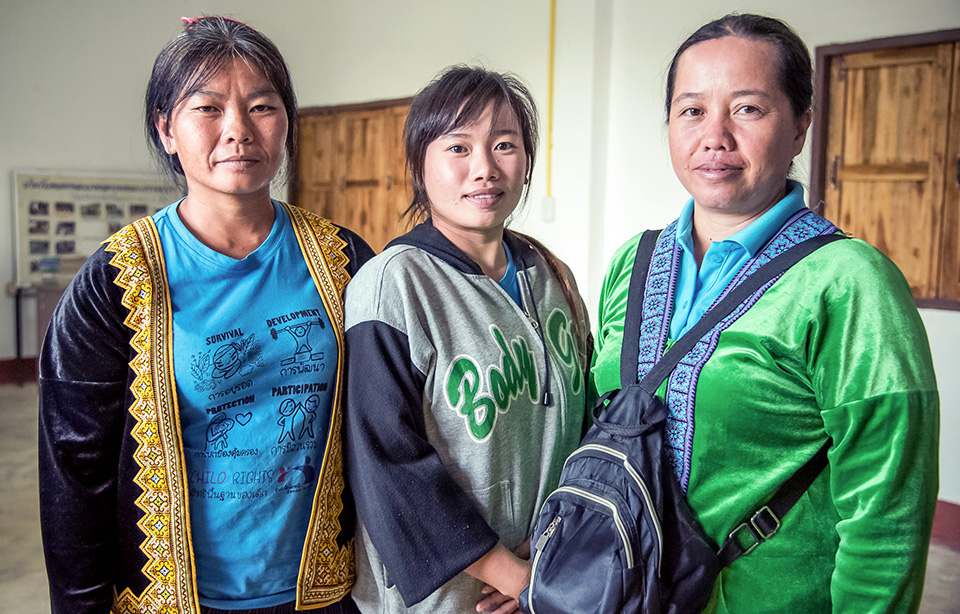 Chiang Khong, Thailand — At first glance, Chiang Khong is like any other town in northern Thailand. Lined with hotels and restaurants, the river offers passersby a glimpse of Lao PDR on the other side. A bridge connecting the two countries means a steady flow of trade and travelers. But 20 years ago, Nunnaree Luangmoi confronted a major problem in the town: pervasive human trafficking and violence against women and girls.

Nunnaree is the founder and director of Center for Girls, a local non-governmental organization, and partner of UN Women. “Sexual abuse was a big problem,” she said. “No one wanted to get involved because it was seen as a family issue. We also had a problem of parents selling their girl children for labour to pay off small debts.” 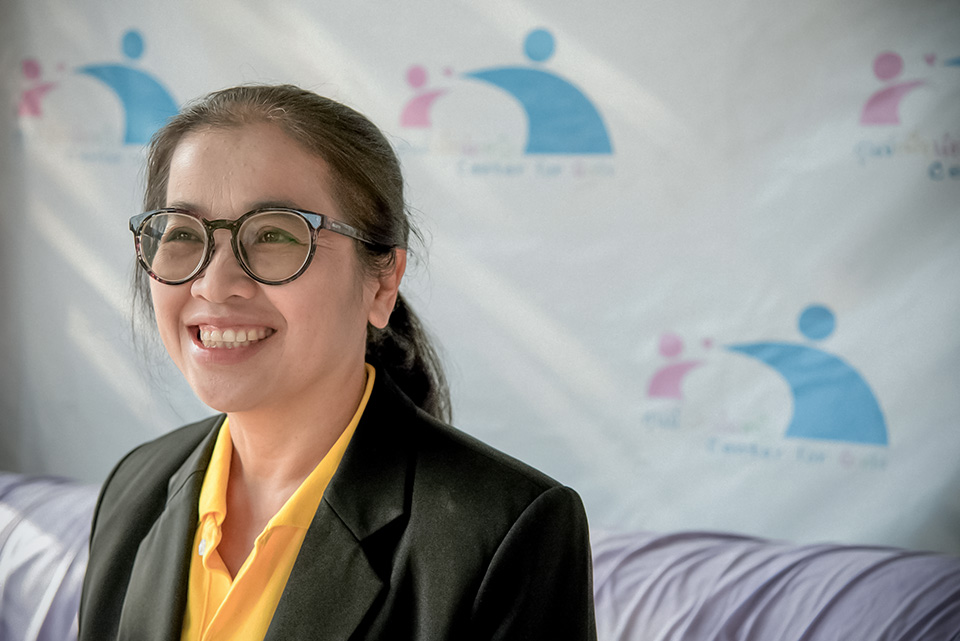 The steady flow of goods and migrants between Thailand and Lao PDR, combined with a population made up largely of ethnic minorities and undocumented people facing economic hardship, makes this community particularly vulnerable to human traffickers. However, Chiang Khong has rallied around Center for Girl’s vision to end trafficking and abuse with an extensive network of advocates and allies. On 19 November 2019, UN Women organized a community visit with First Secretary Mami Ueno of the Embassy of Japan in Thailand and the UN Women Australia National Committee to see the progress the town has made. 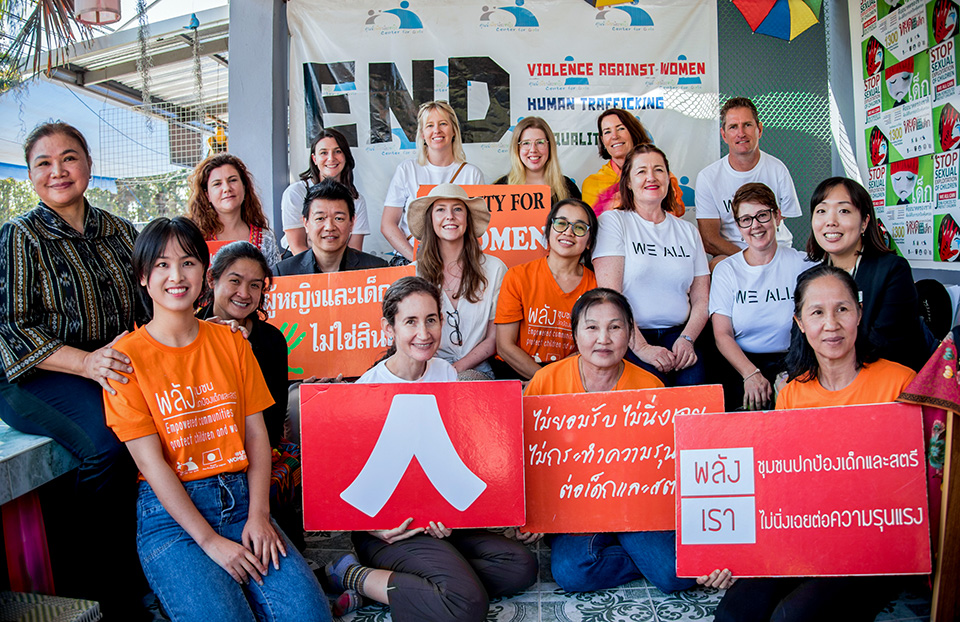 Mami Ueno, first secretary of Embassy of Japan in Thailand (top right) and 10 bicycle riders participate in “Ride for Rights,” a campaign to raise funds for UN Women to prevent trafficking and combat violence against women and girls in Chiang Khong. District. Photo: UN Women/Ploy Phutpheng

A major component of the Center for Girls’ success is the involvement of local businesses and community members. Thunwa Liamphan is part of a monitoring network on sexual exploitation and trafficking, made up of hotel owners and tuktuk drivers from around the city. “Women who face these problems might not know who they can talk to,” he said. “Center for Girls made us aware of the issues, and now we display signs in our hotels with referral information. We also keep a watchful eye for any suspicious activity now that we know the signs of trafficking.” 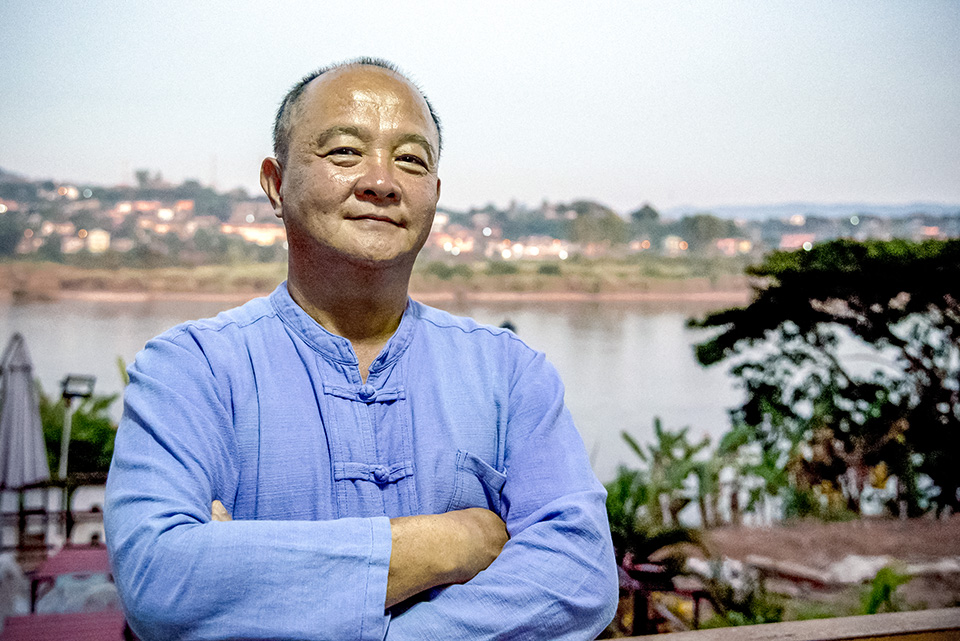 Thunwa Liamphan, owner of a hotel in Chiang Khong, is involved in network on sexual exploitation of women and trafficking. Photo: UN Women/Ploy Phutpheng

The programme also reached out to the large ethnic minority population to create women-led community-monitoring and awareness-raising mechanisms. This includes the display of posters and training on human trafficking prevention and women’s rights. “Before I didn’t know there were traffickers for labour exploitation, so this project is very useful for tribe people,” said Laogao Saeleethe, Chief of Kew Doi Luang, a village populated by the Hmong ethnic group. 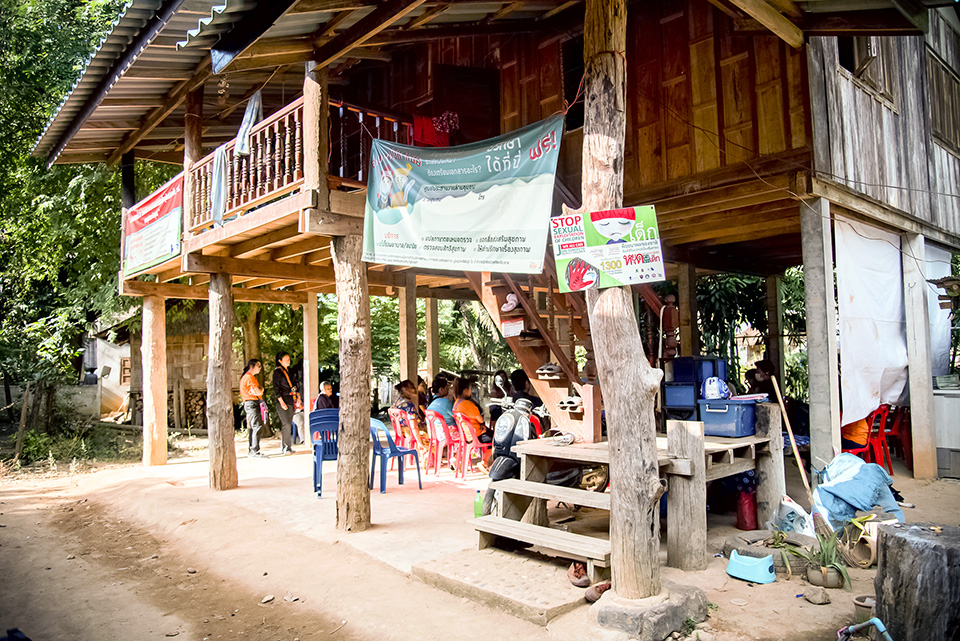 The project engages minority groups, such as this Hmong tribe, pictured at one of the community awareness raising meetings. Photo: UN Women/Ploy Phutpheng

Since 2018, UN Women has been supporting the Center for Girls to expand their programming to empower women as key drivers in preventing and ending human trafficking, exploitation and gender-based violence in at-risk communities in Chiang Khong. The programme also includes emergency support, case referral and relevant services including legal and medical care as well as psychosocial support.

Looking back over the work of the last 20 years, Nunnaree said, “I feel so proud. Center for Girls is changing people’s perspectives on things that happen to children and women. It’s not seen as a family issue any more. Now if someone sees a problem, they know where to go for help.”

Related News
09/12/2020
“It fulfils and motivates me when they say ‘Thank you’, when I see them empowered, knowing where to seek help.”
24/01/2019
ASEAN launches gender-sensitive guidelines for handling women victims of trafficking
04/05/2022
Interview Lori Flohaug
08/03/2022
New UN Study says Fear, Violence, and Isolation Prevents Myanmar Women from Accessing Income and Healthcare
01/02/2022
In the words of Tarikul Islam
END_OF_DOCUMENT_TOKEN_TO_BE_REPLACED