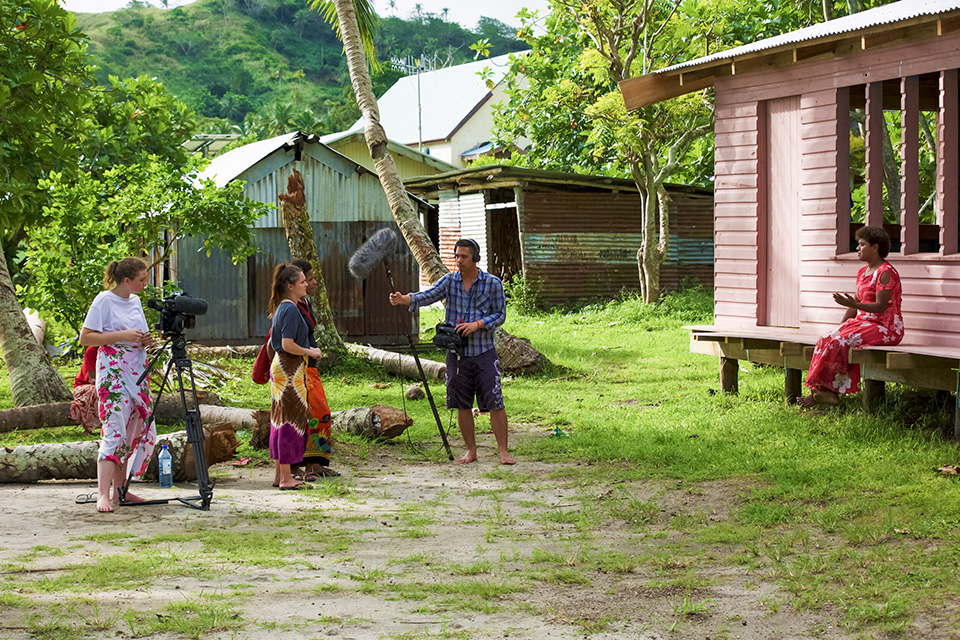 The filmmakers interview a woman in Batiki village during the making of the documentary. Photo: Courtesy of Massey University, New Zealand

“Once we came back from the highland, I cooked some food and we went to look for the other villagers,” she said. “We saw them on the other side. They were all alive, and we took them down and then we shared our foods.”

Lani’s husband, Jim, the local pastor, immediately called for a small church service with the elders to give thanks that they were all still alive.

Ravaga’s recollection of severe Cyclone Winston’s strike on Batiki island on February 26, 2016 is one of the scenes of the award-winning documentary Subject to Change. In the film, farmers, fishermen and other ordinary people, as well as policymakers, tell of how they struggle to overcome the disasters climate change can inflict on Fiji’s vulnerable islands. 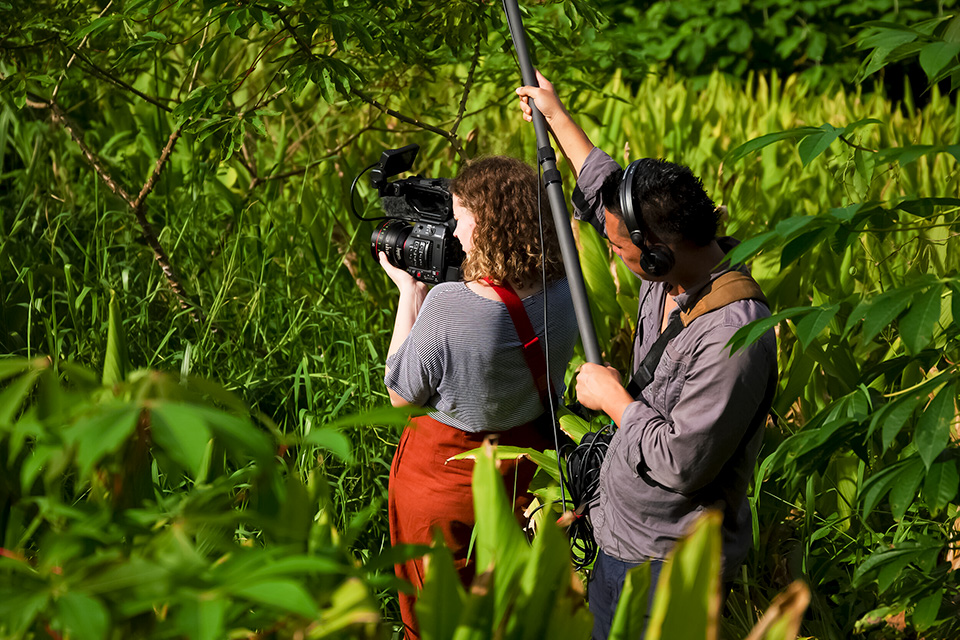 Three women led the making of the film in 2018 when they were students at Massey University/The University of New Zealand: Wiktoria Ojrzyńska as director, co-producer and editor, Amiria Ranfurly as co-producer, and Alexandra Brock as cinematographer and editor.

Subject to Change shows scenes of near-apocalyptic destruction wreaked by cyclones and climate-induced disasters.Through the voices of women like Ravaga, the film offers moments of reflection on how much there is to lose — land, culture, languages, life.

Luisiana Rasalasea, another survivor of Cyclone Winston, says in Subject to Change: “I’m hopeful for a better Batiki where development can be sustained. For the sake of our children and their children, we anticipate regular rain that can keep our water tanks full, and no more storm surges to return on our shores.”

Ranfurly, the producer, talked about making the film in an email interview with UN Women last year: “Climate change affects everyone; climate change is a responsibility for everyone. I learned that there are so many levels of the climate change discussion. Many different people have very different approaches on how to tackle climate change, and all are valid and hold great importance. I think what drives people to take action is not so much the statistics and numbers which show obvious call for action, but more so the emotional connections we have.” 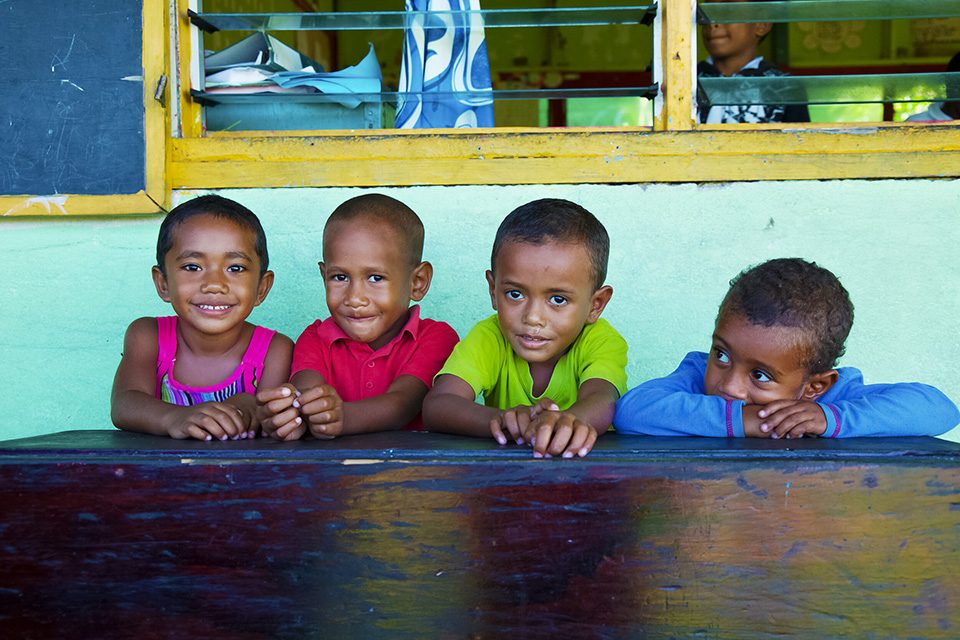 The future of Batiki lies in its children. Photo: Courtesy of Massey University, New Zealand

UN Women works in Asia and the Pacific to reduce the particular vulnerabilities of women and girls to climate change and disaster risks and helps them take leading roles in preparation and response. UN Women and UN Environment jointly carry out the EmPower Women for Climate-Resilient Societies project, funded by Swedish International Development Cooperation Agency. With the support of Goethe-Institut, Germany’s cultural institute, in recent months EmPower has hosted film screenings and panel discussions in Bangladesh, Cambodia and Viet Nam to encourage public conversations on gender and climate change; hundreds of people have attended the screenings.

Supported by New Zealand’s Ministry of Foreign Affairs and Trade, Subject to Change was screened at the COP24 international climate change conference in Katowice, Poland in December 2018 and at the Oceania exhibition hosted by the Royal Academy of Arts in London in late 2018. It has won several film awards internationally.

She said in an email this month: “We had chosen to donate to the Port Macquarie Koala Hospital to help those who cannot survive this tragedy alone, and to the Fire Relief Fund for First Nations Communities to get the support and assistance they need during this time – because we know how important indigenous knowledge and practices are in the fight against climate change.”

Related News
13/10/2021
Take Five: “Women are a driving force in disaster risk reduction and emergency response”
21/02/2020
Viet Nam’s journalists learn how to report on women and risks of climate change
22/11/2019
Strengthen women’s livelihoods and participation for greater resilience to disasters and climate change in Viet Nam
14/08/2019
Take five: “Addressing gender and protection issues in humanitarian action is lifesaving and planning and budgeting needs to reflect that”
08/07/2019
Stepping in: Women must lead in dealing with natural disasters in Cambodia
END_OF_DOCUMENT_TOKEN_TO_BE_REPLACED