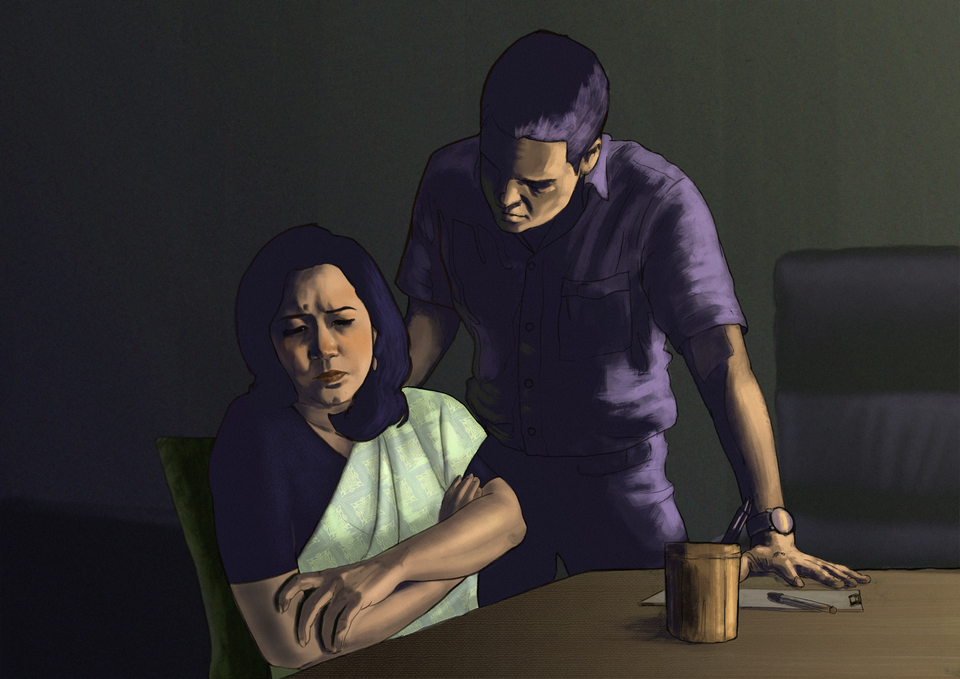 Sharmila* was 25 years old when her husband was abducted by an armed group. Despite several of her neighbors witnessing the abduction, Sharmila was not able to find her husband or receive help from authorities. With three young children and no job, she began borrowing money from her husband’s friends and relatives.

When members of the armed group began visiting her house to threaten her, Sharmila reported the threats to an authority and also told the authority about her poor financial situation. The man offered her help. But while filling out job applications in the man’s office, he leaned against Sharmila’s body and asked for sexual favors in exchange for the job he had promised.

Cases like Sharmila’s are common in Sri Lanka, where sexual bribery and exploitation of widows - particularly female heads of households - in exchange for essential services have been recorded. During the 30-year-long civil war, many men were killed or forcibly disappeared. Over 1.3 million female heads of households[1] in the country, many of which have husbands who are deceased or missing, now must cope with the loss of their family members and take up new roles as income earners.

In addition to their own trauma from the conflict, these widows face multiple issues, such as poverty, discrimination, and limited support. Due to their status as widow, women must now step outside of their socially acceptable role as caregivers to becoming providers, make them vulnerable to sexual exploitation and bribery, especially when attempting to access essential services or gain an income. Compounding this problem is the post-conflict context, which has created a shift in societal dynamics, with more women taking up traditionally male-driven gender roles.

A project, titled ‘Hidden Challenges: Addressing Sexual Bribery Experienced by Military Widows and War Widows in Sri Lanka to Enable Resilience and Sustained Peace’, aims to address this problem. The project, carried out by UN Women in partnership with the Centre for Equality and Justice (CEJ) and the United Nations Development Programme (UNDP), will empower widows and their families and will work with state intuitions to ensure accountability and end impunity for sexual exploitation and bribery.

This project comes at an important time, as Sri Lanka marks ten years of reconciliation and healing after the war. Ramaaya Salgado, Country Focal Point for UN Women in Sri Lanka, said: “This is not just an issue for the women of Sri Lanka but an issue for society as a whole. Sexual exploitation continues to erode trust in institutions providing essential services, which prevents the recovery of widows. We cannot discuss gender equality, unless we consider the myriad of issues faced by diverse groups of women, including military and war widows.” 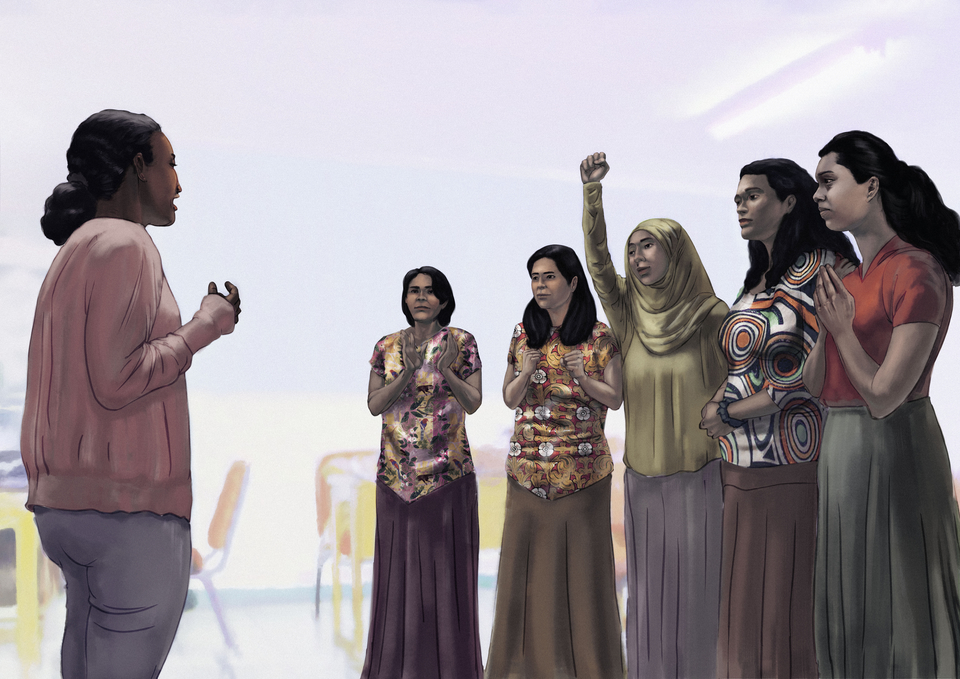 One key component of the project is the formation and support of widows’ collectives. Many survivors of exploitation are reluctant to make complaints due to social stigma and a fear that they will lose respect in their communities. Further compounding the issue is their economic dependence on the same institutions where they experience abuse. In the case of Sharmila, fear of shame from her community prevented her from reporting. “This hurt me more the threats from the armed men coming to my home. He is from our community. I felt ashamed and guilty and was worried someone would find out,” she said.

By improving women’s access to information and services, supporting sustainable income-generation, and showing women they are not alone, they will be empowered to access services and contribute to peace in their communities. As Sri Lanka transitions into a new decade of reconciliation, unlocking the potential of war and military widows as peace agents can propel the recovery and healing.

----
*The name and some details of the story and quotation have been changed to protect the survivor’s identity.

‘Hidden Challenges: Addressing Sexual Bribery Experienced by Military Widows and War Widows in Sri Lanka to Enable Resilience and Sustained Peace’ is an 18-month project to empower military and war widows in Sri Lanka. The project is supported by the Peacebuilding Fund for USD 1.5 million.

Take Five: “We should have zero tolerance for sexual bribery”

Related News
27/05/2020
Take five: “We should have zero tolerance for sexual bribery.”
30/11/2021
Knowledge Hub on Labour Migration in South Asia Launched
07/10/2021
From Where I Stand: “Seventeen is too late for children to learn what sexual assault is”
28/09/2021
For more livable communities, more women leaders are needed in waste management in Sri Lanka
07/09/2021
The Covid-19 pandemic is an opportunity to strengthen women’s economic empowerment in Sri Lanka
END_OF_DOCUMENT_TOKEN_TO_BE_REPLACED