Take five: “We should have zero tolerance for sexual bribery.” 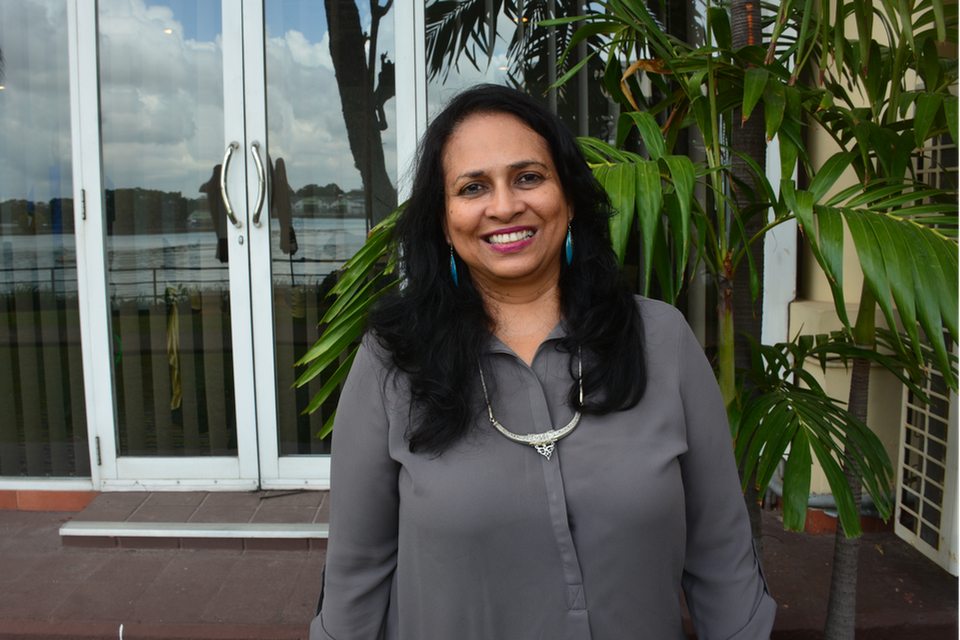 Shyamala Gomez is the Executive Director of the Centre for Equality and Justice (CEJ) in Colombo, Sri Lanka. CEJ supports war affected women from Sinhala, Tamil and Muslim backgrounds to advocate for their rights and for transitional justice and reconciliation in their communities. Gomez, a human rights lawyer by training, sat down with UN Women at the beginning of a programme designed to address sexual bribery experienced by military and war widows in Sri Lanka.

Through the 30-year civil war in Sri Lanka, over 1.2 million women became heads of households.[1] A study of 292 military widows, found that nearly half experienced some form of sexual harassment, including sexual bribery, when attempting to access services from state and other institutions (for example to receive the salaries/pensions of their deceased military spouse). [2] The programme, joint with UNDP, will empower military and war widows to overcome sexual bribery and sexual exploitation through economic empowerment and promoting the awareness and accountability of public officials and institutions.

Why is sexual bribery and exploitation of war and military widows important in post-conflict Sri Lanka?

During Sri Lanka’s civil war, rape and other forms of sexual violence were alleged to have been committed. Despite the formal end of the conflict in 2009, this normalized climate of violence against women continued in many forms, including sexual bribery and sexual exploitation of war and military widows. This exploitation is connected directly to the war, as the women became widows because of the war, and the need for truth, justice and reparations have also been primary reasons for war widows to attempt to access institutions where they are exploited.

It is important that we ensure perpetrators are held accountable. It is also important that we start to think about sexual bribery and exploitation within the framework of conflict-related sexual violence – because it is conflict related. In terms of reconciliation and reparations from the war, we need to bring issues of women and issues of gender-based violence into this conversation.

How is your organization making an impact?

Our organization brings light to this subject by conducting research and collecting case studies of women who have experienced sexual bribery and exploitation. So far, we have collected 45 case studies of Muslim, Tamil and Sinhala military and war widows. We then use this research to lobby and advocate with policy and lawmakers.

The conversation about sexual exploitation and bribery has never been discussed publicly prior to now. But because of our documentation, we have been able to give visibility to the issue.  One concrete example is that the Commission to Investigate Allegations of Bribery or Corruption (CIABOC) is beginning to recognize the issue of sexual bribery. After two years of lobbying by CEJ, a separate section on sexual bribery was included in the National Action Plan on Anti-Corruption formulated by CIABOC.

What are the key challenges?

It was a hard task to collect these case studies, as it is a difficult subject for women to discuss because of stigma and trauma. It is hard to admit you suffered sexual bribery when accessing public services. This is also the first time such a study has been done in Sri Lanka.

Another key challenge has been working in Sri Lanka since the Easter bombings.[3] Due to security issues, we had to stop our field work, and we anticipate more challenges will come due to the upcoming Parliamentary elections. There is a rising anti-Muslim sentiment in the country that we also attempt to indirectly address through our project.

What does the project supported by UN Women intend to achieve?

Firstly, we want to bring more visibility to this issue. This means creating awareness among women in these communities that they are not the only ones this is happening to and working with public officials and lawmakers to bring law reforms. One area we are excited about is the use of social media and other creative means such as puppetry and forum theatre to get the information out. We are also taking a holistic approach by providing livelihood and empowerment initiatives for women, so that the women can become less vulnerable in terms of financial insecurity.

Why is this issue important to you?

[3] On 21 April 2019, Easter Sunday, three churches in Sri Lanka and three luxury hotels in Colombo were targeted in a series of coordinated terrorist suicide bombings.