Digital technology opens a window for rural women in Qinghai 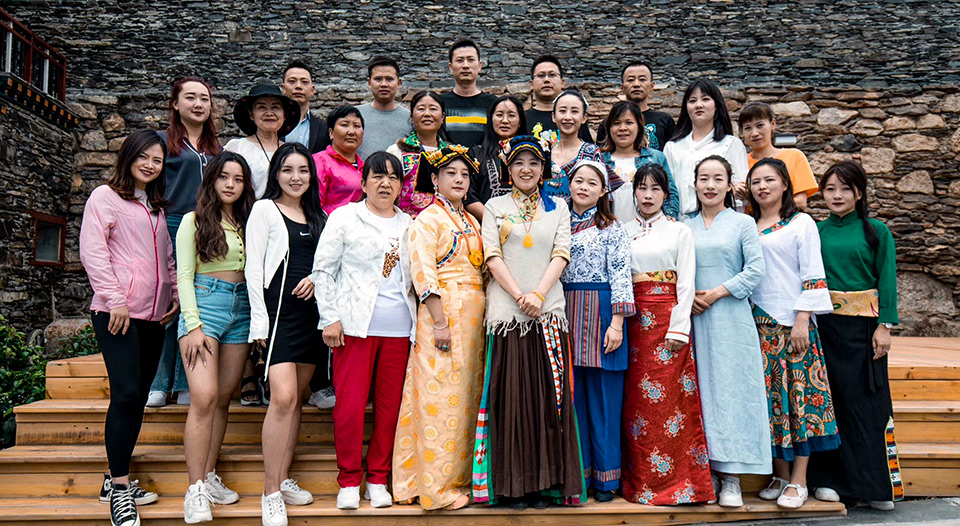 A group picture of all the students after the training session. Photo courtesy of IGSNRR

Sat in the cozy classroom of a cyber-celebrity incubator in Aba, Sichuan, Li Ying gestures towards her smartphone with an enthusiastic smile. “I want to study as much as I can,” says the 54-year old, the colours of her clothing bright against the mountain view behind her. “It's much better to make money on my own than to reach out for my husband. After returning home I want to try to operate my own WeChat Moments to sell our local specialties such as black beans, fried noodles, black wolfberries, and cordyceps."

Li Ying, along with other women from two small villages on the Tibetan plateau, had been brought together in Aba for a training on new media skills. Led by Influencer Jiarong Sister Ajuan, it was held in a Sichuan centre that nurtures and launches ‘Internet celebrities’. With the help of local women’s associations in the villages, a small group had been selected who were able and willing to try promoting their local economies through e-commerce. Their attendance at the six-day training is part of a programme supported by UN Women and CHANEL Foundation to help improve opportunities for rural women and increase their resilience in the face of a changing climate. With the training held in August, after the start of the COVID-19 pandemic, trainees were especially keen to learn how to earn an income while staying home. 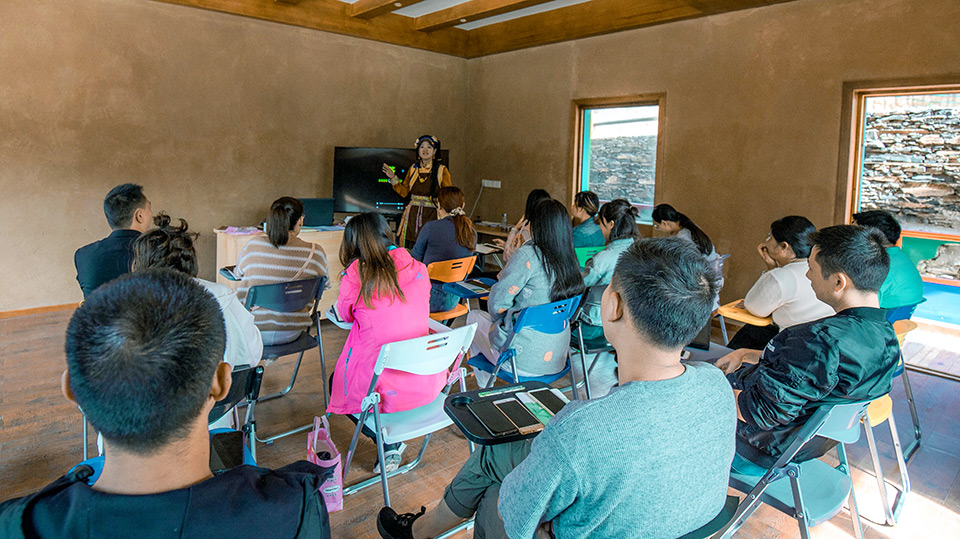 A session led by the influencer Jiarong Sister Ajuan showing an example of how to make short video. Photo courtesy of IGSNRR

Each day, the women would gather in the incubator classroom with other hopeful, and mostly much younger, Influencers-in-the-making. With their trainer, they explored the best applications for new media versus self-operated social media and learned about different e-commerce and community platforms, marketing psychology, and live online sales skills. The group looked at case studies to understand how social media celebrities had turned e-commerce into profit, and were taught how to improve their prospects by promoting their own unique products and developing practical skills like videography and post-production.

The women had all spent their time running small businesses in their Qinghai Province villages, and the training saw them discover new ambitions. All were keen to pursue a much wider audience for their products and local folk customs. Others like, Li Ying, also relished the opportunity to be less dependent on the main breadwinner in their family, or simply to express themselves in a new way. 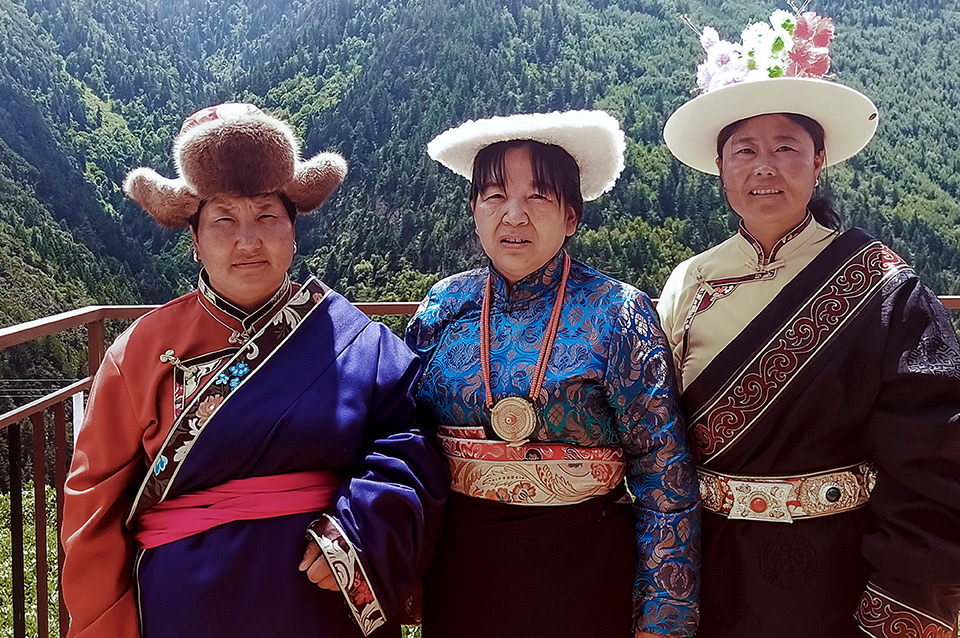 A tall woman in her forties, Qi Youmei leads the women’s association in her village in Huzhu county, and particularly valued learning how to shoot, edit and process videos. During the training she began to develop a business idea involving Pan embroidery, specific to her Tu ethnic group. “I think popular embroidery pieces can be used to make ‘patches’, the decorations on clothes and trousers,” she said. “When I return home I would like to sort through our Pan embroidery products, take more photos, and release videos online to tell people how they are made and how to be used."

Yan Shenglian, who lives in the same village as Li Ying, owns a family pig farm and has begun to generate a good profit from her pork products, along with milk and mutton from a smaller number of cows and sheep. This has improved markedly, she says, since she became involved with the UN Women programme in 2018 and joined a series of trainings for women entrepreneurs. She already has over 1,000 followers in her Kuaishou account, and by combining her newly-learned videography and plot planning (story-telling) skills, she is now planning a new series of dynamic short videos about her lifestyle and products so that she can grow her follower base even more. She also intends to use Kuaishou, and WeChat Moments to reach other female villagers like herself, to share experiences and grow a network. Yan Shenglian particularly values new media for its power as a connector, describing Internet celebrity as a ‘magnet’ that can bring many sectors and audiences together. It was Kuaishou, she says, that allowed her to sell 46 pigs during the COVID-19 lockdown, significantly boosting both her income and her aspirations.

Meanwhile, as these graduates return home with ambitions to connect their voices, lives and economies with a newly wide world, and help the villagers around them do the same, a new cohort of women prepare to take their place. Yan Shenglian has high hopes for rural women such as herself in this new field. “We can make our own opportunities,” she says, confidently.

New Media Skills Offline Training for Rural Women's Economic Empowerment Project in Qinghai Province is part of the programme, Strengthening Qinghai Women Farmers’ Income Security and Resilience in a Changing Climate. It will run from July 2018 to June 2021 and is supported by CHANEL Foundation.