During their recent visit to China, the Valencia Club de Fútbol (CF) conducted a training clinic and mini-match with 15 girls and 15 boys from the Beijing Royal School (BRS) as part of the partnership signed with UN Women to promote gender equality around the world.

Ten-year-old Li QingChen, one of the girls participating, was very excited to be at the Bird’s Nest Stadium with the Valencia CF players: “The moment I saw so many famous athletes from the team I felt great and joined them to have fun playing football. I talked to the coach and learned a lot.” She said. 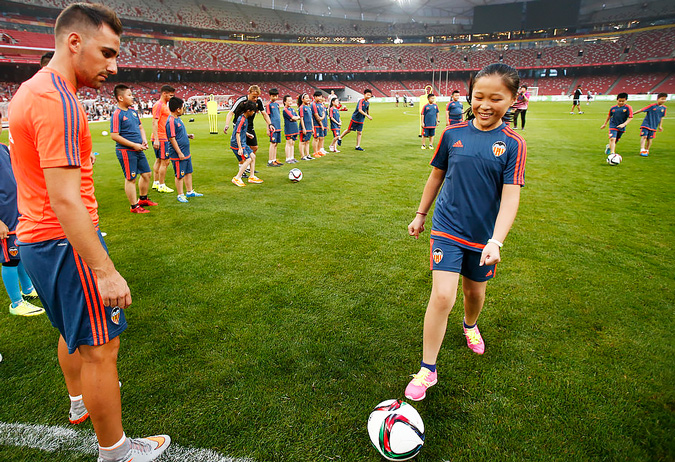 Li QingChen, a student from the Beijing Royal School during the training clinic with Valencia CF at the Bird’s Nest Stadium. Photo: Valencia CF/Lázaro Dela Peña

Li, who wants to be a music teacher, added: “I think boys and girls are the same. We are not only friends but also teammates playing for our future.”

Her school is currently conducting a UN Women-supported programme called ‘Peer Leadership for Healthy Relationships’ which employs peer education and social media approaches for the prevention of violence against women and girls.

Li Tietuo, BRS’s physical education teacher, said: “I think sports are a great way to promote gender equality. When boys and girls practice sports on the playground, they show no discrimination and no distrust. They help each other and try to win the game. As a teacher, I always give girls and boys equal opportunities and rights on everything, and make sure all games lead them to help each other, learn from each other and compete as a team.” 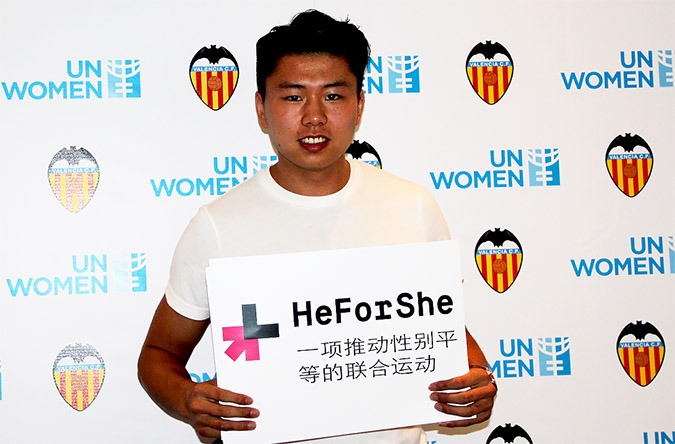 Ms. Chan Lay Hoon, President of Valencia CF, talking at the press conference held after the training, explained: “In treating girls and boys as equals, we hope to imbue in them the importance of forming healthy relationships with the opposite sex as a way to eradicate gender violence. Therefore, this meaningful social activity became more than just a sports event for our club.” 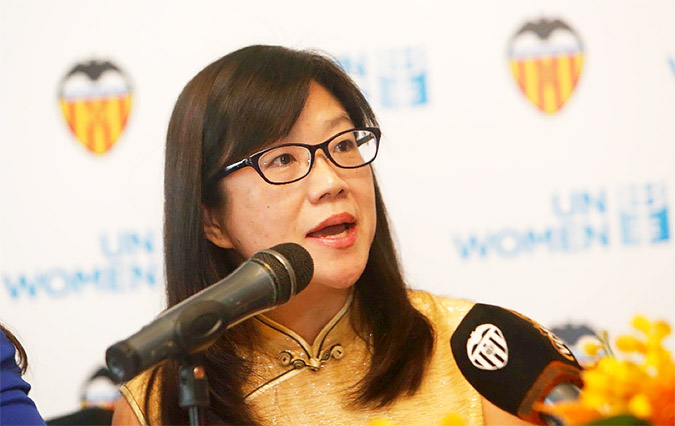 In a statement released on the occasion of the Women’s World Cup in Canada, Phumzile Mlambo-Ngcuka, UN Under-Secretary-General and UN Women Executive Director, said “Women and girls should be encouraged to explore sports, and anyone who would like to participate should be able to do so. In some cases, this may require increased investments; in others, a rebalancing of resources to ensure equal opportunities for men and women, girls and boys. Sport and the pursuit of gender equality can be mutually reinforcing — through the creation of role models, the promotion of values and powerful outreach. Both can generate a dream and drive people to strive for change, unleashing tremendous benefits for individuals and for our societies at large.”