Beijing, China – Participants in a forum co-organized by UN Women have discussed ways for private companies to better integrate gender equality goals into their internal policies as well as their social outreach programmes.

UN Women’s WeEmpowerAsia programme and the EU Delegation to China were the joint organizers.

WeEmpowerAsia, an EU-funded programme, supports women in business, partly by encouraging companies to sign on to its WEPs, or Women’s Empowerment Principles. Rockcheck Puji Foundation and Zhilian Zhaopin, two main private-sector partners working with UN Women on economic empowerment were the supporting organizations the conference. 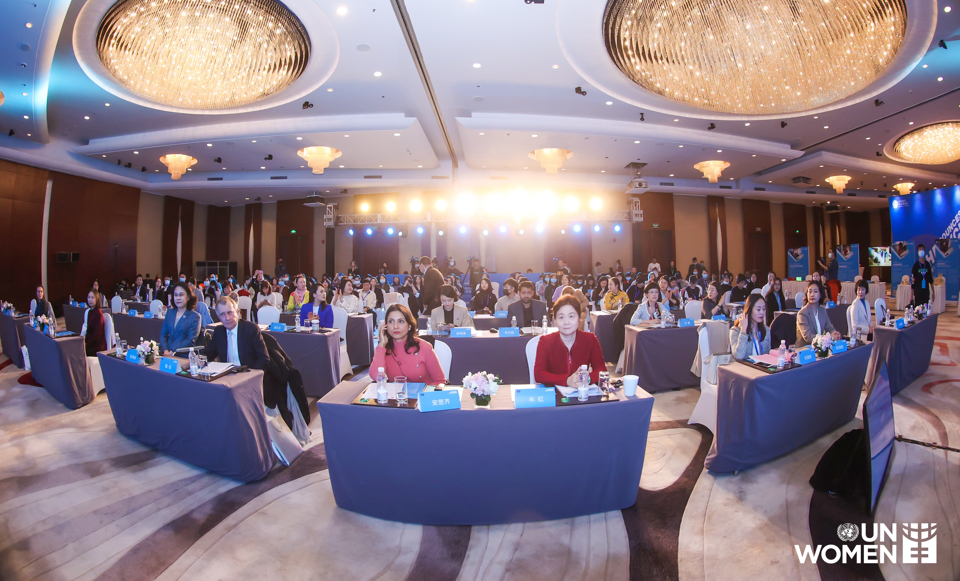 “As employers of a large workforce, the positive impact you can make in narrowing the gender gap, whether it is by creating decent work opportunities, equal pay for equal work or releasing care burden from women, is tremendous,” she said. “Likewise, the potential that companies can create a next generation of women leaders as decision makers in business practice, is unprecedented.” 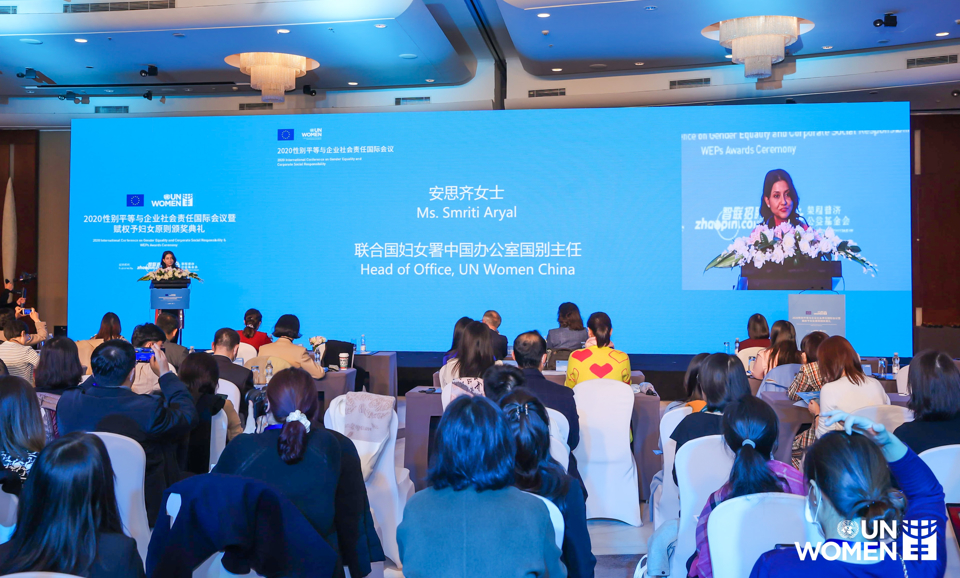 Mu Hong, Director-General of the All-China Women’s Federation, told the conference that the Chinese Government’s newest National Program for Women’s Development will include the principles of “ensuring women's equal participation in the economy and enhancing women's economic empowerment”. 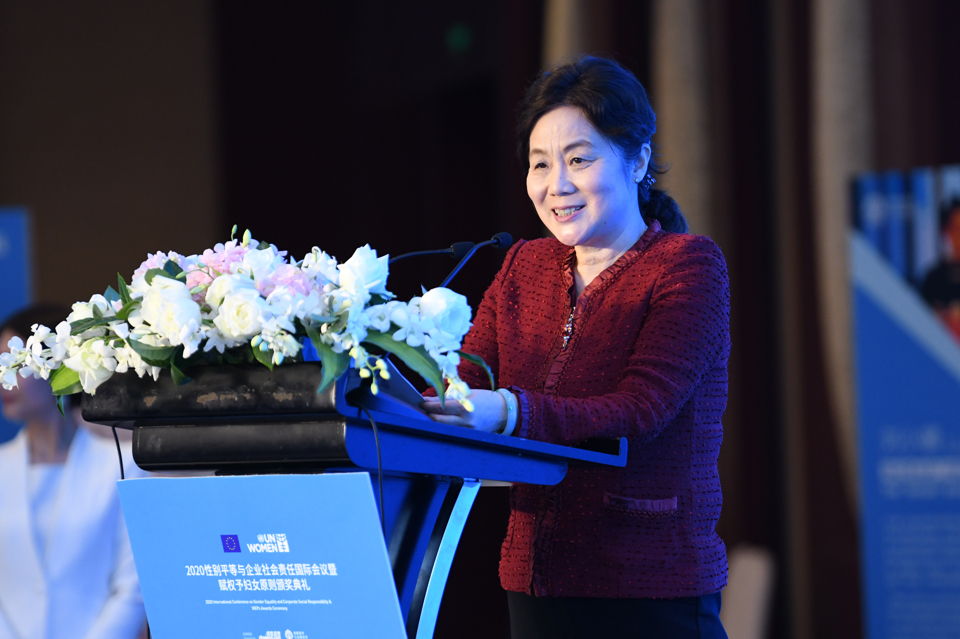 Nicolas Chapuis, Ambassador and Head of the Delegation of the European Union to China, told the conference about the EU Gender Equality Strategy 2020-2025. Its key objectives include closing gender gaps in the labour market; achieving equal participation across different sectors of the economy; and addressing the gender pay and pension gaps. 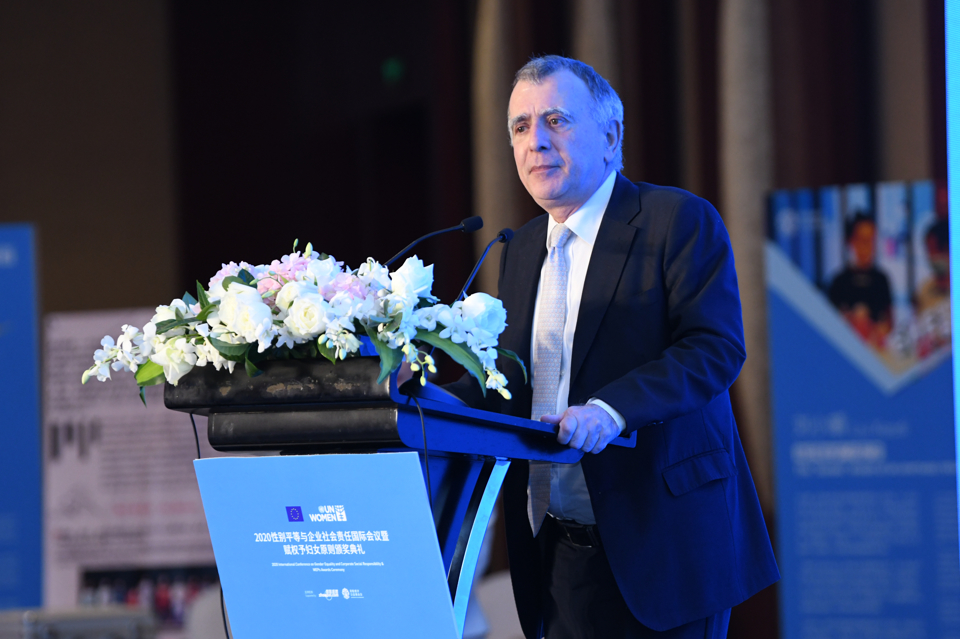 During the event, UN Women held a special exhibition, She Bounces Back, that showcased the leadership of Chinese women during the COVID-19 pandemic. Seven female entrepreneurs described how they had overcome the pandemic’s challenges to their small and medium-sized companies. 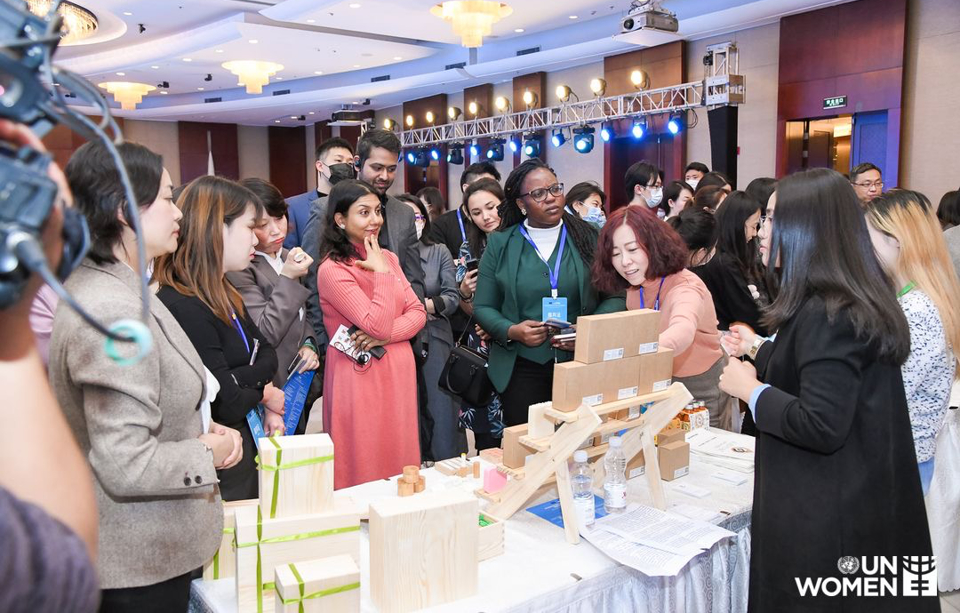 Participants listen to the female entrepreneurs at the She Bounces Back exhibition. Photo: UN Women/Zhou Xiaowu

UN Women presented WEPs Awards to 10 business leaders who promoted gender equality. These were the first-ever such awards given in China by UN Women and is part of the inaugural regional WEPs Awards initiative launched this year. To date, 102 companies in China, including Zhilian Zhaopin, have signed on to the WEPs. More than 3,700 companies have done so globally. 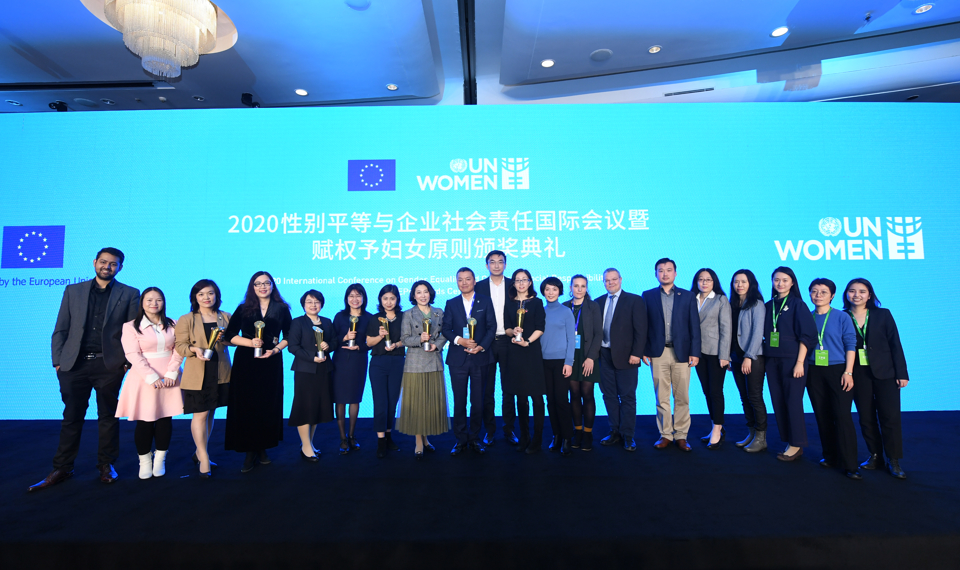 About WeEmpowerAsia
WeEmpowerAsia is a UN Women programme funded by the European Union that seeks to increase the number of women who lead and participate in business in China, India, Indonesia, Malaysia, the Philippines, Thailand and Viet Nam. For more information, visit http://weempowerasia.org.