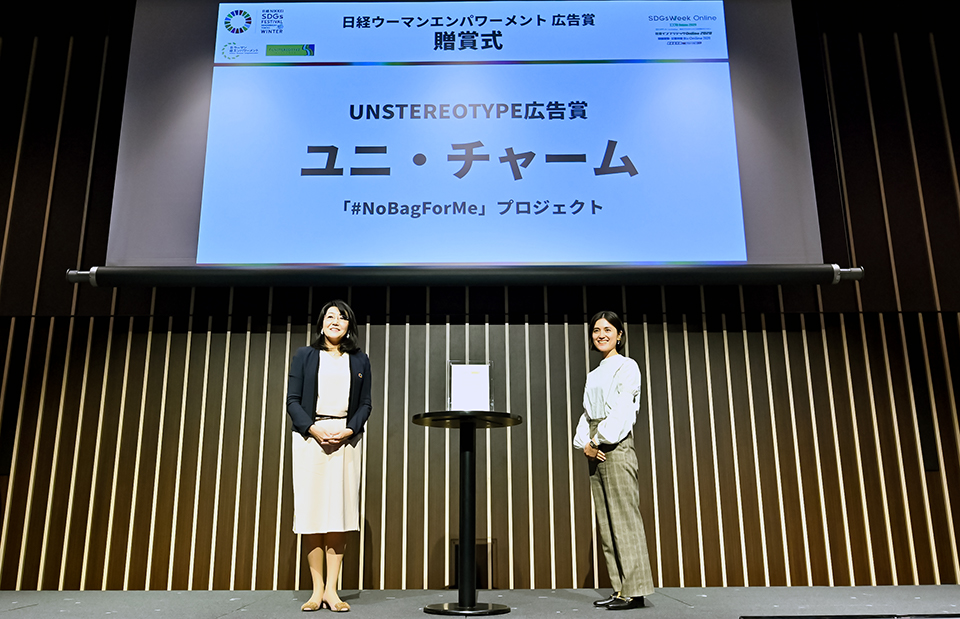 Tokyo, Japan — In support of the UN Women-convened Unstereotype Alliance’s mission to eradicate harmful gender-based stereotypes in all media and advertising content, Nikkei Inc. the largest financial newspaper in Japan and the founding member of Unstereotype Alliance Japan Chapter, has announced its first winner of the Nikkei Unstereotype Award — the #NoBagForMe PROJECT 2019-2020 by Unicharm.

The #NoBagForMe PROJECT 2019-2020 was an ad campaign to challenge shame and stigma surrounding menstruation in Japan and encourage all genders to speak openly about menstruation. The ad challenged the typical practice whereby female hygiene products are covered in a bag when purchased in Japan, instead encouraging people to stop hiding their purchase and change the perception that menstruation is something to hide.

Among 46 ads submitted for the award, the judges, including UN Women Japan Liaison Office and Unstereotype Alliance Japan founding member Japan Advertisers Association(JAA), selected the #NoBagForMe PROJECT 2019-2020 as it fully aligns with the 3Ps framework* and successfully considered Presence, Perspective and Personality in the execution. 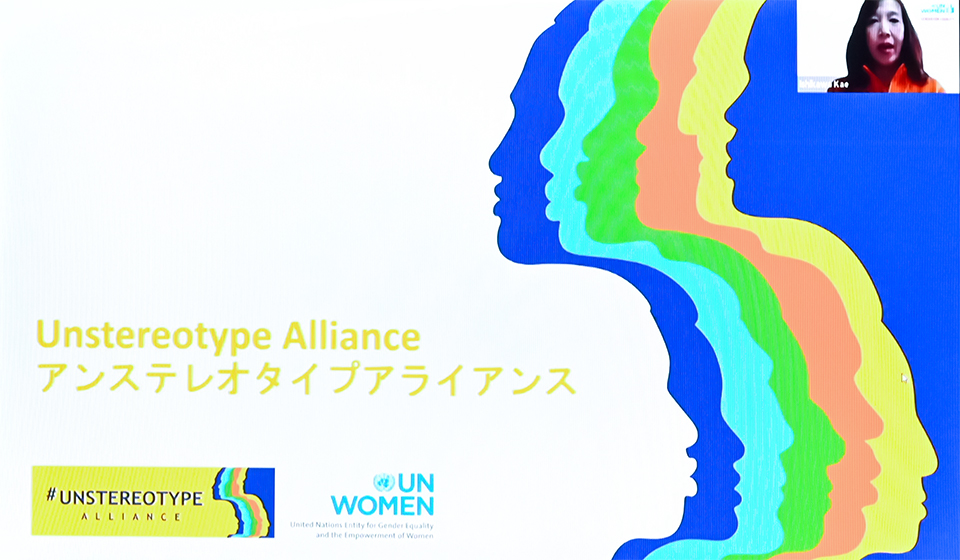 In her video message, Director of UN Women Japan Liaison Office, Kae Ishikawa said, “The COVID-19 pandemic is having devastating social and economic consequences for women and girls here in Japan and in the world. Right now, companies have a particularly crucial opportunity through their advertising and communications to inspire our communities to challenge negative gender stereotypes and promote positive gender roles, to everyone’s benefit. I hope the first winner of the Nikkei Unstereotype Award inspires more companies to join the Unstereotype Alliance Japan Chapter and champion this global movement for gender equality and empowerment of women.”

Mr. Yoshihiro Hirata, Senior Marketing Director of Nikkei said, “Nikkei Inc. is happy to be able to establish the Unstereotype Award in cooperation with UN Women Japan Liaison Office and Japan Advertisers Association Inc. We hope to contribute to making the concept ‘Unstereotype’ well known in Japan not only through the recipient of the award but also through other submissions, and contribute to achieving gender equality.”

Mr. Masatoshi Ito, President of JAA, another founding member of Unstereotype Alliance Japan Chapter said, “Gender equality is one of the most important and pressing global issues. The impact that advertising could make is significant for creating a better future. JAA wishes to sincerely congratulate Unicharm for its work. Through such an award, it is hoped that more companies, consumers and communities will learn and be further engaged in creating an unstereotyped society.”

Speaking on behalf of Unicharm Cooperation, the winner of the first Nikkei Unstereotype Award, Ms. Chikako Nagai of the Unicharm Japan Marketing Department, expressed her sincere appreciation to all women, social media influencers and everyone else who cooperated with this project. “We hope that having a mutual understanding regarding menstruation and access to diverse choices of female sanitary products will help unstereotype the negative image of menstruation and allow women to live their lives freely. We look forward to continue promoting #NoBagForMe campaign with all of you.”

As convener, UN Women Japan Liaison Office will welcome more private sector partners to join the Alliance and lead the creative industry in addressing unconscious biases against women and girls.

The Unstereotype Alliance 3Ps Framework is a proprietary set of tools utilized across members of the Alliance to champion and create unstereotyped advertising and media content. These tools focus on three areas — Presence, Perspective and Personality.