A total of 315 vulnerable women-headed households affected by the 2020 flooding and COVID-19 in four communes of Quang Tri province, central Viet Nam, received cash grants of VND 4 million (173 USD) each from UN Women to rebuild their livelihoods.

When Quang Tri Province suffered the worst flooding in 41 years in October 2020, Le Thi An and her family of six flower farmers knew that they were facing difficult times. 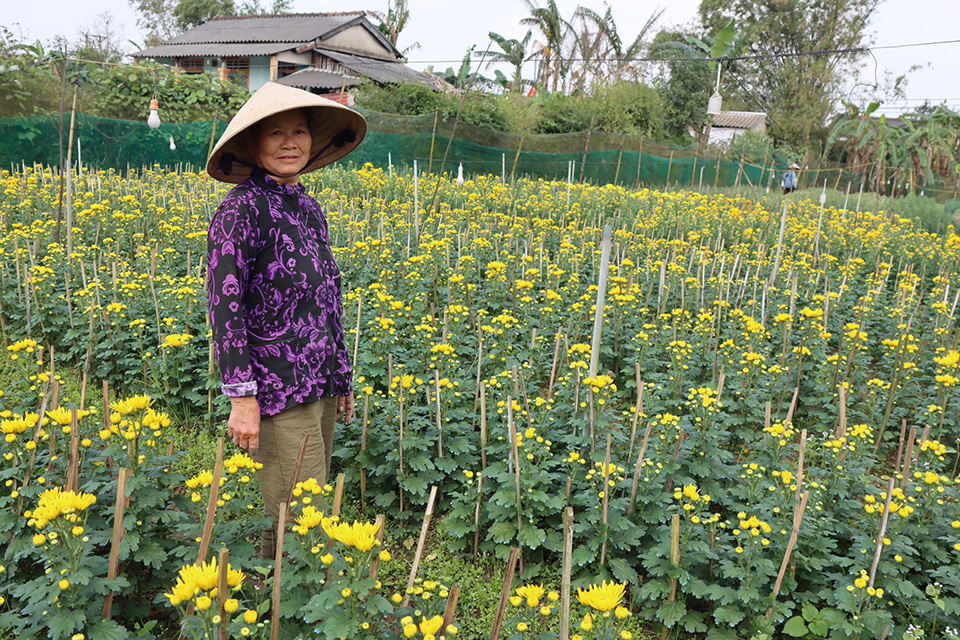 “The income of my family depends much on selling flowers, but our fields were all destroyed by the historic flood,” said Le Thi An, 58, who lives in the province’s Trieu Hoa commune. “We had borrowed 28 million VND (around 1,150 USD) to buy flower cultivars, and have to pay the interest every month. I could not sleep well for many nights.”

Luckily An’s headache has been partly solved. In January, An’s family together with another 314 vulnerable women-headed households in four communes of Quang Tri province each received a cash grant of VND 4 million (around 173 USD) from UN Women through Viet Nam Women’s Union to build back their livelihoods. 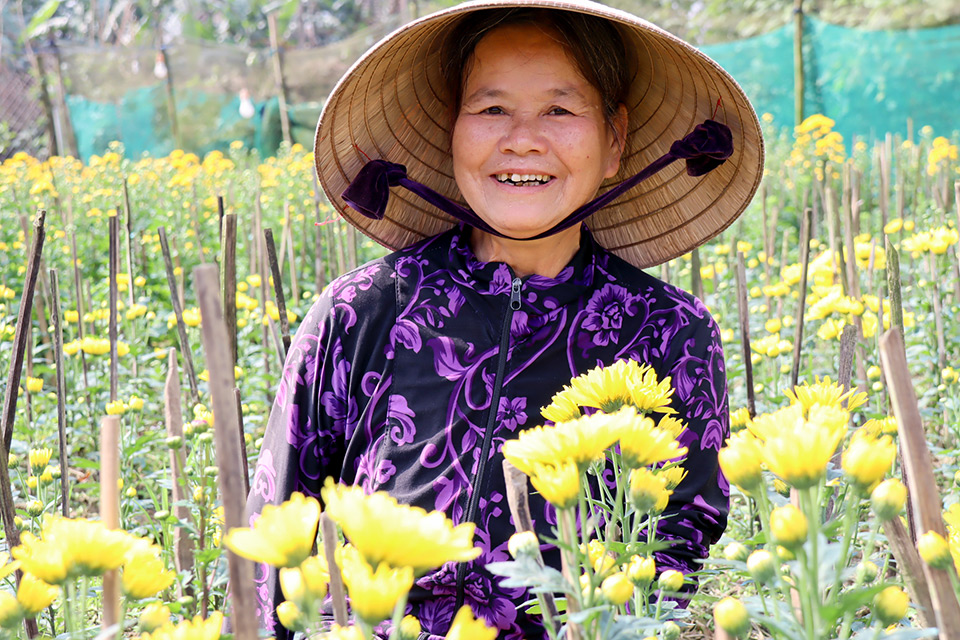 “The money came at a very good time. It helped my family a lot in the difficult time. I used the money to buy flower cultivars and fertilizer. If everything goes smoothly, by March, the daisy fields can bring us 20 million VND [860 USD].”

Mrs. Tran Thi Quyt, 60, is disabled and the breadwinner of a family of four people also with disabilities in Trieu Son commune. Like An, she lost all poultry as well as income from her vegetable fields due to the heavy flood and COVID-19, but has now recovered her resilience.

“With the support money I bought two piglets, some chickens and fertilizer. I also received two trainings from Women’s Union on how to raise them correctly to avoid sickness and get the highest price.” 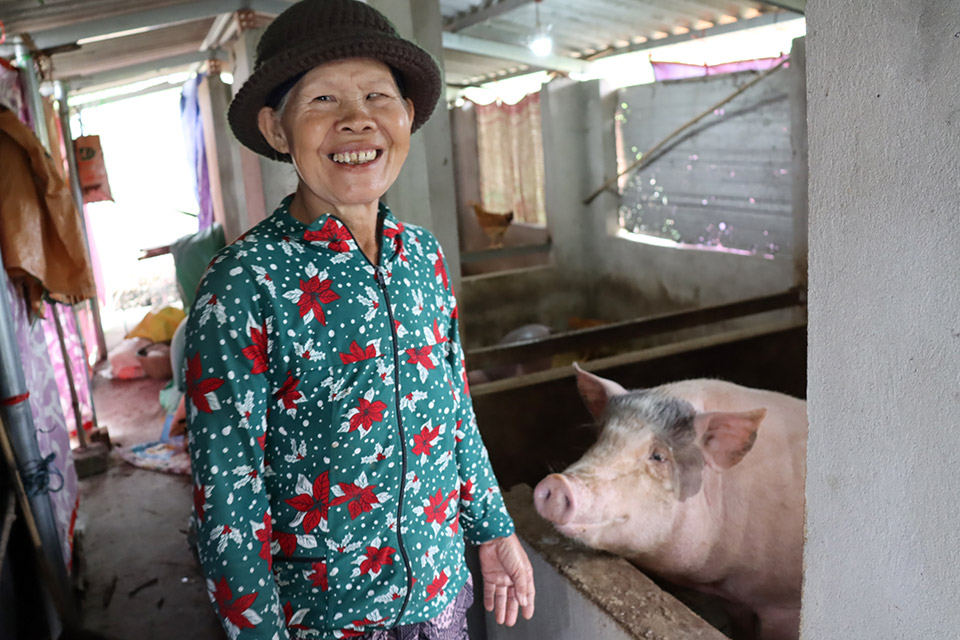 Quyt was very happy to share that she could earn up to 15 million VND (around 650 USD) when she sells the pigs and chicken after Tet, the Lunar New Year.

“I will use the money earned from selling the pigs and vegetables to build a new room for my elder son so he can get married. Last year, he lost his job due to COVID-19 and we did not have money to do that.”

The historic flood caused more than 30 trillion VND of damage across the region. In total 192 people were killed, 57 people missing, and hundreds of thousands of houses as well as hectares of rice, crops and aquaculture were damaged. The disaster compounded the difficulties from the pandemic already affecting people in central Viet Nam.

In addition, according to an assessment conducted by UN Women and the UN in Viet Nam, women are more severely affected than men by floods, lack of clean water, poor sanitation and hygiene and poor health.“The floods and COVID-19 increased women’s work burden, including unpaid care work and household chores like cleaning up after the flood, taking care of children and sick people during the social distancing time.” said Elisa Fernandez Saenz, Representative of UN Women in Viet Nam. “This situation reduced their chances of participating in other income-generating jobs, increases their vulnerability and makes them more likely to be left behind.” 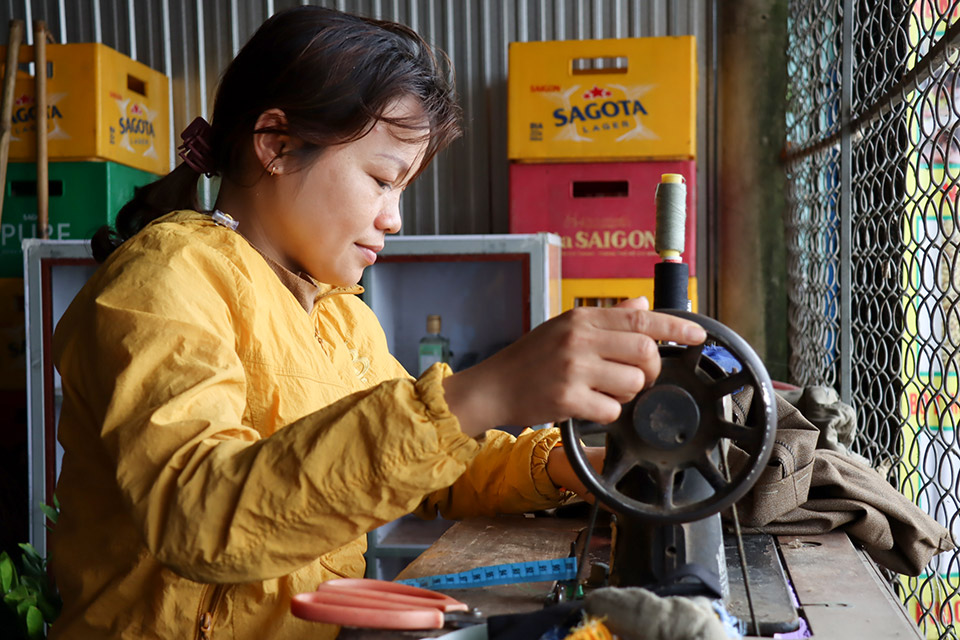 Considering this situation, UN Women cooperated with the Women's Union of Quang Tri province to provide the cash transfers. The total of VND 1,260,000,000 (54,700 USD) comes from UN Women’s core fund, the Embassy of Ireland in Viet Nam and the Government of Sweden.Cash grants were delivered directly to the beneficiaries by the provincial Women's Union members and prioritized women. Priority was given to the most vulnerable families, such as those with women-headed households; pregnant women or women with children under 12 months of age; people with disabilities or chronic diseases; and people over 65. This project is also part of the Joint Response Plan of the United Nations in Viet Nam in responding to the damage caused by the flooding in the central of Viet Nam.“This financial support is essential to vulnerable women,” said Nguyen Thi Que Phuong, Vice Chairperson of Quang Tri Women’s Union. “Women and families can buy seedlings, seed, fertilizer, food and other productive tools in time for the upcoming farming season. This will mitigate their suffering from the flooding.”