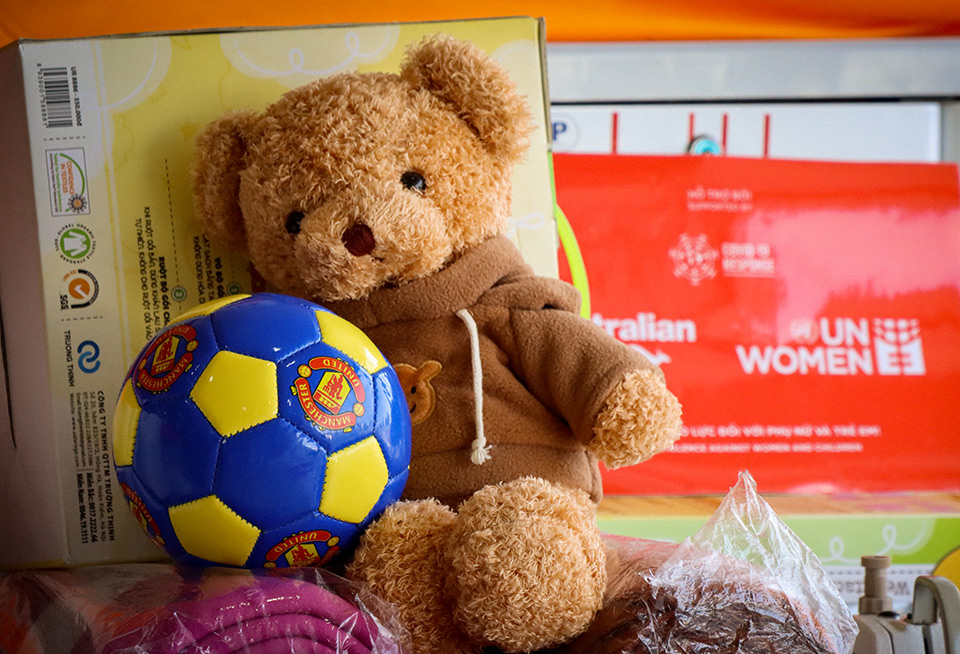 Can Tho, Viet Nam — Still only 17, the girl has endured a life full of violence and abuse, inflicted by the very people who are supposed to look after and love her. Now she may have finally found some measure of peace.After her father abandoned the family, the girl was raped by her uncle, then punished by her mother.

“I had been sexually abused by my uncle since I was a teenager,” she said. “My mom thought that was my fault and asked me to keep silent. She hit me many times and during the COVID-19 pandemic, it escalated.”

The police rescued the girl last year when she was three months pregnant and arrested the uncle and mother. The girl was given safe accommodation and other supported services at the Peace House shelter in Can Tho, the biggest city in the Mekong Delta of Southern Viet Nam.

She gave birth while staying the shelter with four other women who had fled violence. 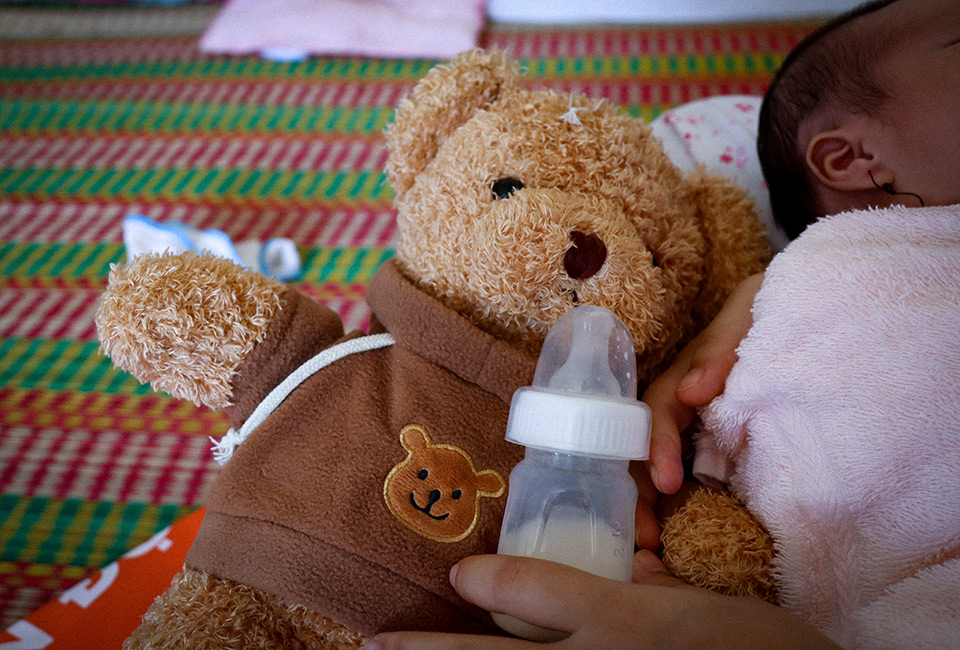 At the Peace House in Can Tho in early March, the 17-year-old girl holds a new toy for her baby daughter– a gift from UN Women with Australian Government funding. Photo: UN Women/Thao Hoang 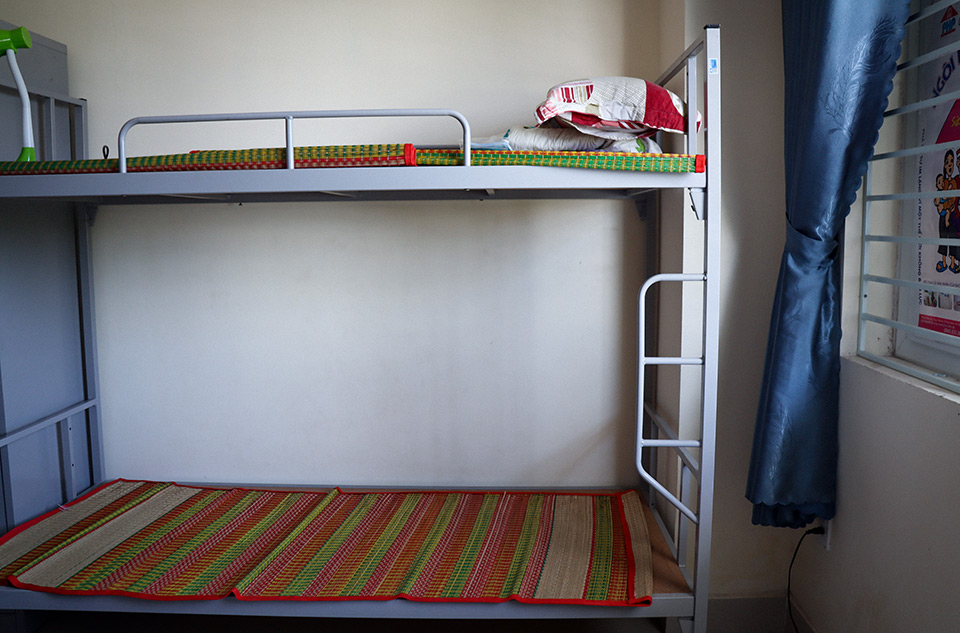 The modest Peace House shelter in Can Tho, shown in early March. Photo: UN Women/Hoang Thao

The people at Peace House collected money to pay for the girl’s hospital birth and things for her baby daughter.

“My baby cries a lot in the evening. All sisters at the house help me to take care of her,” the girl told a UN Women staff member. “They are my true family.”

The two-room shelter is modest and so short of funds that the staff had to cover the window with posters to fend off the hot sun until UN Women donated curtains and other essential facilities and equipment in March 2021. But the residents are given clothes, food, health care, legal and psychological support, and vocational training.

The National Study on Violence against Women in Viet Nam, done in 2019, found that 63 per cent of women experienced at least one form of violence from an intimate partner during their lifetime; 4.4 per cent of all women had experienced child sexual abuse before the age of 15; and 5.6 per cent of 15–19-year-olds reported they had experienced such abuse[1]. The COVID-19 pandemic has heightened that risk. In 2020, calls and text messages to the country’s three Peace House shelters, in Can Tho and Ha Noi, increased seven times compared to 2019 and the number of survivors seeking shelter increased 40 per cent.

“We have been uninterruptedly supporting thousands of women and children survivors of violence, but there are limited resources in terms of facilities and services for them in the shelters. Essential things like baby cribs, beds, mattresses, blankets, electric equipment, and so on … are urgently needed,” said Duong Ngoc Linh, Director of the Center for Women and Development, the Government-affiliated organization that manages the shelters.

UN Women has responded with support worth VND 2.4 billion (USD 98,000), funded by the Australian Government. In November 2020 and March this year, the agency upgraded the shelters’ Internet and telephone systems for the 24/7 maintenance of the hotline and provided household furnishings and appliances. UN Women also gave training on crisis counselling and trauma-informed care to the social workers who staff the shelters.

After the systems upgrade, the Peace House Hotline received 603 calls during the last two months of 2020, compared to 786 calls during the five months before that. Also, during the two-month period, 181 female survivors of violence received Peace House counselling and referrals to police, health care and justice services and 30 were admitted to the shelters.

“We believe that each successful call to the hotline is a lifesaver for the survivors,” said Elisa Fernandez Saenz, Country Representative of UN Women.

The girl who was abused by her uncle and mother was excited when a UN Women staff member told her that her room would soon have new furnishings including a baby crib and tub, and a sewing machine that she can use for vocational training and to make clothes for her daughter. Always with a smile on her face, the girl is nevertheless sad that she will need to leave the shelter soon (the maximum stay is six months).

“Worldwide, COVID-19 has painfully exposed inequalities and trauma borne by many groups, including women and children. It has revealed a scale of suffering within households that we cannot ignore,” said Andrew Barnes, Deputy Head of Mission of the Australian Embassy. “There is much work left to do and we commend the front-line staff, in particular, who work tirelessly in this effort.” 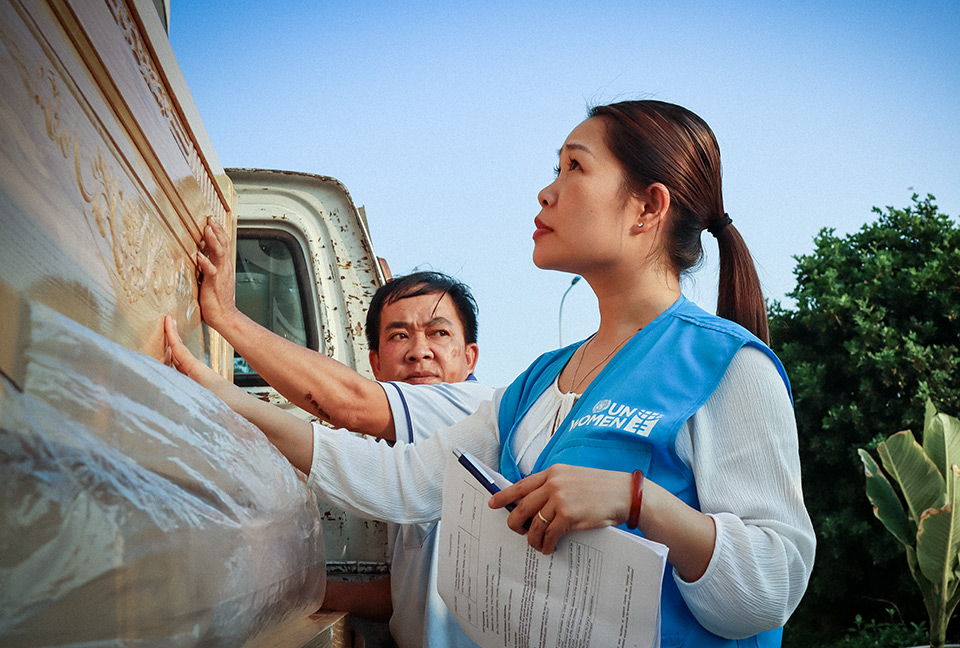 Huyen Nguyen, a UN Women staff member, checks on a bed that was among items UN Women donated to Peace House in Can Tho on 11 March. Photo: UN Women/Thao Hoang 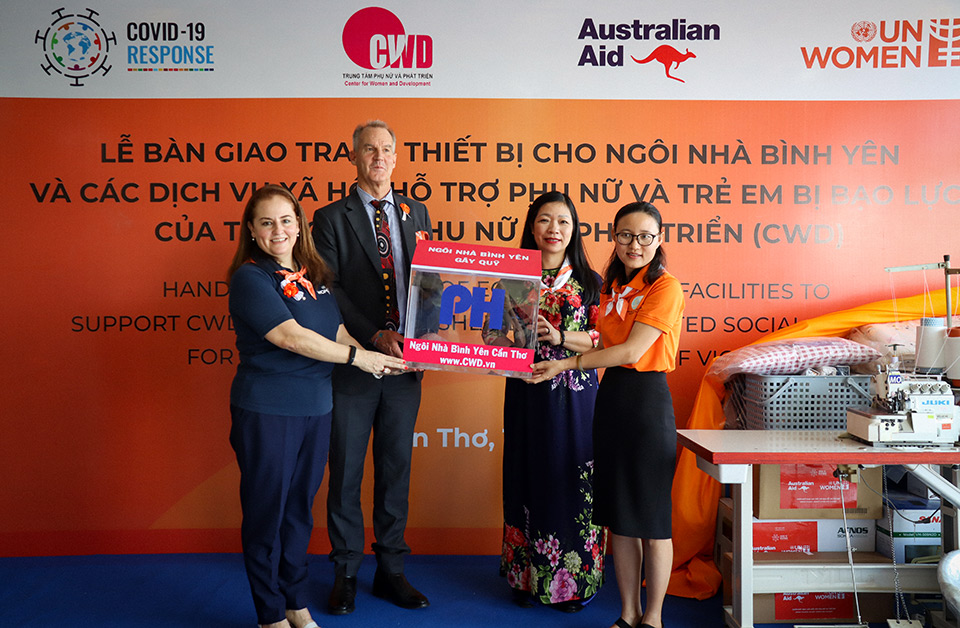 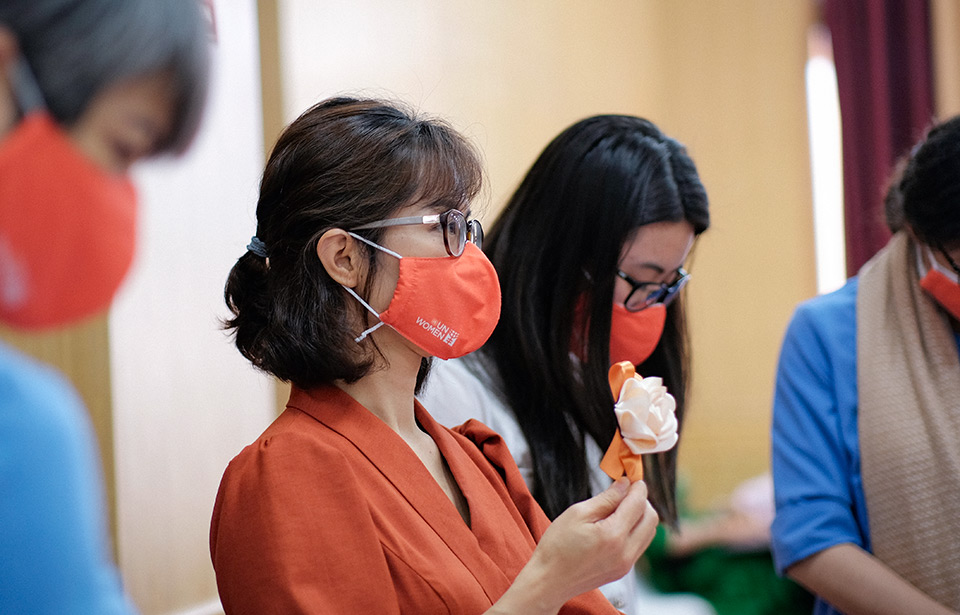 Social workers including those at the Peace House shelters learn how to make fabric flowers, a group psychotherapy activity to support the wellbeing of frontline responders. The training was given by UN Women in Hanoi in February 2021. Photo: UN Women/Ngoc Duong

[1] MOLISA, GSO and UNFPA (2020) Results of the National Study on Violence against Women in Viet Nam 2019-Journey for Change.

Related News
30/09/2021
Equipment donation boosts services for survivors of human trafficking and gender-based violence during Viet Nam’s fourth wave of COVID-19
11/12/2020
“If you or someone you know is experiencing violence, help is available. Find out where the nearest shelter is, or call a hotline number for help!”
10/03/2021
Cash handouts provide lifeline to vulnerable women in Viet Nam facing double impact of pandemic and flooding
10/12/2020
“Solidarity is what we all need, not discrimination against returnee women migrant workers.”
10/12/2020
Ending violence against women cannot be done by one sector alone
END_OF_DOCUMENT_TOKEN_TO_BE_REPLACED