Quang Kim, Viet Nam — The villagers of the Giay ethnic minority are often at the mercy of the weather, so UN Women is helping them avert losses in their main livelihoods of farming and raising chickens and fish.

Quang Kim, a commune in Ta Trang village near the capital of Lao Cai province in northern Viet Nam, is often hit by flash floods and landslides during the storm season. 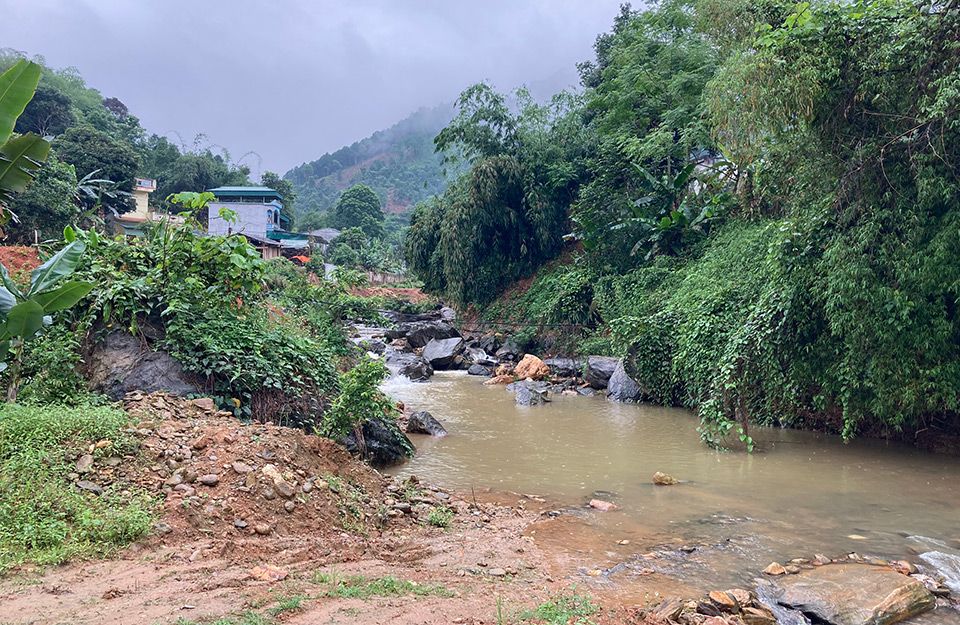 “The income of my family depends much on planting rice and selling chicken and fish, but all were buried by the flood in October last year,” said Ho Thi Nhung, 38, who lives here with her husband and two sons. “In recent years the weather has become more unpredictable and extreme, and more rains make the chickens easily get sick and die. … Every six months I raised around 100 chickens, but more than half of them could not survive.”

Before, the family let the chickens roam about freely and did not vaccinate them or clean the area regularly. At six months, when it was time to sell them to traders, the chickens each weighed only 1.5-1.7 kilogrammes, Nhung said.

Then in June 2020, Nhung and 30 other ethnic minority women in this mountainous region began getting help from a UN Women programme, administered with Viet Nam Women’s Union, to adopt more “climate-resilient” methods. 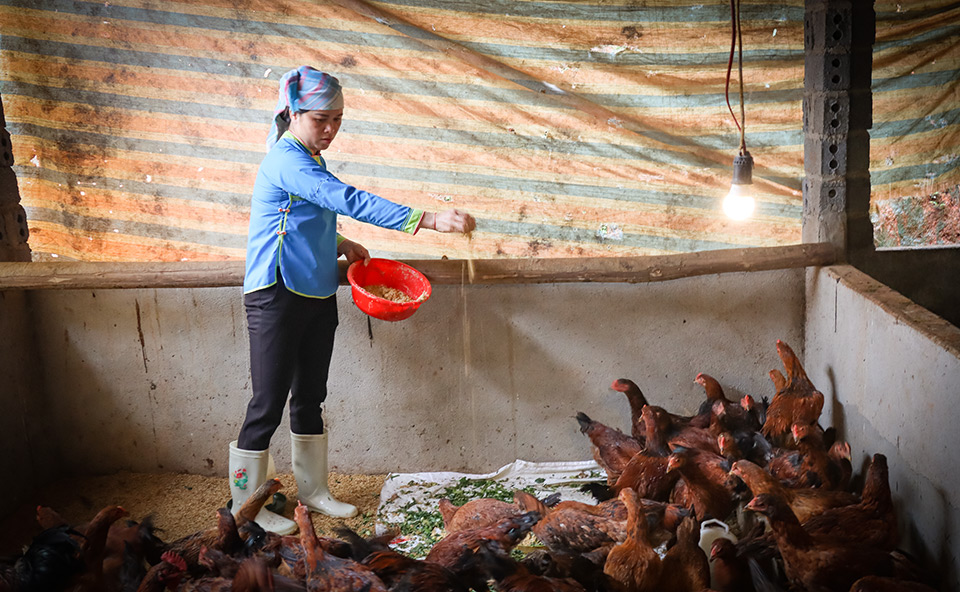 Agricultural engineers of the programme introduced a new chicken breed that can easily adapt to the region’s more intense weather and rainfall. They showed the women how to cover the barn floor with canvas or cement to reduce humidity and cold wind, top it with a “biological pad” – a layer of rice husks and other plant materials – and mix in bio-yeast to decompose chicken droppings, mitigate the polluting gas, and destroy microorganisms that cause disease. They also taught them how to reduce disaster risks, such as by sheltering their chickens on higher ground before the storm season.

Nhung also learned to clean the barn with iodine twice a week, feed the chickens a protein diet of earthworms, and to keep track of the chickens by ages and types. 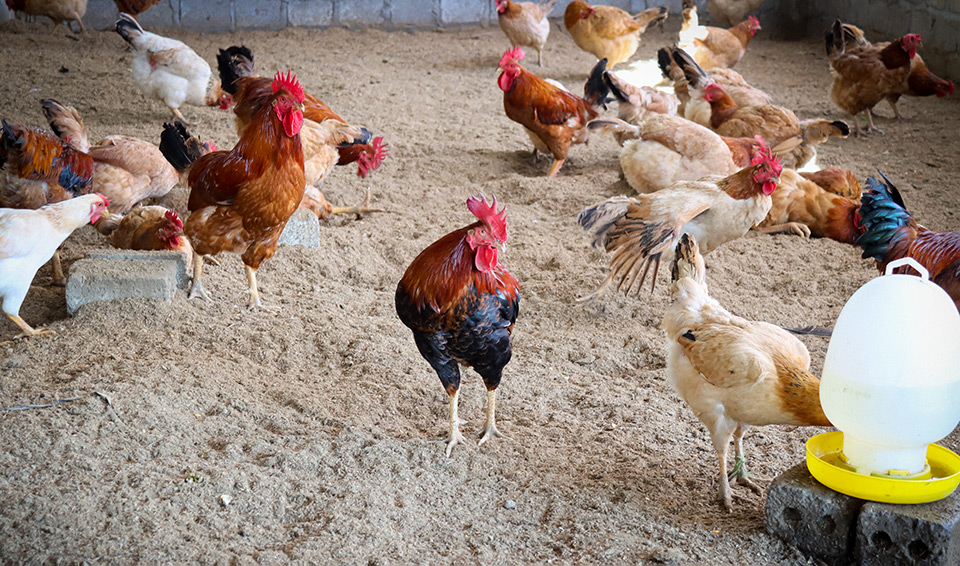 Nhung’s chickens stay disease-free with the use of the “biological pad”. Photo: UN Women/Thao Hoang

Raised in this way, on average, at 4-5 months the chickens each will weigh 2-2.5 kilogrammes and can be sold. The eggs and meat also are tastier and have more protein. And the barn layering can be used to fertilize crops.

Nhung, who chairs the Viet Nam Women’s Union in the village, was very excited to tell a visiting UN Women staff member in early April that after five months, none of her 150 chickens had gotten sick or died. She said that that by June she could earn up to the equivalent of $1,500 in sales.

“I had never dreamed that I could earn that big money,” she said. 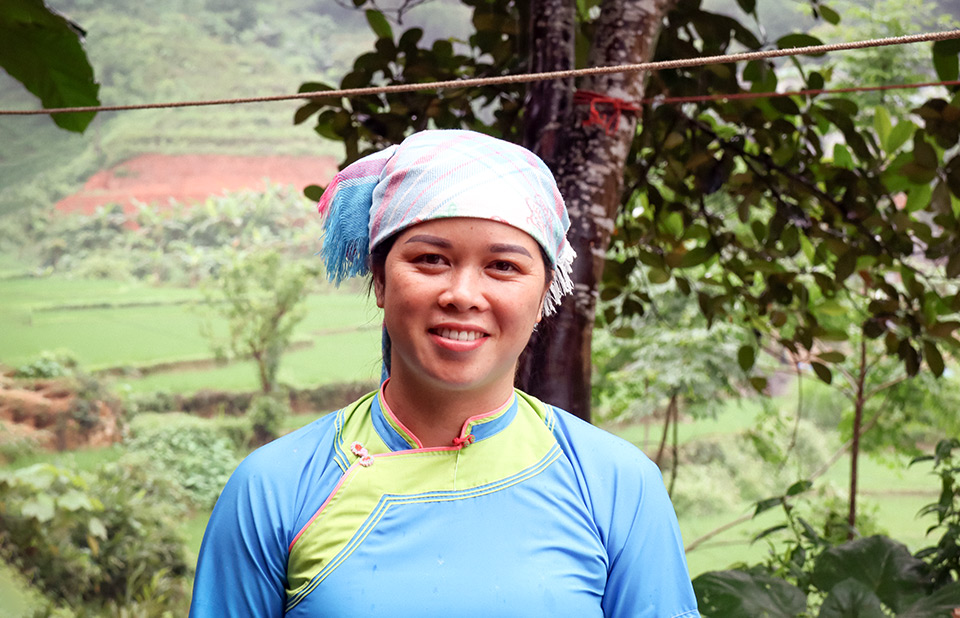 The farmers have formed groups to exchange ideas on how to solve problems in production and processing. In coming months, UN Women’s consultants will teach them about business development and market access, so they can sell their chickens at high and stable prices. 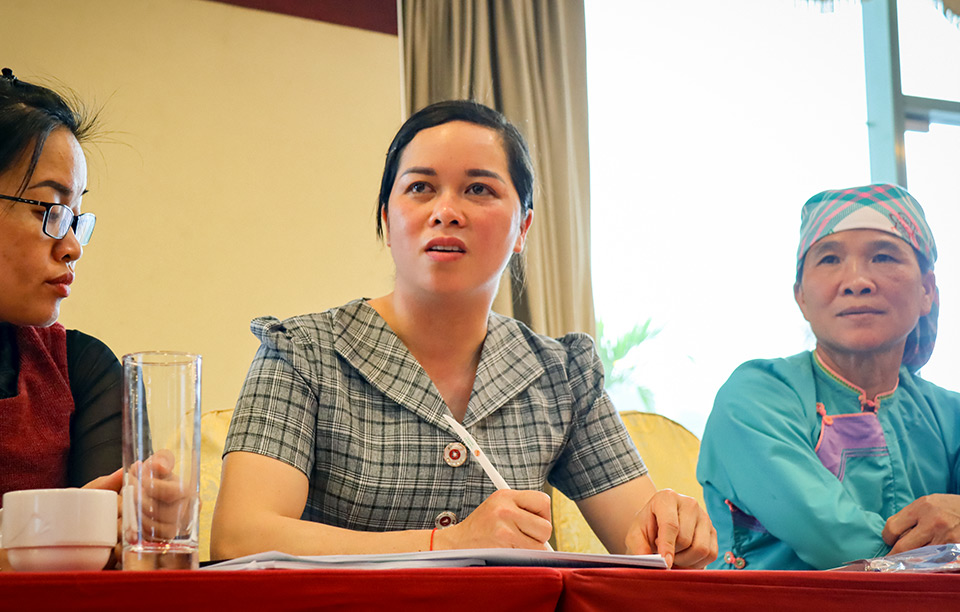 The new model of raising chickens is sustainable as it does not pollute the environment and is suited to the weather patterns and lives of the ethnic minorities in Lao Cai, said Nguyen The Tan of the local Agricultural Extension Centre. 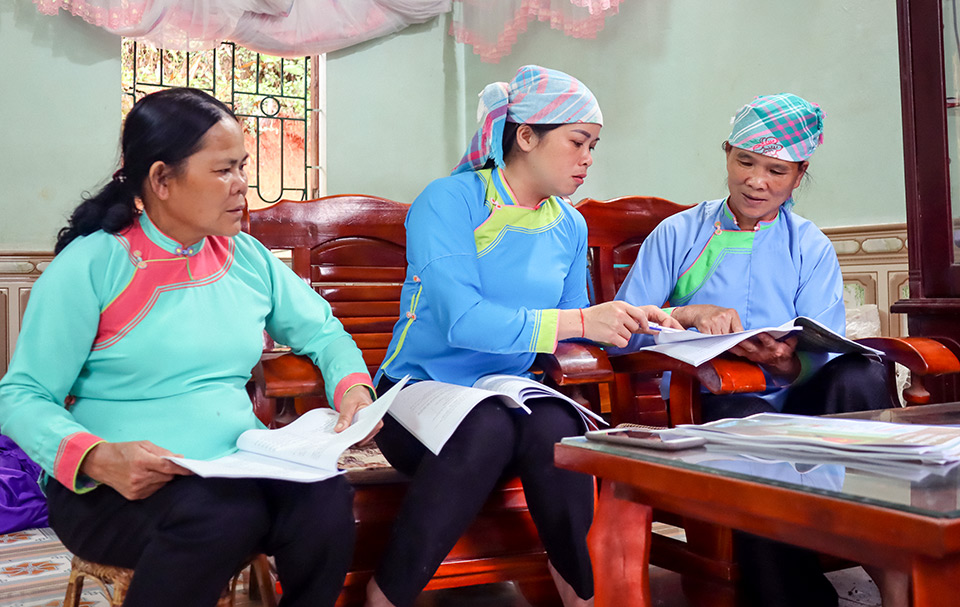 Nhung (centre) shares what she learned from UN Women’s training with two women who consulted her at her house in Quang Kim on 6 April 2021. Photo: UN Women/Thao Hoang

“We believe this pilot model will be a great success,” said Vu Thi Tan, Vice President of Viet Nam Women’s Union in the province. “We will continue to advocate … for people to learn and apply this model to develop the family economy.”

Elisa Fernandez Saenz, Representative of UN Women in Viet Nam, said the project also builds leadership skills and social status -- “By increasing rural and ethnic minority women’s knowledge and self-reliance through sustainable livelihoods, their voice and position in their family and community is also strengthen.”

The project, Strengthening Women’s Livelihoods and Participation for Greater Resilience to Disasters and Climate Change in Viet Nam, 2018-2021, is funded by France-based Fondation Chanel.

In addition to chicken-raising in Lao Cai, the project supported women in Phu Yen province in south-central Viet Nam to shift from their traditional rice farming to lotus flower cultivation in flood-prone areas; that shift quadrupled their incomes. In total, the climate-resilient livelihood models have directly benefitted 163 female farmers, or 652 people altogether when including their family members. These models can be scaled up or replicated in other parts of the country.

The UN Women project also has supported the integration of women’s concerns into the Government’s National Target Programme for New Rural Development for the next five years. The progamme aims to help 63 million people, about half of them women and girls.

Related News
23/06/2022
UN Women Pakistan and foodpanda Pakistan collaborate for the promotion of workplace safety
16/12/2021
UN Women cash grants help women with HIV, ethnic minority women rebuild from COVID-19 losses
08/03/2021
More women leaders in business “the best way” to boost recovery from the pandemic
11/02/2021
Solar power charges pandemic recovery for indigenous farmers in Viet Nam
09/12/2020
You are not alone, we are here to help you.
END_OF_DOCUMENT_TOKEN_TO_BE_REPLACED