For many people with diverse sexual orientations, gender identities, gender expressions, and sex characteristics, acts of resistance, support, and healing are a way of life. A dream held fast, a fist raised in solidarity, a listening ear—these life-preserving acts, seen and unseen, big and small, are performed each day in the face of stigmatization, discrimination, and violence experienced by LGBTIQ+ people.

In every region of the world, LGBTIQ+ people are routinely denied their rights to freedom, safety, and equality. They may face pervasive discrimination, experience intolerable acts of violence that go unpunished, and lack access to justice. These experiences cannot be separated from struggles they may also face on account of other intersecting identities.

Throughout this year’s moments of collective crisis, celebration, and all that is in between, LGBTIQ+ activists have continued to fight against inequalities, anchored in and strengthened by the work of Black people, Indigenous people, and people of colour, to push for a safer, more equal world.

This year, the International Day Against Homophobia, Transphobia and Biphobia (#IDAHOBIT) , 17 May, comes as we head towards the Generation Equality Forum in Paris (30 June – 2 July), which will mobilize a series of ambitious and transformative actions to address the most critical barriers to gender equality, across all sectors, age groups, and recognizing people in all their diversities – including LGBTIQ+ communities.

On IDAHOBIT, we bring you the voices of eight LGBTIQ+ activists sharing their stories of resisting, supporting, and healing. 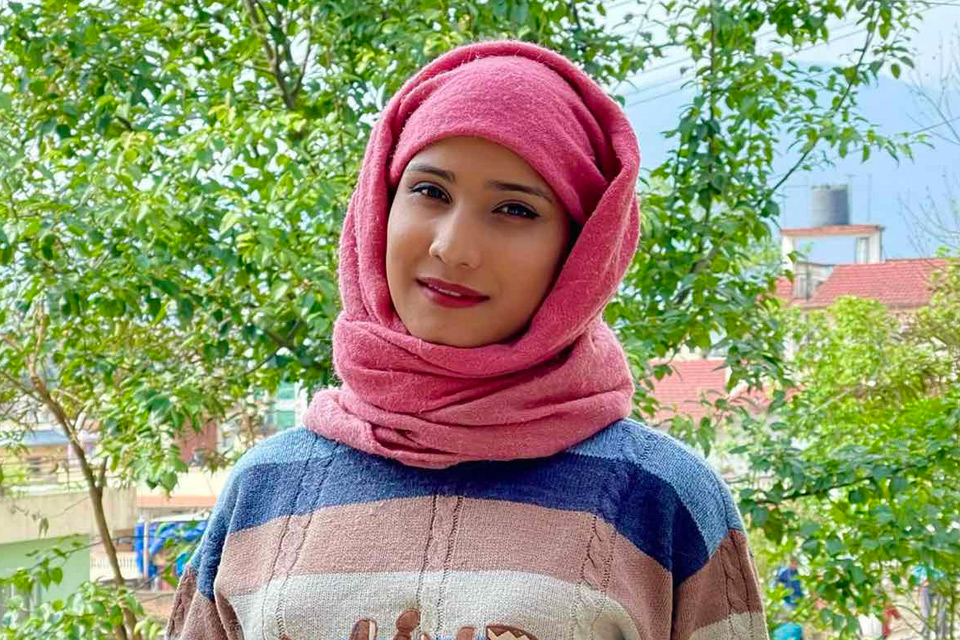 Noor KC, 21 years old, is a trans woman who advocates for trans women’s rights in Nepal.

KC says she developed a feminist perspective from a young age; her mother was the head of her family in a community where women are seldom seen in decision-making positions. When KC came out as a trans woman, her family was supportive.

“Sharing and connecting brings us together and makes us feel lighter. We become a support system for one another,” says KC.

“Currently, those who do not identify as male or female are clubbed under ‘Other’,” says KC. “We want it to be more specific, so that our citizenship does justice to our identity. We want to belong.” 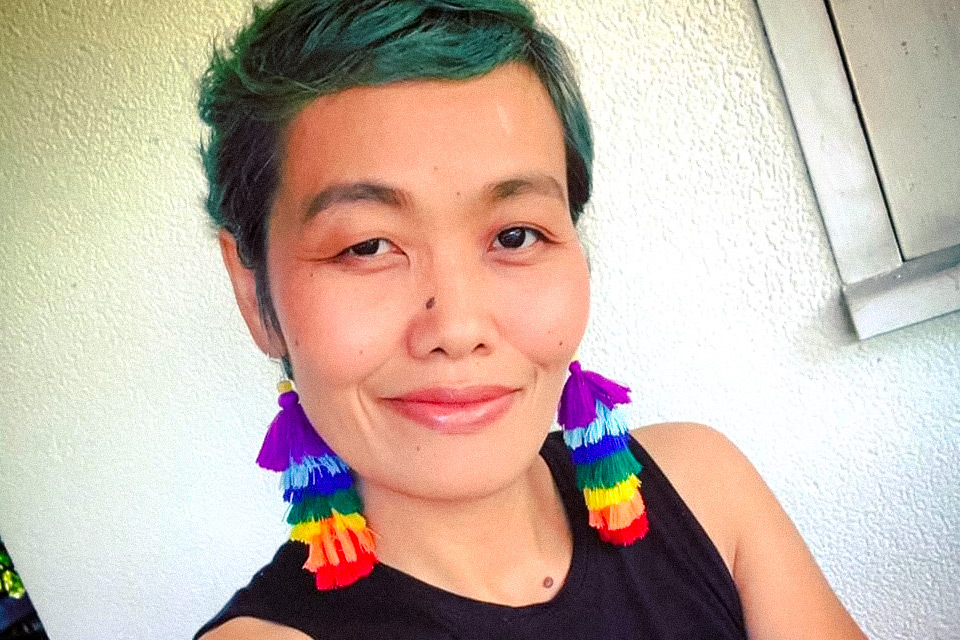 Every year, people in these provinces are affected by landslides, floods, and fires, and the needs of LGBTIQ+ people are often ignored by disaster relief programmes in the aftermath. “Humanitarian programmes tend to be heteronormative and can reinforce the patriarchal structure of society if they do not take into account sexual and gender diversity,” Phorn-in explains. For instance, lesbian couples may not be recognized as family units and excluded from relief efforts.

“In addressing structural change, we are advocating for and working towards equality of all kinds: non-discrimination, non-violence, and non-heterosexism for lesbian, gay, bisexual, transgender, intersex, queer, questioning, and asexual people,” says Phorn-in. “We will never give up the fight.” 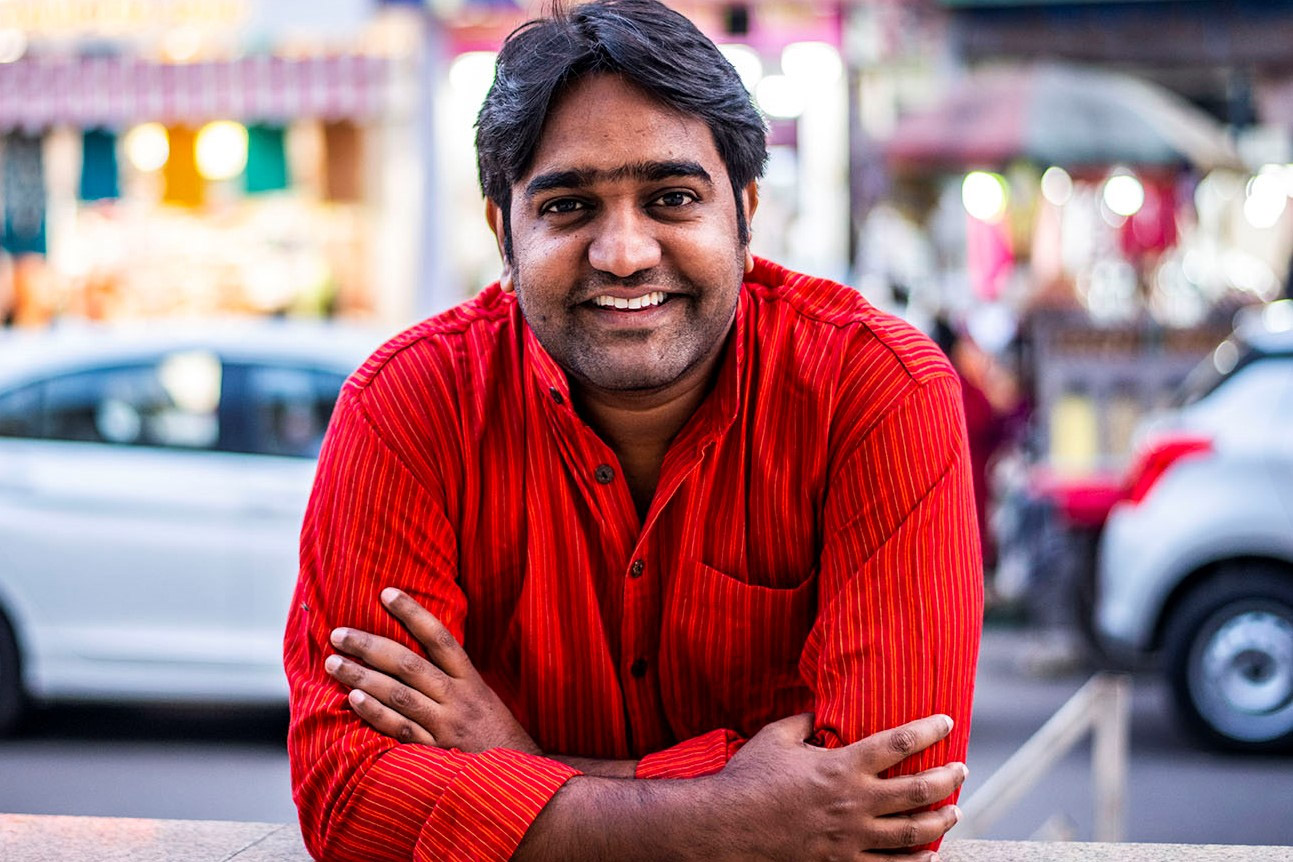 Rafiul Alom Rahman is the founder of The Queer Muslim Project, South Asia’s largest youth-led online network of queer, Muslim, and allied individuals. Through digital storytelling, affirmative art practices, and the creation of sustained, supportive online and offline networks, the project has fostered a growing global community of more than 27,000 people.

“By creating avenues for queer, Muslim youth to represent their own stories, identify opportunities for solidarity, collaborate across borders, and heal, we are shifting public perceptions, building a stronger, more intersectional South Asian queer movement, and affirming our existence and fundamental rights,” says Rahman. He notes that it is important that the project is rooted in India but for a global audience. “In this way we are reclaiming and affirming queer, Muslim visibility in India to the world, which is especially important with rising Islamophobia in the past years.”

When asked what inspires his activism, Rahman cites the everyday resilience, courage, and hope of LGBTIQ+ youth around the world, who continue to learn, grow, thrive, and tell their stories. 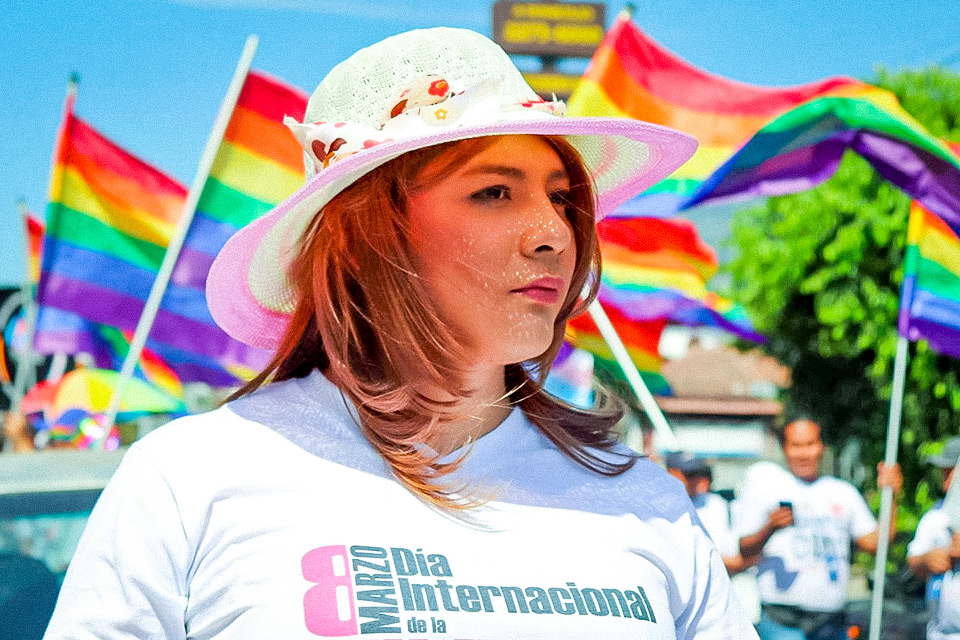 Bianka Rodríguez is President and Executive Director of the San Salvador-based NGO Comcavis Trans and winner of the UNHCR Nansen Refugee Award, a prestigious annual prize that honours those who have gone to extraordinary lengths to support forcibly displaced and stateless people.

“My work as an activist and human rights defender promotes the empowerment and autonomy of LGBTIQ+ people,” says Rodríguez, who works with communities to provide education on LGBTIQ+, human rights, and political topics. In the past four year, Rodríguez has created seven secure spaces for individuals seeking protection from discrimination, humiliation, and violence in El Salvador. “Many LGBTIQ+ people decide to leave the country to preserve their life,” she says.

Working in collaboration with multiple organizations, Rodríguez helped to pass legislation in January 2020 that protects, aids, and offers durable solutions to internally displaced people, including LGBTIQ+ people, and today she is pushing for a law that would recognize and give rights to trans people in El Salvador.

“Every achievement gives me strength to carry on fighting for the rights and improving life conditions of LGBTIQ+ people and other vulnerable groups,” she shares. 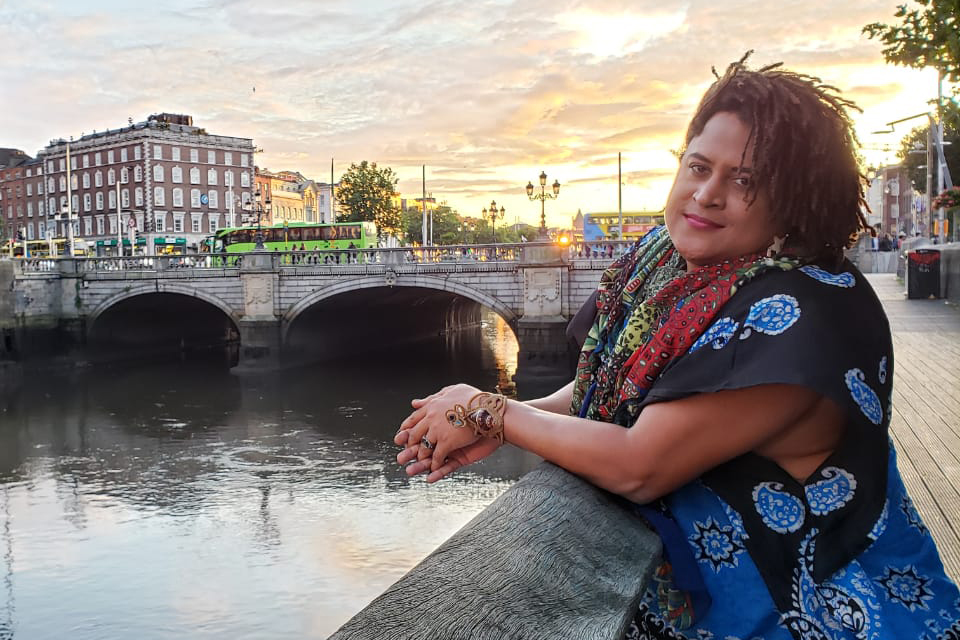 Dandara Rudsan is a Black and trans activist from Altamira, in the Brazilian state of Pará. She currently serves as an environmental racism specialist in the Public Defender's Office of Pará State. Rudsan says her activism began when she realized the invisibility of Amazonian bodies, particularly LGBTIQ+ Amazonian bodies.

“For the thirteenth time, Brazil leads the global ranking of trans people murdered. Imagine if trans women from the Amazon rainforest, who are invisible, were counted?” says Rudsan. “Visibility is linked to our survival.”

Rudsan says that while she celebrates the Brazilian Supreme Court’s 2019 decision to uphold the criminalization of homophobia and transphobia, continued and collective work is needed for true healing. “When I talk about collective work, it is not only among LGBTIQ+ people,” says Rudsan. “A very solid alliance between trans and cisgender women is strengthening our work, and, together, we can work on tools for the defense of life.” 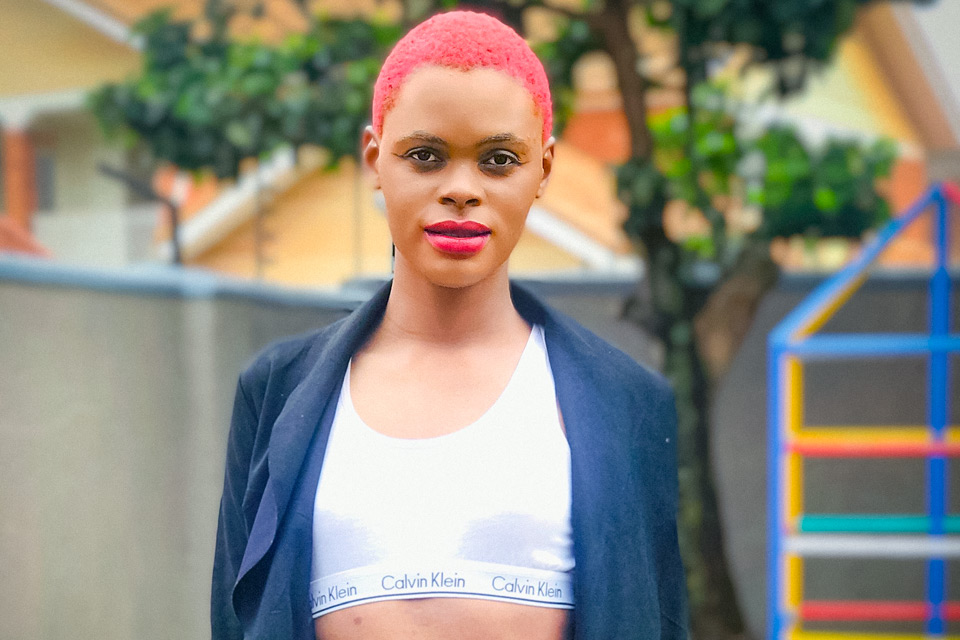 Kamanda Bosco, from Uganda, is a transgender youth activist from Uganda, advocating for LGBTIQ+ rights. As a member of the Generation Equality Youth Task Force, a Youth Voices Ambassador at the 2018 AIDS Conference, and a 2020 United Nations Religion Fellow of OutRight Action International, Bosco has worked in a variety of ways to challenge systems of oppression and empower transgender and gender-diverse persons.

Bosco highlights that pushing for LGBTIQ+ rights is particularly important today, as we battle COVID-19 and its fallouts, because the pandemic has brought many challenges for LGBTIQ+ people; homelessness due to homophobic families or landlords, mental health challenges, disparate levels of unemployment, police brutality against LGBTIQ+ sex workers at curfew hours, and decreased access to healthcare services such as anti retro-viral therapy and hormone replacement therapy are just some of the issues Bosco seeks to change.

As part of the Generation Equality Task Youth Force, Bosco is pushing for the acceleration of women’s rights and gender equality at the upcoming Generation Equality Forum in Paris (30 June – 2 July). The Forum will announce a set of catalytic Action Coalitions to address the issues that matter to all women and girls—from gender-based violence to climate change, technology, health, and economic systems. “We need to advance gender equality using a human rights approach that recognizes and includes women, in their diversity,” says Bosco. 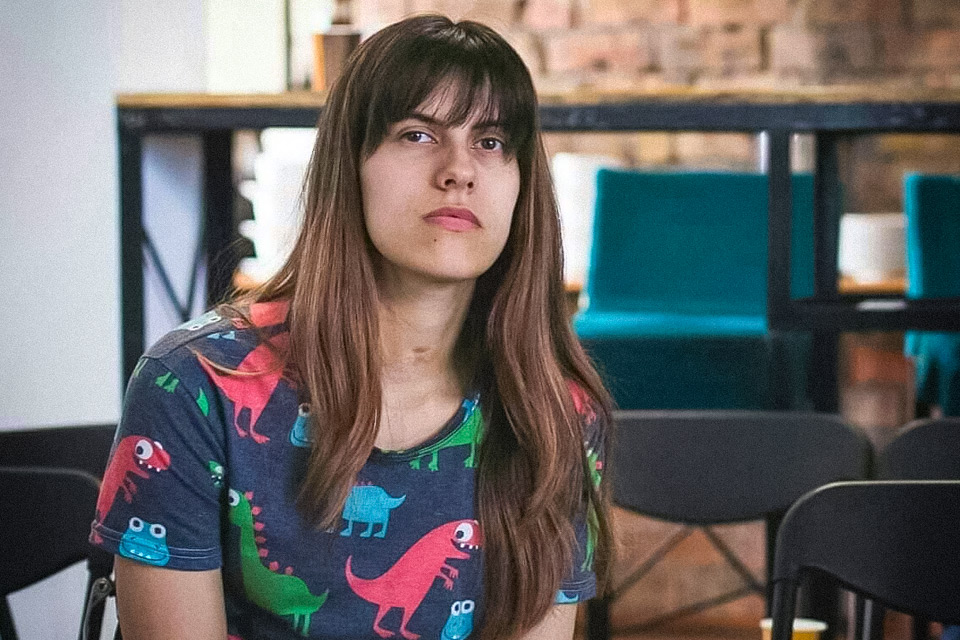 Sofiia Hrubova is a LGBTIQ+ and disability rights advocate and ally from Ukraine. She works as a psychologist, providing counselling and support to LGBTIQ+ people. “Through psychological support, I help my patients find confidence and connect to their feelings, physical, and emotional states,” says Hrubova.

Supporting individuals in their journeys to safely integrate with communities is another aspect of Hrubova’s work, and she notes that, in some cases, the COVID-19 pandemic exacerbated pre-existing issues and brought new challenges for LGBTIQ+ people. Many have faced poor working conditions, disrupted social connections, difficulty communicating with partners, anxiety, and more.

Despite the difficulties, Hrubova says she sees people striving for a better future, finding solutions, and building their own boundaries—a skill that can be learned at any age, she adds. 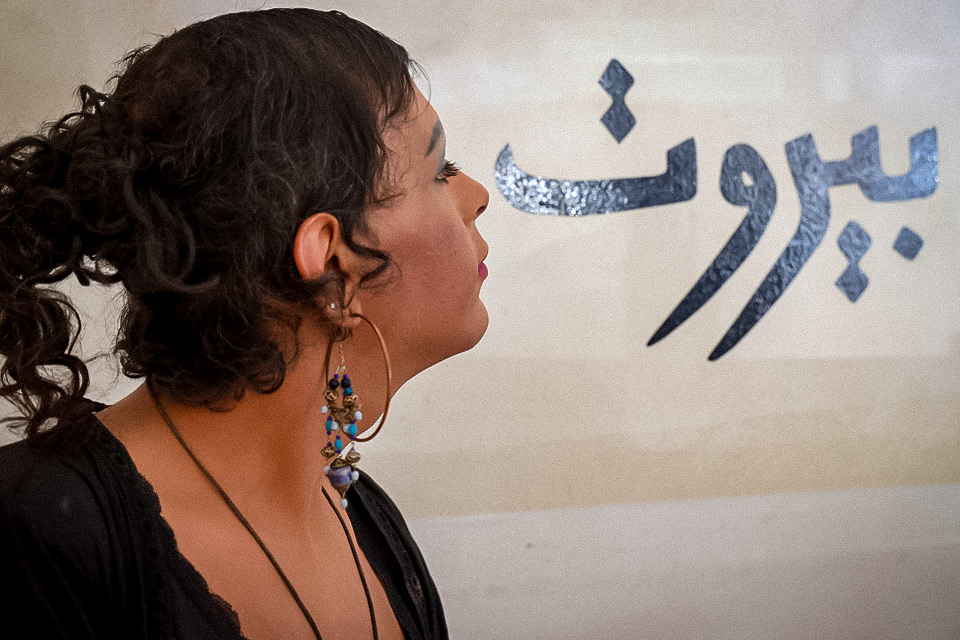 LZ is an advocate for women, trans people, and gender minorities in the Middle East and North Africa (MENA) region. She works to produce Arabic language information for trans individuals, assess the needs of trans people in the MENA region, and collaborate at regional and international levels, such as creating a regional trans network and holding consultations for the 2021 high-level meeting of the Joint United Nations Programme on HIV/AIDS.

“The fight for LGBTIQ+ rights is of the utmost importance, especially for transgender people in MENA,” says LZ. “They have always been represented by people other than trans people and without any significant change throughout the years.”

LZ’s own experiences of injustice are at the heart of her work and activism. “I have experienced discrimination in many places of work and education, had difficulty finding shelter, and faced prejudices just for being trans,” she says. “I am trying to prevent others from feeling what I have felt in the past.”

[*] This individual’s name has been changed to protect their identity.