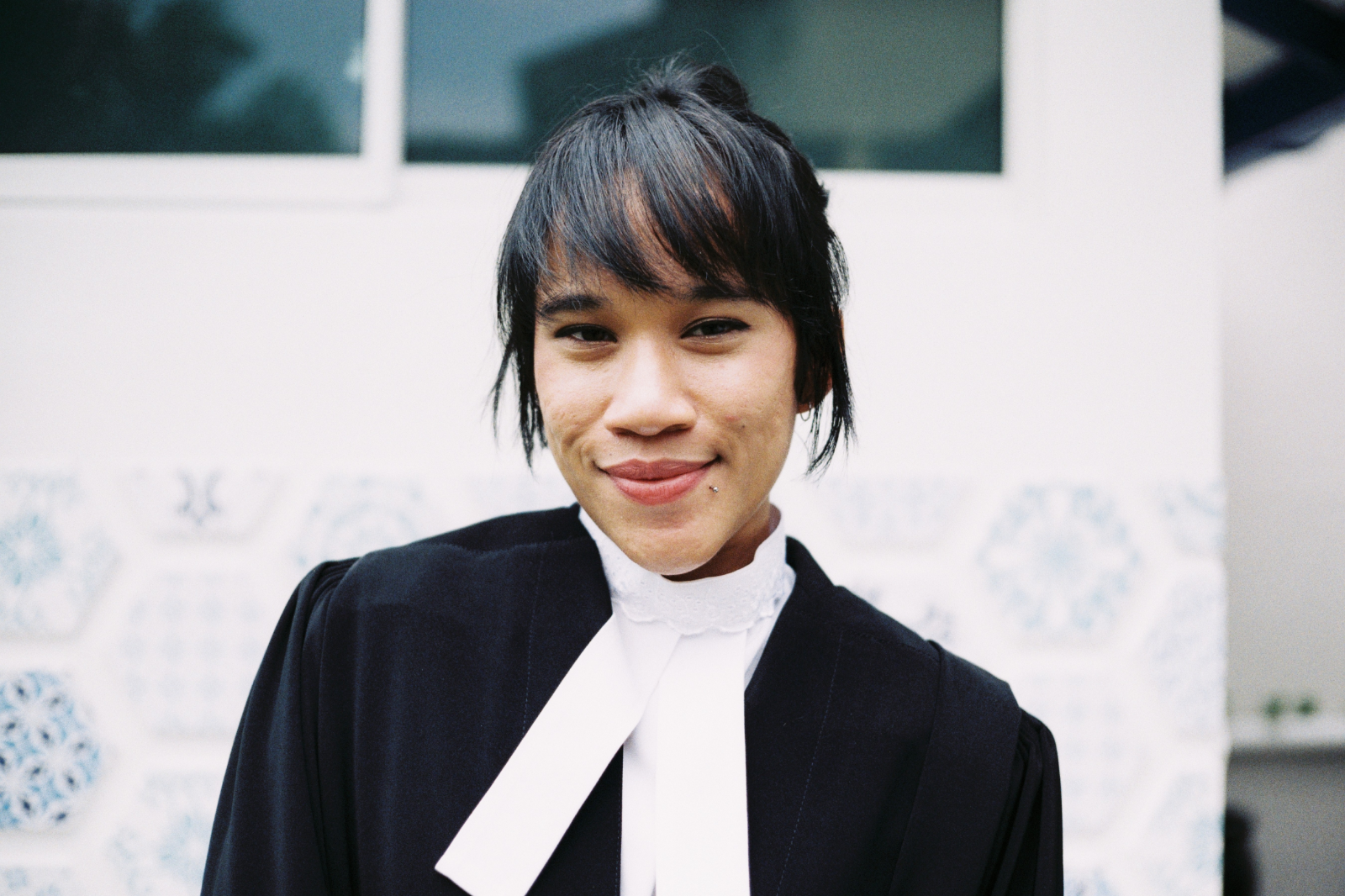 Shifting norms in the 21st Century: seven stories of how the next generationof advocates are fighting gender-based violence. Photo credit: Edzmir Redzuan

I am the founder of Monsters Among Us, a Malaysian youth-led non-governmental organization. As the name indicates, we combat child sexual abuse and violence and sexual and gender-based violence in Malaysia. Our niche area is child protection.

This topic is more than just a personal interest for me. It’s fighting for an entire population’s livelihood, safety, and general happiness. We often forget this in the pursuit of advocating for women's rights and children's rights. We forget that at the end of the day all we want is this group of people to be safe and happy. That’s made me realize that, as much as we may advocate, campaign and create programmes, ultimately what makes us satisfied the most is when you hear the fellow, peer or the child that you're working with is happy.

To young people everywhere: I want to stress that you don't need to wait for a big role to speak up, that no matter where or who you are in the society, whatever you say matters and you don't need to have a big-name tag saying that you're someone in this particular organization or in society before speaking out.

This year, Monsters Among Us ventured into providing services for beneficiaries here in Malaysia. We recently launched a reporting chatbot, where children themselves can report any sexual abuses and can contact us either online or offline. In this way we become the intermediary between them and the enforcement bodies. We know that there remains a gap in Malaysia where children are unaware of the legal processes involved in reporting and so they can use this chatbot and we can help them. Sometimes, they don't have the support from their family members, so we want them to feel that young people are here to support them, and they have the protection they need.

What three ways do you think we can support women who undergo gender-based violence?

To me it's really about women and girls realizing the power that they have. I think many of us don't realize the capacity that we have as an individual to really change the world, and if more people realize the power that they already have, it would be wonderful. It would also be women and girls realizing that they don't have to be apologetic for those powers. I think this ties back to each child’s upbringing. For example, my upbringing gave me the confidence, the push, and the empowerment. From this I realised that so much can impact one child.

Coming from the child-protection lens, I really think it is important to equip children, both boys and girls and everyone in between, to build their capacities and understanding about gender-based issues: the violence, discrimination, and social norms that oppress these different genders.

Furthermore, children should come first. In Malaysia, just to share the sentiment that children related issues have always been shadowed by the hierarchy of family, the community and then children. When it comes to government policies or national-level campaigns by the ministries that are relevant to child protection, children are always last on the list. 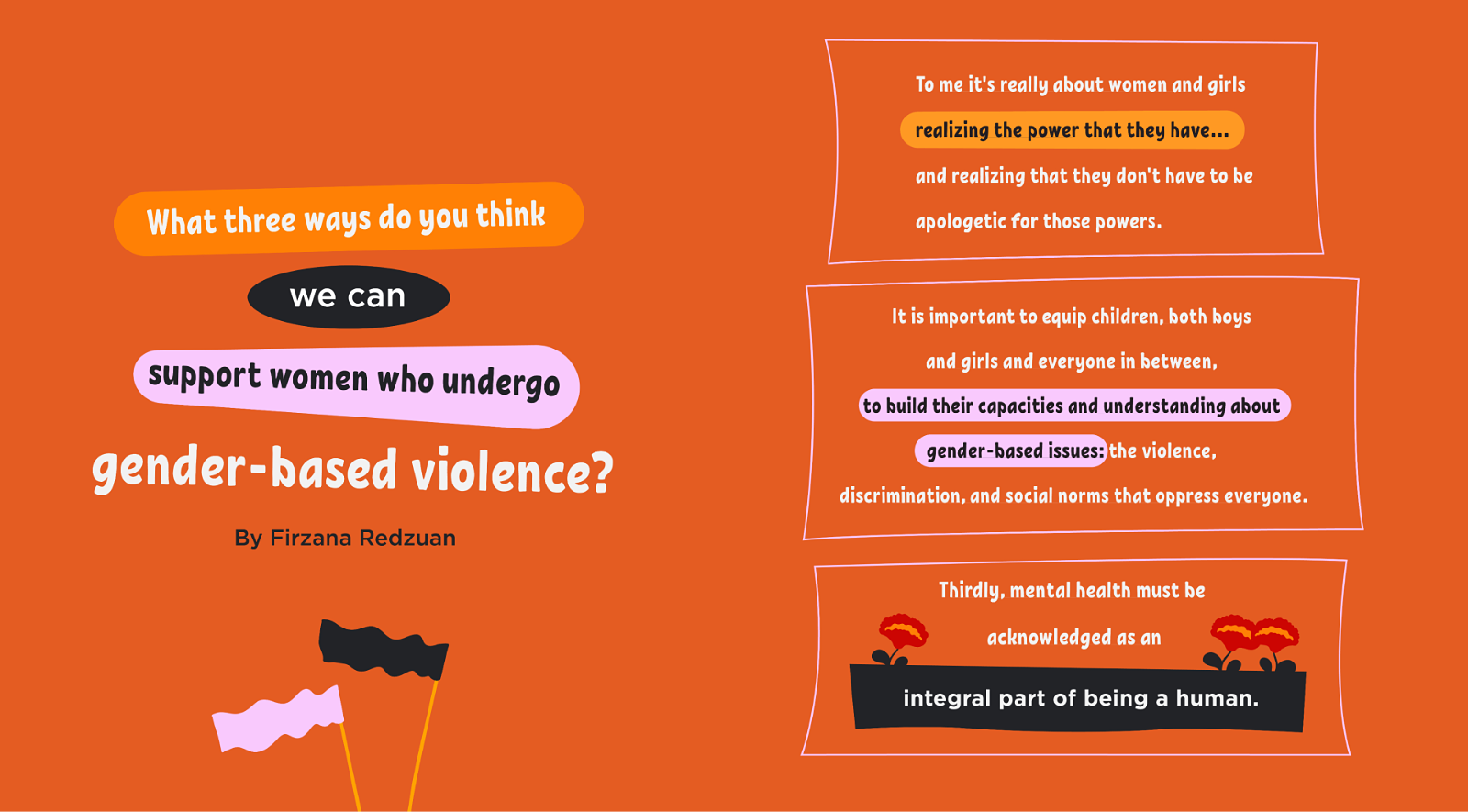 (Fir)zana Redzuan (She/Her) is a social media consultant working with ARROW's Information and Communications team. She is also the Founder of Monsters Among Us (MAU),
a youth-led NGO that upholds children's rights and combats child sexual abuse. MAU was initiated as a symposium in 2017 when Fir was the President of IIUM's Asian Law Students' Association (ALSA IIUM) and is now registered as a society under the Registry of Societies. Since August 2020, she has been spearheading the Lapor Predator project under MAU, a child-friendly reporting chatbot for sexual crimes.

She is also a law graduate who has been called to the Bar after completing her 9 months of pupillage at a civil and criminal litigation firm. She obtained her law degree at International Islamic University Malaysia (IIUM) and she is currently enrolled in Diploma in Syariah and Practice at Universiti Teknologi MARA (UiTM) in pursuit of advocating for Muslim women and families in Malaysia.

Recently, she was selected to represent P.097 Selayang for the newly launched Dewan Muda Malaysia assigned to the Ministry of Children and Youth as well as chosen as Malaysia's representative for the YSEALI Academic Fellowship Fall 2021.

For the past four years, Fir has led many youth centred initiatives to build awareness on child rights and equipping society, especially the children and young people on the dangers of sexual abuse.