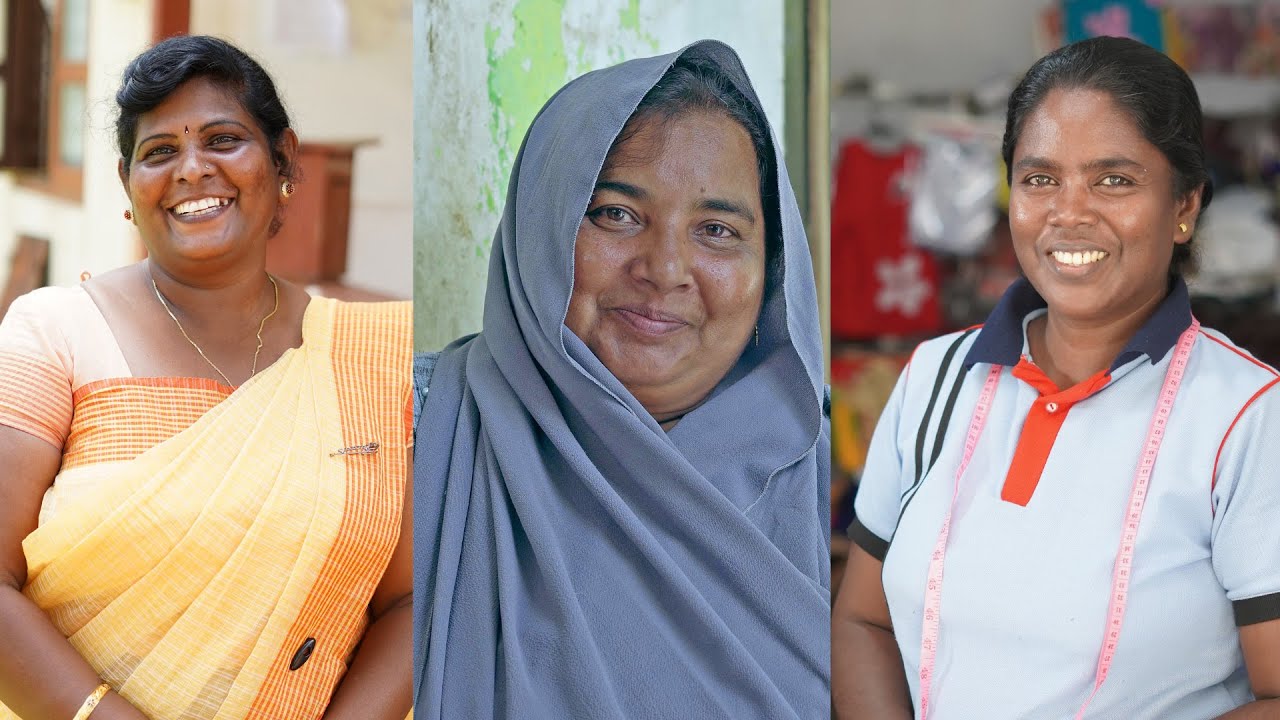 Vavuniya, Sri Lanka — At the break of dawn, in three different parts of Sri Lanka, three women light lamps and begin their days with prayers. Their chants are unique to their own cultures,  but the wish in their hearts is the same -- a future where their children and all communities live in peace and harmony.

Micheal Lusiya, , Rupa Damayanthi, and Shafeera Ansar, from the Tamil, Sinhalese and Muslim communities, are bound by their dedication to resolving conflicts and building peace among people.

In Vavuniya District in Northern Province, Lusiya, 45, gives counselling and psychosocial support to survivors of violence as Chairperson of the Social Service Organizations Union, a community-based organization.

“When people were staying home during the pandemic, countless women in the area faced domestic violence,” Lusiya said. “I try to resolve conflicts within the community, and stop violence against women by getting support from the government and non-governmental organizations.”

In Muthukanduwa, a small village in Monaragala District in Uva Province in the southeast. Damayanthi, 40, helps resolve community issues as Secretary of the Divisional Women’s Forum and a member of the Civil Protection Committee, both community-based organizations.

Damayanthi also helps other women in her community through her tailoring business. She gives the fabric offcuts to people with disabilities and those who cannot leave their homes because of family responsibilities. These people use the materials to make items such as pillowcases and carpets and earn incomes.

“If you look beyond simply conducting a business, you can find many ways in which you can support your community,” Damayanthi said.

In Karaitivu, in Ampara District in Eastern Province, Ansar, 48, is the president and member of the mediation board of the Arafa Women’s Development Society, a community-based organization.

Ansar said her organization financially supported retail shops that had to shut because of the COVID-19 pandemic, but much of its work is helping families headed by women.

Many women lost their husbands to the nearly three-decade civil-conflict. Now, over a quarter of Sri Lankan households are run by women, and more than half of those are run by widows.

As peacebuilders, all three women have been motivated by their personal suffering from the conflict.  And in the communities, the damage lingers, they said.

Damayanthi said her father disappeared during the conflict in 1989.

“It doesn’t matter if we are Sinhala, Tamil or Muslim -- we have all suffered losses due to the conflict,” she said. “I have seen many children suffer without their parents. And I wish such pain would never befall our children.”

Lusiya said that in visiting Vanni District in Northern Province over the past 12 years, she has noticed that people “are living here with frustration and doubtfulness”.

In my view, there is still no real peace between the citizens of this country, armed groups may have stopped fighting, but are people living in peace? My hope is that one day wewill be able to live without discrimination based on race and religion.”

Ansar said she lost her uncle to the conflict.

“When men get involved in conflicts directly, indirectly it’s the family, the women and children, who are affected by it,” she said. “We lose our safety and face many difficulties in managing the household and feeding our children.”

Ansar said the current system of segregating schools by religion deprives children of the chance to interact with others of different religions. And children should learn all three languages, she added.

“If we understand each other, we can create sustainable peace,” she said.

*Christiansen and the photographer, Rohana, both of The Picture House Creations, were commissioned by UN Women to do this story.