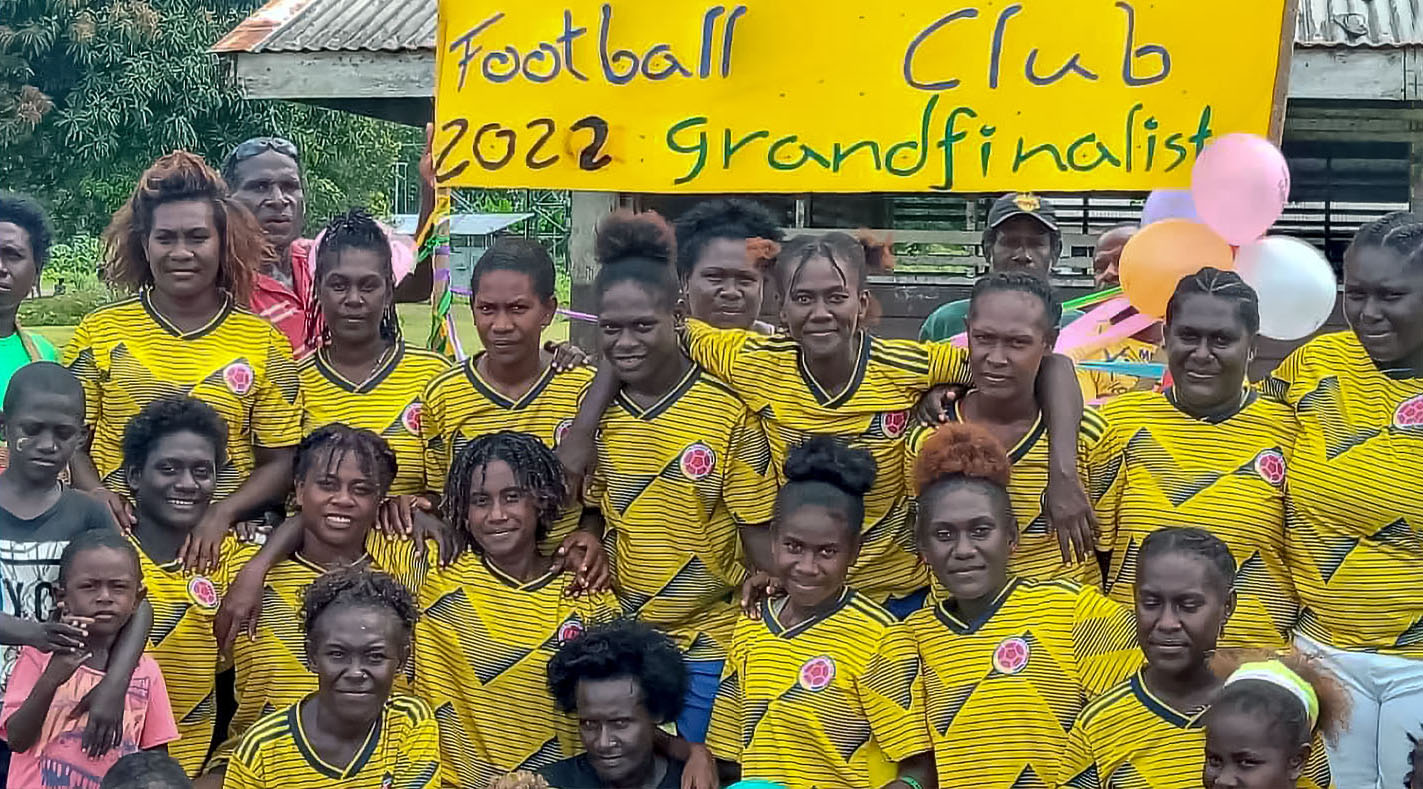 Benedicta with a team of young women. Photo: Courtesy of Benedicta Golu

Golu, a former midfielder for the Bougainville team and now a certified coach, had attended a training UN Women organized in October 2021 on how to promote peacebuilding, human rights and gender rights.

“I realized soccer gatherings were a great platform for me to preach about peace,” she said. “If you call them for a meeting, they do not turn up, but when you call them for soccer, they attend in big numbers. I will continue to use soccer platforms to talk about peacebuilding in Bougainville.”

As women gather for the soccer training sessions each morning and afternoon, Golu uses that opportunity to talk with them about ending violence in their homes and communities. She said it has made a difference.

“We now have some peace,” Golu said. “It is rare to see young women and girls roaming around, fighting, drinking alcohol, and doing nasty things that would lead to insecurity. They are either concentrating on soccer or at home doing productive work.”

She added that the skills she got from the UN Women training have helped her to contribute to peace in families including her own.

“In case of a domestic violence issue, I am called to step in and help the couple to reconcile,” she said. “Young women with challenges in their homes always consult me.”

“Peace returned to my home after attending these trainings,” she added. “The relationship with my husband and son stabilized. We had lots of misunderstandings. I never listened to him. Now I know how to cope up with them. We are happy. Thank you, UN Women.”

Related News
23/11/2021
From where I stand: “Men can positively change.”
11/08/2021
ASEAN-Japan sports figures and young leaders convene for gender equality in sports
14/11/2022
Hardship and Joy in an Afghan Refugee Camp in Peshawar
10/11/2022
Civil society organizations call for equal and equitable justice
02/11/2022
Women led organizations are key to ensure the Women, Peace and Security Agenda
END_OF_DOCUMENT_TOKEN_TO_BE_REPLACED