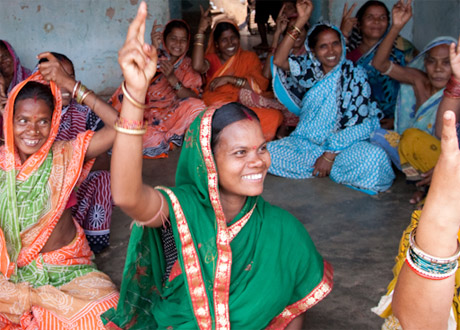 Bharati Behra won the Sarpanch election on a seat reserved for Scheduled Tribes. A first timer to village politics, she was undeterred by opposition from family and some men. Thanks to the unanimous support she received from the women in her area, she was able to win by 500 votes. Photo credit: UN Women/ Gaganjit Singh

Dhenkanal/ Odisha - Bharati Behra has great apirations for her people. As a recently elected Sarpanch or village head, she hopes to become the voice of tribals from the area. “I want to make the Mahatma Gandhi National Rural Employment Guarantee Act easier for women to access,” she says. The Act guarantees paid employment for a minimum of 100 days in rural India.

Elected from Kankadpal during panchayat or village council elections in Odisha state of India, Bharati’s victory is a trimuph for the tribal women of her region.

She won by a significant margin of 500 votes due to the support of women from all castes and tribes. Despite opposition from her family and other men from the community, Bharati’s found strong supporters in women running self help groups and the local women awareness network. During her election campaign, they also walked with her to mobilize people across all panchayats.

Bharati benefitted immensely from the SWEEP campaigns launched by UN Women and The Hunger Project before the Odisha village council elections in February 2012. These elections are held every five years to select leaders to run local government bodies or Panchayati Raj Institutions.

During the campaign from July 2011 to March 2012, women registered as candidates and campaigned for their positions in 1108 panchayats or village councils in Odisha. Women stepped out of the confines of their home to vote and campaign.

Films, leaflets, songs and nukkad natak (street theatre) during village and block level meetings increased awareness amongst men and women about the the importance of including women in the electoral system.

In Gajapati and Dhenkanal, 38 and 57 women were elected respectively from ‘open seats’ as members of a Panchayat. These figures show that women are now becoming more confident about competing with men. 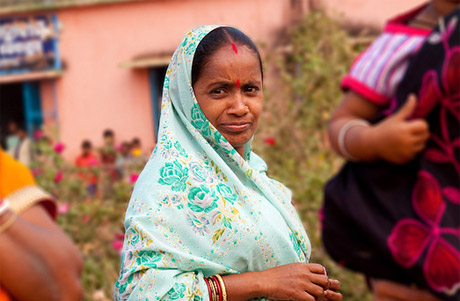 Maanasi Patra (left) talks to candidates before the elections to garner last minute support. She was contesting in ward elections against five men from her community in Kanpura village of Odisha’s Dhenkanal district.Photo credit:UN Women/Ganjit Singh

Contesting against Men
Married with three children, the petite Maanasi Patra is a farmer, a mother, and above all, a leader. She contested for the Sarpanch elections against five men from a general seat in Kusumjodi Gram Panchayat or village council of Dhenkenal district. She interacted with women from her community, voicing her concerns and proposing solutions. “If women unite and be a part of local governance, we will command better and stronger position in our community. We will work towards better infrastructure and agricultural development,” she says.

Star Campaigners shine
Women’s involvement in the elections was evident. They were voters, contestants and even became polling agents, a position mostly occupied by men. During the SWEEP campaigns, ‘star campaigners’ helped women candidates to develop their electoral strategy. Most of all, they helped them surpass patriarchal norms. 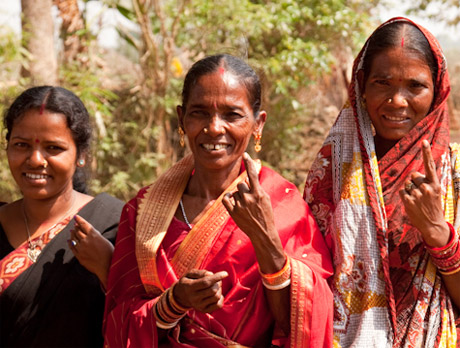 Nayna Patra has been elected two-times as a ward member from Maluagoda village. She is a ‘star’ campaigner. Photo credit: UN Women/ Gaganjit Singh

One such campaigner was Nayna Patra from Baruan Gram Panchayat in Dhenkenal district. As a ward member earlier, she helped set up a school for girls in her village and organise meetings especially for women. One of her most noteworthy initiatives was an anti-liqour campaign. With support from the women in her village, she collected a fine from men who were found to be drunk and violent. Toilets were built with the collected money.

Where does she get her confidence? “Through Manch meetings I learnt about about issues pertaining to women and different government schemes provided for rural poor,” explains Nayna Patra. “By attending these meetings regularly, I learnt how to be vocal, gather information and be responsible in asserting our rights.”

Women leaders like Bharati in Odisha are now breaking the barriers thanks to the decision of the Government of Odisha to ensure 50 percent reservation for women in the 2012 panchayat elections.

But other challenges remain. It has been decided that after 10 years, seats that were reserved for women will be open to men. A large number of trained elected women representatives will therefore be unable to re-contest from their seats.

We need to give Bharati Behera the chance to be a village head for another 1o years.

Only then will she emerge as a stronger leader.