Nayna Patra, a 45-year-old from Dhenkenal district in the eastern state of Odisha is a star campaigner for a UN Women programme for elected women representatives. She established a school for girls, protected 250 acres of Sal forests and helped women’s groups to get loans

New Delhi - Nayna Patra, is a 45-year-old woman from Dhenkenal district in the eastern state of Odisha. Besides being a cultivator and a mother of two, she is also a star campaigner for a UN Women project dedicated to elected women representatives. The challenges she faced when raising a differently abled daughter did not deter her from getting elected twice as a ward member from Maluagoda village in Odisha. Nayna established a school for girls, protected 250 acres of Sal forest and helped women’s groups to get loans for small entrepreneurial endeavours. She continues to motivate and inspire many women from her village. Due to her accomplishments, she won the 2013 Outstanding Women Panchayat Leaders Award. 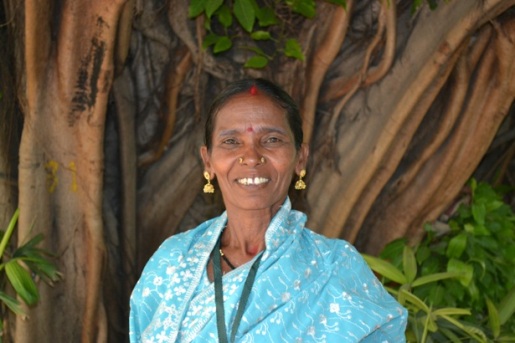 UN Women and The Hunger Project held special campaigns to strengthen women’s role during elections. As part of these campaigns, women in Nayna’s village were urged to stand for Panchayat (village council) elections and vote before the Odisha village council elections in February 2012. These elections are held every five years to select leaders to run local government bodies or Panchayati Raj Institutions. Nayna was a ‘star campaigner’ during the campaign process – she helped female candidates develop their electoral strategy and defy patriarchy. As a result of the campaigns, more women have been elected from non-reserved seats that were open to both men and women.

UN Women: How do you feel about winning the Outstanding Women Panchayat Leaders Award for 2013?

Nayna Patra: I am very happy. I have already won the Nandini Devi Award at the district level and the Governor’s Award at the state level in Odisha. I was waiting for the recognition at the national level. Now that I have won, I feel more inspired to work.

UN Women: What was your role as the star campaigner in the Panchayat (village council) elections last year in February?

Nayna Patra: Since I had already won as a ward member twice before, the opposition party offered me money to withdraw from contesting the elections. For the first time, while filing the nomination papers, women signed the nomination forms. This has inspired many women to follow suit 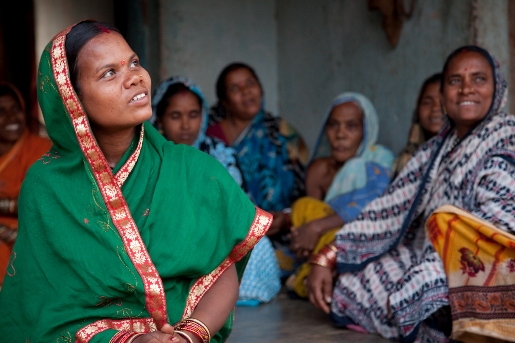 Bharati Behra won the Sarpanch election on a seat reserved for Scheduled Tribes. A first timer to village politics, she was undeterred by opposition from family and some men. Thanks to the unanimous support she received from the women in her area, she was able to win by 500 votes. Photo credit © Gaganjit Singh Chandok/UN Women.

UN Women: Did the SWEEP campaigns make any difference?

Nayna Patra: Even though there are reserved seats, women have started contesting from open seats because of the SWEEP campaign. According to the constitution, if a Sarpanch is a man, the deputy Sarpanch must be an elected woman. But because of the SWEEP campaign, even if a woman is elected as a Sarpanch, women are still coming out to be the deputy Sarpanch.

UN Women: How did you inspire other women in your community to stand for elections from unreserved seats?

Nayna Patra: Whether a seat is reserved or unreserved, whether we win or lose, I have always encouraged women to come forward and contest elections. This is my message to women during the discussions we have during the Gram Sabha (public village meeting).

Nayna Patra: Yes it is helpful to have reservation in Panchayati Raj Institutions (local governance institutions). Earlier women did not contest in elections, but with reservation, today every woman aspires to contest and win elections.

UN Women: Do you think you can run for the third term as a ward member?

Nayna Patra: I have been elected as a ward member twice. Till now I have only been working for my village. Now, I would like to work for the Panchayat (village council).  I lost the last Sarpanch election, but I am looking forward to contest in the upcoming election.

UN Women: What kinds of challenges do you face as a female local leader?

Nayna Patra: I have been criticized by men. They have mocked and ridiculed me. But, I have decided to ignore them. Initially, they would ask me to sign on blank papers during meetings. But now, I ensure that the minutes are first written and read out by the Sarpanch secretary. I also ask a literate villager to read the minutes to make sure that the minutes read out are correct. Only then do I sign the minutes of the meetings. 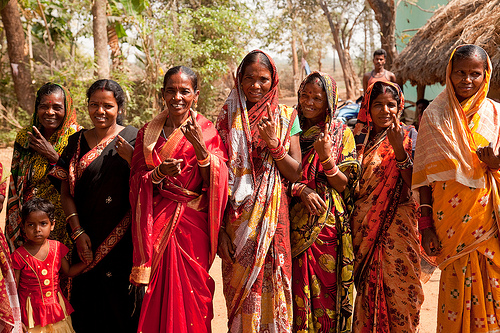 As a ‘star’ campaigner during the panchayat elections in Odisha in February 2012, Nayna Patra urged women to stand for elections. Photo credit: UN Women/Gaganjit Singh

UN Women: What initiatives have you taken up to empower women and girls in your community?

Nayna Patra: Because I am illiterate, I don’t want any children, especially girls to be deprived of education. I have taken the initiative to upgrade an all-girls school that previously was up to seventh standard. It now teaches girl students up to the  eighth standard and the school will be upgraded each year.

The villagers were cutting down the shrubs around the forests. Since we were dependent on them for firewood, I have managed to ensure the preservation of around 250 acres of Sal forest over the span of 25-26 years.

In 2009, an alcoholic from the village misbehaved with a woman. He was penalized with a fine of Rs. 1000 and ostracized from the village. He was also made to sign an agreement that he will no longer drink and move around the village. I want more Self Help Groups (SHGs) and economic empowerment groups, which will truly help women.

UN Women: Do you see a change of mindset or attitudes among men now that many women are becoming local leaders in the community?

Nayna Patra: Not all men have changed their mindset. There are still some men who do not want women to contest in the elections. Earlier women were not part of ward Sabha, which are held only in Odisha. But now, men have started encouraging women to attend the Sabhas.

UN Women: What are your aspirations for your village and children?

Nayna Patra: I want a Panchayat where all the members are women. I also want water to be available to the entire village.

UN Women: What message would you like to give other women in different parts of the country about your experience?

Nayna Patra: Women should be united, independent, and fearless. They should not only be literate but also be aware of their rights. Violence against women must be reduced.