Beijing+20 in the eyes of the media 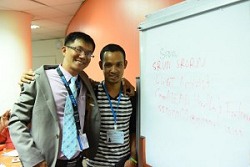 “Human rights are equally valid for everybody and it is all that Beijing+20 should be about,” says Soprach Tong, The Phnom Penh Post columnist who reported on some of the most sensitive issues such as gang rape and sexual violence by intimate partners in Cambodia. “I am especially glad that Sexual Orientation and Gender Identities (SOGI) people were recognized by the Member States in the final document. If we did not include them, the universality of human rights will be compromised.” reflects Soprach on the negotiations between Member States on sexual and reproductive health and gender identities.

In Cambodia, where SOGI people still face discrimination and hate speech, media can according to a Cambodian activist and Soprach’s friend Srorn Srun “play an important role in changing their image”. Participating in the Media Training, co-convened by UN Women and UNFPA within the framework of the Beijing+20 Regional Conference, is strengthening Soprach’s understanding of the role of media in the fight for gender equality. “The acceptance of equal rights is improving and there is also slightly less violence against women in Cambodia and this is mostly thanks to the civil society, the media and their awareness raising activities,” says Soprach who besides being a journalist is also an independent researcher. 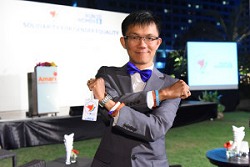 In his Love and Sexual Relationships study on perceptions of St. Valentine’s Day in Cambodia, almost half of 376 men surveyed declared that they were willing to engage in non-consensual sex with their female partners on this occasion if their advances were refused. This figure is 14 per cent lower than in 2009 when Soprach first undertook this study, which he believes should be replicated in other countries. The young and active exponent of gender equality remains positive about global advances in human rights and hopes that the Beijing+20 conference will help to move his country towards better opportunities for everyone.