The Youth Team Leader Club (YTL club) in Chu Van An high school recently completed its recruitment for new members for its second season in 2015-2016.

“After posting our recruitment advertisement to our club’s Facebook, we only received nearly 20 applications. We were very upset. However, on the day of the interviews, as many as 70 students showed up to hand in their applications. It was much more than expected,” said Hoang Trung Hieu, a member of the club’s recruitment panel. 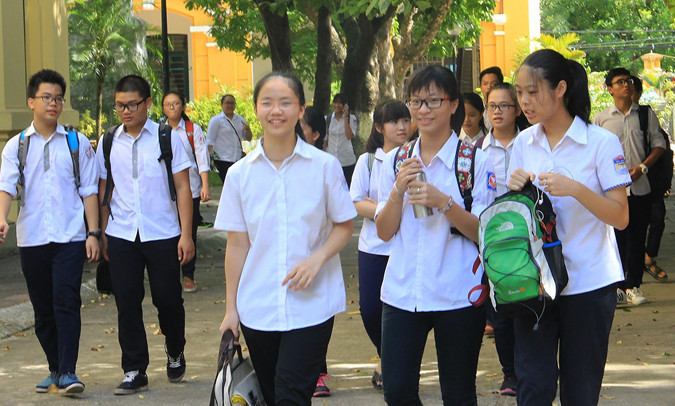 Student members of the club’s management board took the role of recruiters. They were looking for the most capable and suitable candidates to improve the operation and development of the club. In the interview, applicants were asked to present a plan on engaging friends in an activity to address gender equality and school-related gender-based violence, and to highlight their commitment to such a prevention and response programme by the club.

“I was impressed with a picture question in the interview. That was the picture of one big fish eating one small big; they both wore school uniform ties. The picture described school bullying. I think this question was very creative,” said one applicant after the interview. 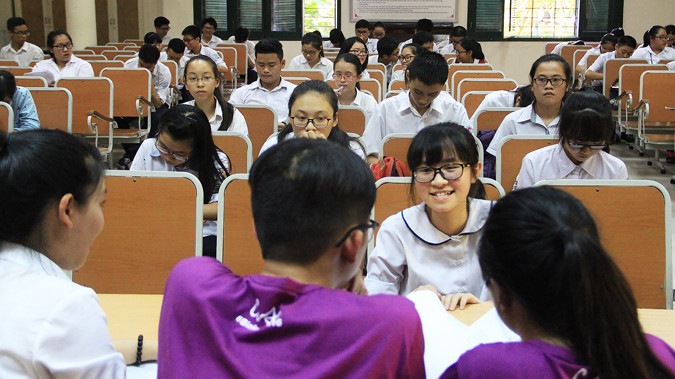 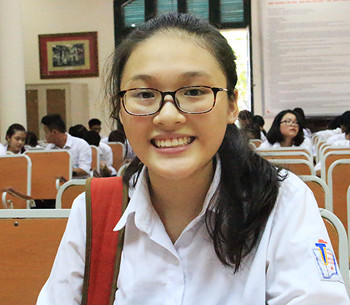 The 10 most outstanding candidates were selected as new club members. Le Quang Minh, one of the new members expressed her satisfaction;“I passed the interviews of both Debate club and Youth team leaders club. After considering, I chose the YTL club because in the Debate club, I would learn only one skill, while in YTL club, I would have opportunities to learn and practise different skills; from event planning and management, presentation and negotiation, to creative communication. I believe I would be more complete after being with YTL club.” 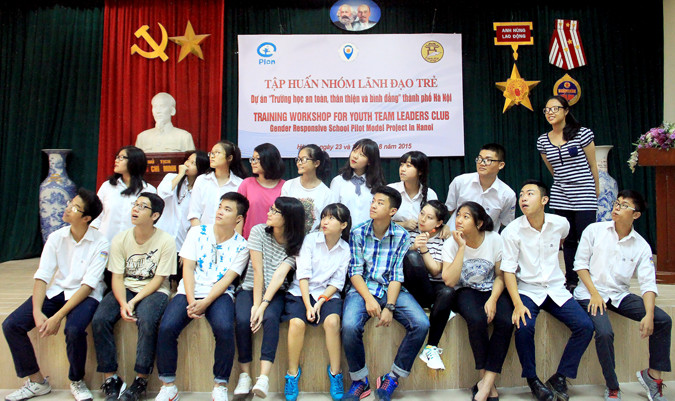 There are another 19 YTL clubs in 19 secondary and high schools in Hanoi also recruiting new members. The clubs are a new initiative to empower students in organizing and managing communication activities to prevent and respond to school-related gender-based violence, and promote gender equality. Contributing to the ‘Gender Responsive School pilot model’ project, in the 2014-2015 school-year, the 20 YTL clubs engaged over 30,000 students, nearly 1,000 teachers and education officials, and hundreds of parents in Hanoi in preventing and responding to school-related gender based violence.

The YTL club model is much appreciated by the Hanoi Department of Education and Training due to its creative approach and efficiency. In the 2015-2016 school-year, the department plans to replicate the model to other secondary and high schools in the city. This is a very positive initiative in acknowledgement of the results of the Gender Responsive School pilot model project in Hanoi, supported by the United Nations Trust Fund to End Violence against Women (UNTF) and Plan International.