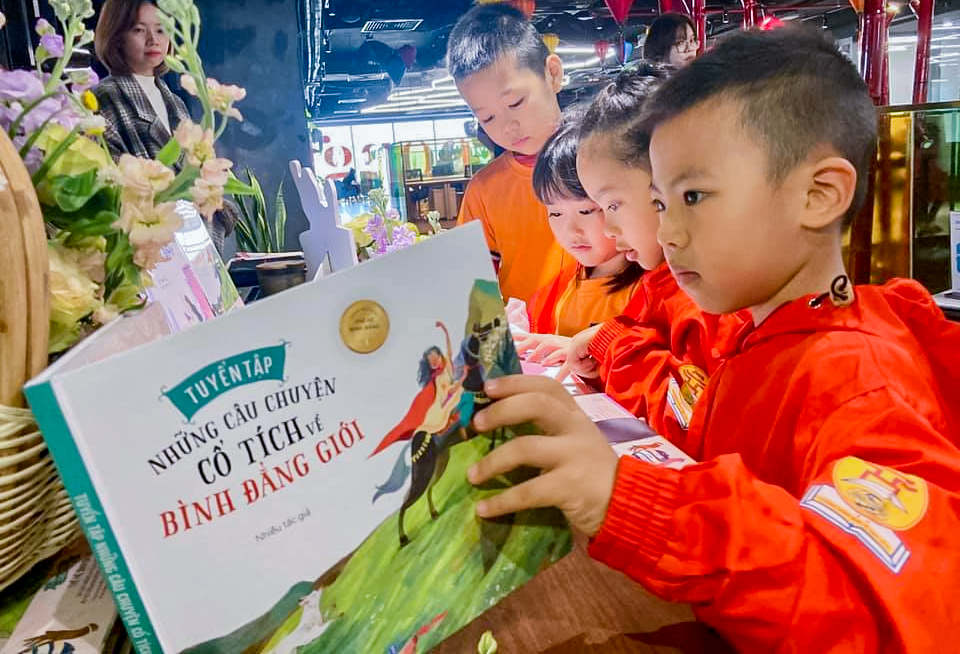 Ha Noi, Viet Nam — Innovative modern fairy tale picture books on gender equality for children were launched in Viet Nam on Tuesday, in a publishing first for the country. The books were launched by UN Women and Crabit Kidbooks. Crabit Kidbooks is to donate 20 percent of proceeds to Peace House, a safe shelter and service provider supporting women and children who are victims of domestic violence, human trafficking and sexual abuse.

In well-known fairy tales in Viet Nam such as Tam Cam, Thach Sanh or Cinderella, and Sleeping Beauty, the female characters are often portrayed as beautiful, weak, dependent women who are mostly limited to domestic jobs such as cleaning, cooking, and taking care of the family. And the male characters in those tales are portrayed with strong, proactive, brave and commanding personalities. In contrast, the characters in the book set brings different perspectives about the roles of each individual in our society, as well as taking specific actions to change gender stereotypes.

“There are very few reading materials promoting gender equality for children on the market,” said Vu Phuong Ly, programme specialist of UN Women and technical advisor on the books. “In contrast to the traditional way, the character system in this modern series of books has been built by the authors with a creative, modern mindset, ready to challenge the barriers to be themselves and overcome all difficulties to succeed.”“Through these stories, UN Women want to convey the message of a sustainable and equal future where all children of any gender can grow up healthy, be respected, be free to develop and follow their dreams without being prevented by any stereotypes and barriers." 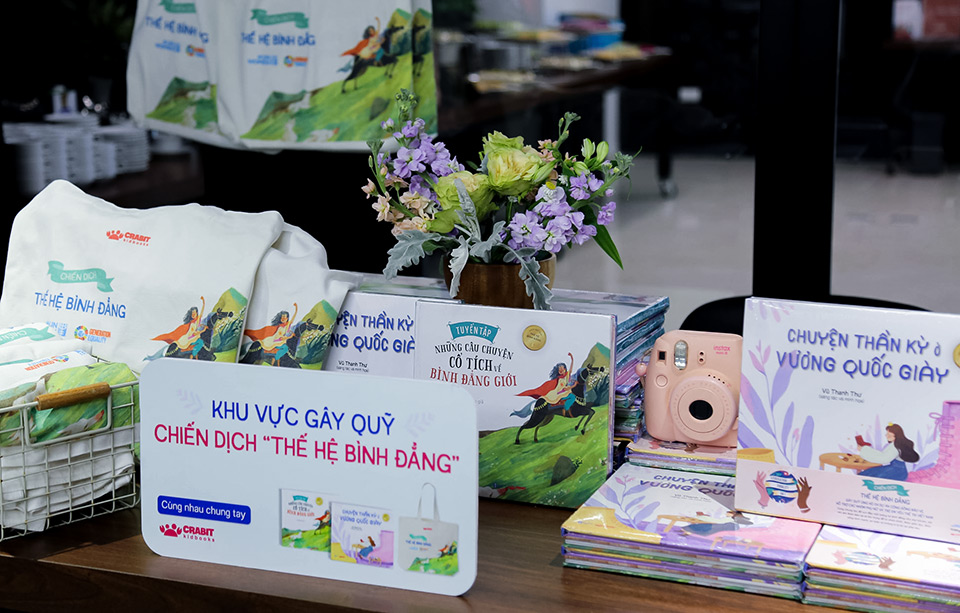 20 per cent of proceeds will be donated to Peace House, a safe shelter and service provider supporting women and children who are victims of domestic violence, human trafficking and sexual abuse. Photo: UN Women/Tran Ngoc Linh

The book set consists of two paperback volumes: A Miracle in the Kingdom of Shoes and A Collection of Fairy Tales About Gender Equality. Some proceeds will go to support the operation of Peace House, a shelter and service provider supporting women and children who are victims of domestic violence, human trafficking and sexual abuse. Readers can make further contributions to the fundraising campaign at the website: https://www.crabit.vn/unw-the-he-binh-dang.

The launch ceremony of the books and fundraising campaign was one of the activities to celebrate the 10th anniversary of UN Women, the national Women’s Day in Viet Nam, and in line with the National Action Month on Gender Equality and Prevention of Violence Against Women and Girls.

About the Peace House: "You’re not alone. We are always beside you!"

Peace House Shelter Project, run by Center for Women and Development, a subordinate unit of Vietnam Women’s Union, was established in 2007 to provide timely, urgent and comprehensive support for women and children who are victims of domestic violence, abuse and human. In the past years, the Peace House has continuously strived to maintain supporting services and create the best environment for the victims, including: free safe accommodation and food; psychological counselling; health care; legal assistance; soft-skill support; support for cultural learning; and assistance with apprenticeship or employment to help them confidently reintegrate and recover sustainably.