Remarks by Gitanjali Singh, UN Women Nepal Deputy Representative, at a Panel Discussion on Budget and Launch of GRB-GESI Manual

On behalf of UN Women, let me welcome you all once again. May I also take this opportunity to congratulate the National Administrative Staff College on the launch of the GRB and GESI Manual for Class II and Class III officials. 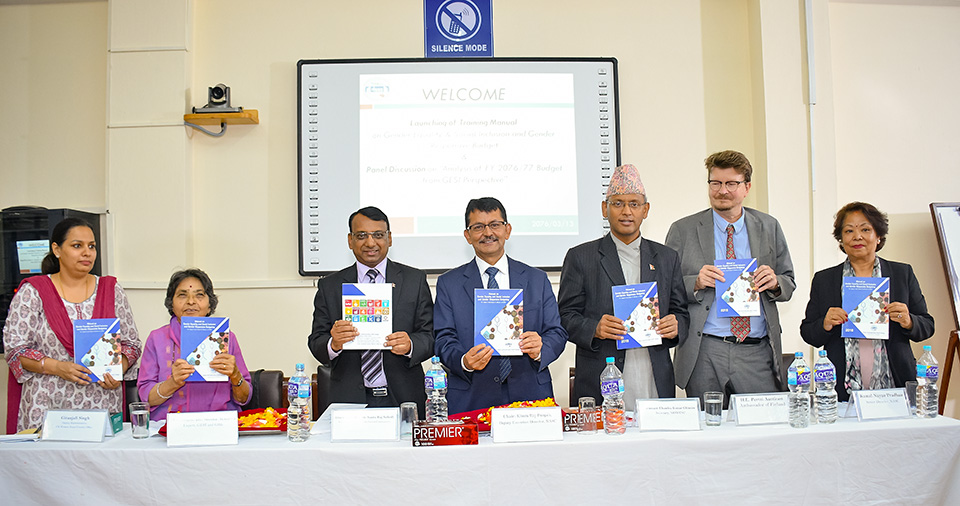 Launch of the GESI and GRB Manual. Photo: UN Women

The Manual is the outcome of a long-standing partnership between NASC and UN Women to further strengthen capacities of government officials on gender responsive planning and budgeting.

I wish to thank Mr. Punya Prasad Neupane, Executive Director, NASC for his commitment to the gender equality agenda. Special thanks to Mr. Khum Raj Punjali, and Ms. Achala Dahal, for their concerted efforts in developing this Manual and the Embassy of Finland for their support and contribution. 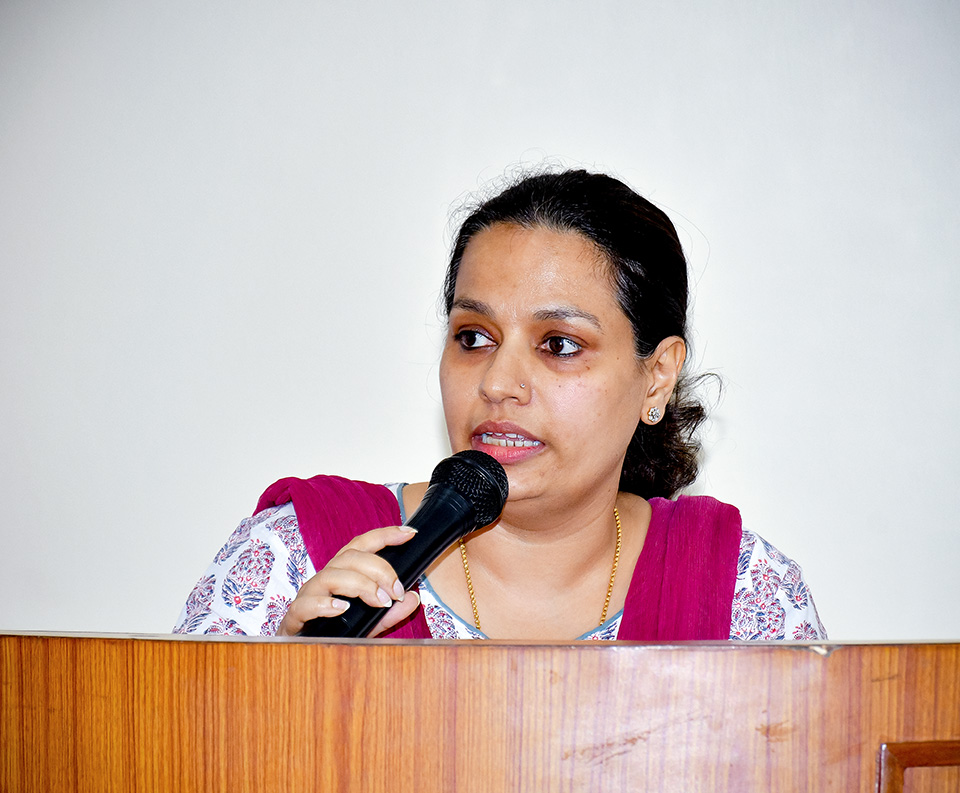 The training manual that we are launching today is extremely significant as it brings together two distinct concepts of GRB and GESI.

The GESI framework is widely recognized by key stakeholders as one of the core frameworks to translate the Constitutional vision of inclusion and equality. Gender Responsive Budgeting or GRB also has a long history in Nepal.

The Government of Nepal has been acknowledged globally for its path-breaking work on GRB including its unique classification system and its coordination mechanism i.e. the GRB Committee which brings together the key drivers, Ministries of Finance, Ministry of Women, Children and Senior Citizen and the National Planning Commission. Nepal is arguably one of the few countries across the globe where such a mechanism has been established and sustained.

The Government’s commitment is reaffirmed in the Approach Paper to the 15th National Development Plan, which notes that “Gender responsive budget system will be institutionalized from federal to the local level; and gender audit will be implemented at all tiers”.

We are now at a critical juncture in the federalism process in Nepal. As we move forward, it is important to reflect and draw on the lessons learned from our experiences at the national level thus far; including the classification system.

A rapid assessment was conducted in 2015 noted that there was a need for corrective actions by ministries/departments to modify programmes categorized as neutral or indirectly gender responsive projects, to more gender responsive. The Assessment further pointed to lack of conceptual clarity on gender equality and GRB. The GRB Classification System was also seen as complex and difficult to apply by some ministries and departments.

I would like to highlight four key points today:

Firstly, we need transformative financing for gender equality. I am sure our panelists later today will reflect on the extent to which this year’s budget advances the GESI agenda. But the need for increased investment cannot be overstated. As data from across the globe shows, there remain huge gaps in financing for gender equality including for the national women’s machinery. The CEDAW Committee in its Concluding Observations has also urged the Government to ensure increased financial resources. Transformative financing entails significantly increased, prioritized and sustained investment in gender equality commitments in scale, scope and quality, from all sources and at all levels. Going forward, this will require reorienting the macroeconomic policies and redistribution of resources to expand the fiscal space for investments for gender equality.

Secondly, we need to ensure that outlays (allocations) translate into real, tangible outcomes for women and girls. This will require further strengthening of accountability mechanisms for gender equality, including systems to assess the quality of expenditure and monitor results/changes in the lives of people.

Thirdly, it is critical that decisions on public spending and priority setting are participatory and inclusive. For this, we need to create space for civil society and women’s organizations to participate and influence budgetary discussion and outcomes. We know it, but it bears repeating, that participation matters; voice matters.

Lastly, GRB should no longer be seen as a technocratic exercise, but re-imagined and appropriated as a powerful tool for good governance, social accountability and more importantly for democratic engagement.Ladies and gentlemen, we at UN Women often say investing in gender equality is both the right thing and smart thing to do. To quote the UN Secretary General, Antonio Guterres: “We will never reach any of our objectives without the equal participation of half the world’s population, and without drawing fully on their expertise, capacities and experience”.

Ending gender inequality is therefore both an outcome as well as a necessary condition for securing sustainable development. It is a necessary condition in the sense that women, especially those from the most excluded groups must be empowered to bring their differential experiences and interests to inform the development agenda. They must be included in all the decision making we define as governance – and that definitely includes the budget.