Celebrating Partnerships for Gender Equality in the Marketplace 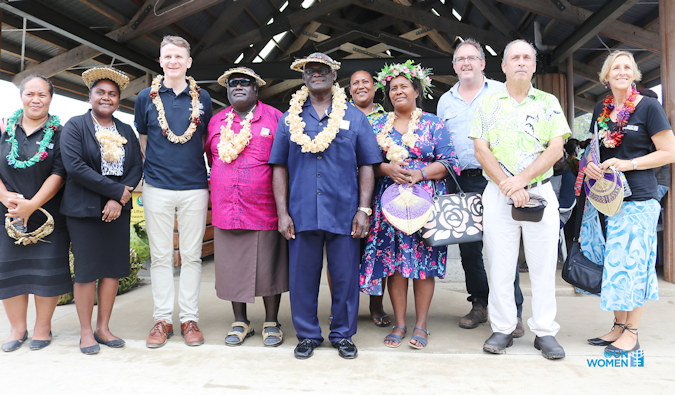 At the official opening of the Gizo Market. Photo: UN Women/Ariela Zibiah

The new Gizo Market in the Western Province of the Solomon Islands which officially opened today provides a new market space in which the rural vendors of Gizo can trade produce, seafood and cooked food.  The new structure not only is a much safer building for vendors and the general public as it is built to withstand a category five cyclone but is more spacious and hygienic, with running water and washrooms.

The market has significantly increased the number of stalls, from 100 to 240 which translates to improved working conditions for market vendors, with the addition of amenities, a market management office, improved water and sanitation, and access to lighting. 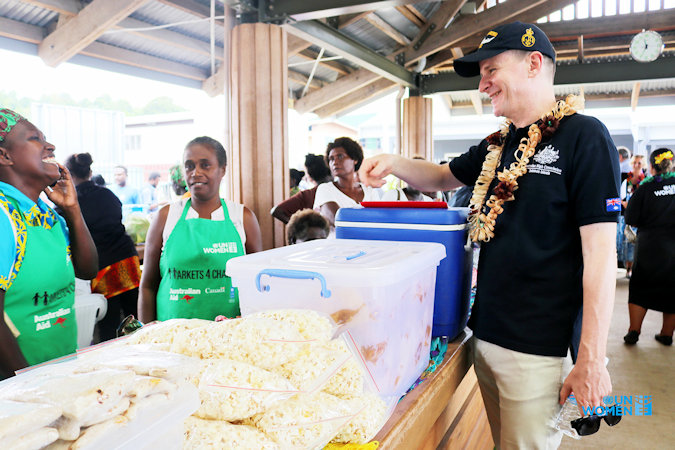 This initiative is funded by the Australian Government, and is in collaboration with the Western Provincial Government, Gizo Market Vendors Association and UN Women’s Markets for Change Project, working together for a better marketplace.

“For us at the UN Women Markets for Change Project, we know that the majority of market vendors in Solomon Islands, and the Pacific are women.  And we also know that markets “mean business” and contribute greatly to the economic livelihoods of women, their families, communities and to the nation.  UN Women supports market vendors to participate in decisions about both infrastructure development, and market management ensuring that women vendors have a say in how the market is designed, built and run. Ensuring women’s voices are included leads to better, safer spaces for women to contribute economically,” Sandra Bernklau, UN Women Fiji Multi-Country Office Representative, said.

With women comprising 75 to 90 per cent of market vendors in the Pacific, it is important to include women in infrastructure development because they are the ones that work in these spaces. When consulted, women’s perspectives cover health, security and other issues which can influence planning and design to ensure inclusivity and safety.

“I would like to acknowledge the good working relationship GMVA has with the provincial government and the contractors. We were able to participate and influence decisions that mattered a lot to women vendors,” Lauretta Nasala, the President of GMVA said. 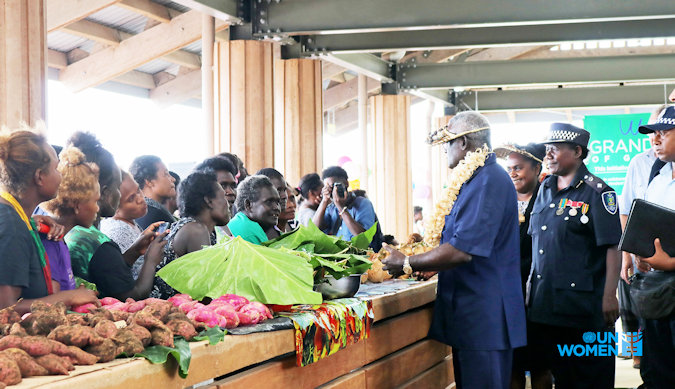 Ruth Pana, a member of GMVA and a vendor at the market, said the renovated market underlined the benefits of women being included in planning and design phases of such projects. “I am so happy to see the completion of our new market. We were very happy to participate in the redevelopment project planning, its design phase and seeing it reach its completion phase,” she said.

The completion of the new market is a critical step towards stimulating increased economic opportunities and tourism in Gizo, which will benefit market vendors and their families, contributing to women’s improved livelihoods.

UN Women’s Markets for Change project is a multi-country initiative aimed toward marketplaces in rural and urban areas of Fiji, Solomon Islands and Vanuatu being safe, inclusive and non-discriminatory, promoting gender equality and women’s empowerment. A UN Women project, M4C is principally funded by the Australian Government, and since 2018 the project partnership has expanded to include funding support from the Government of Canada. UNDP is a project partner.