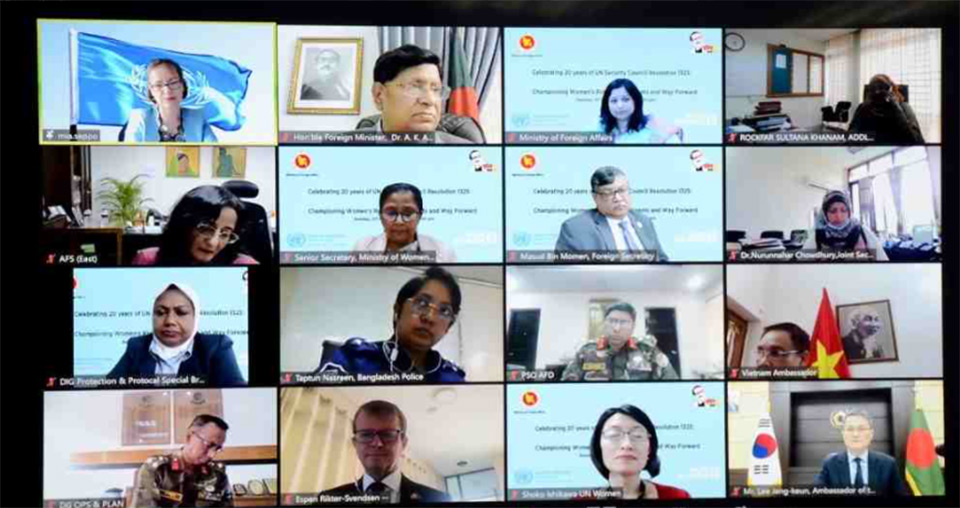 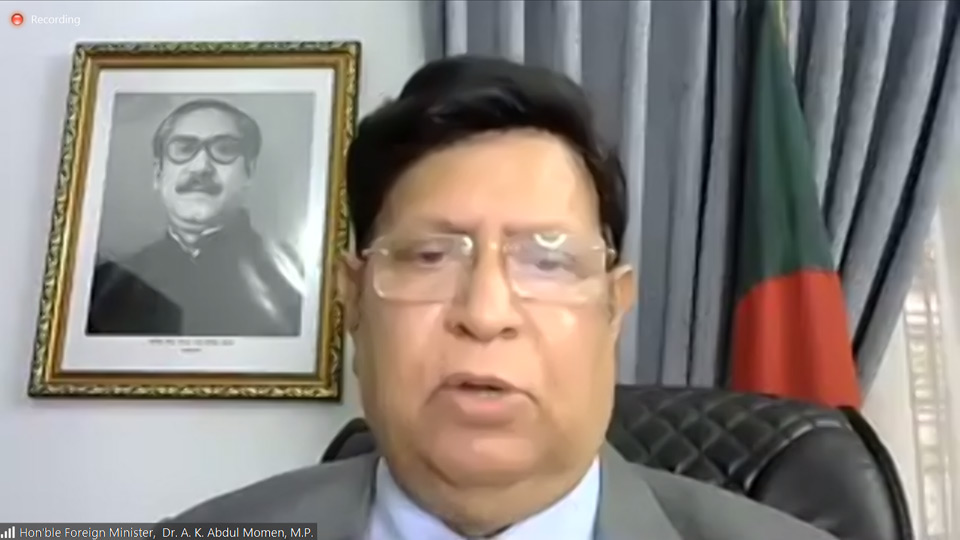 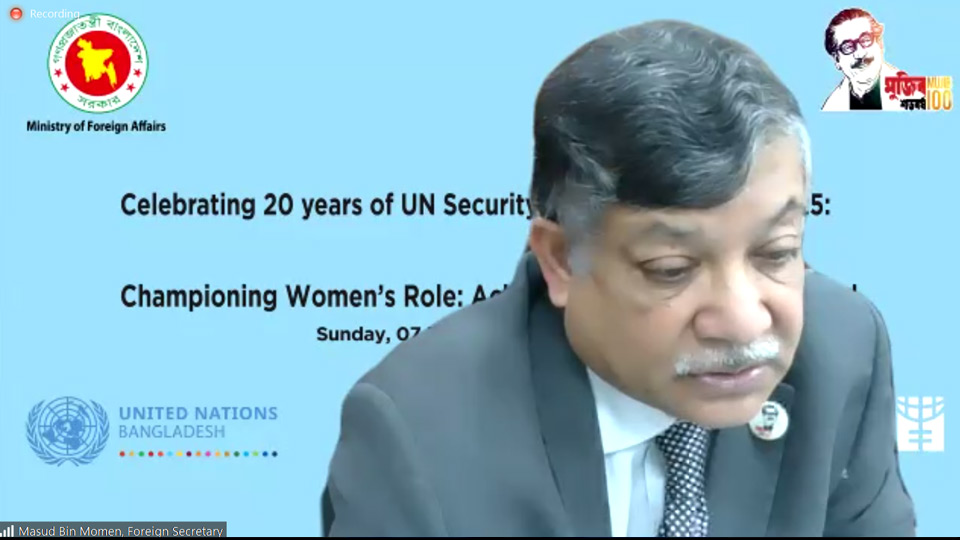 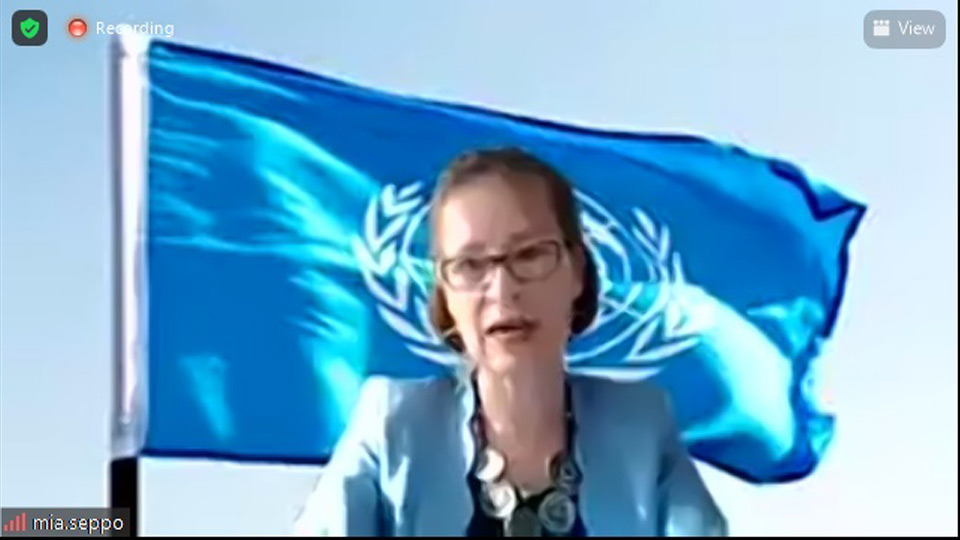 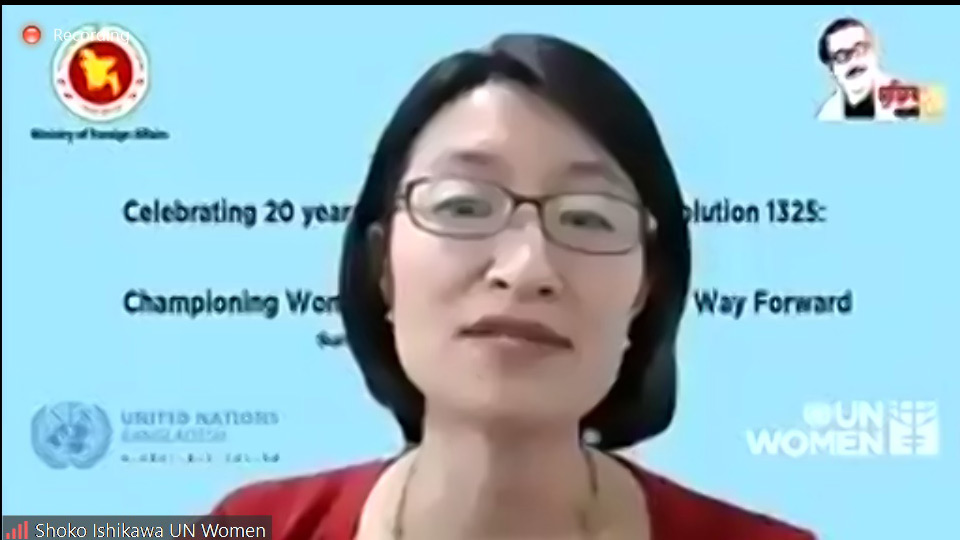 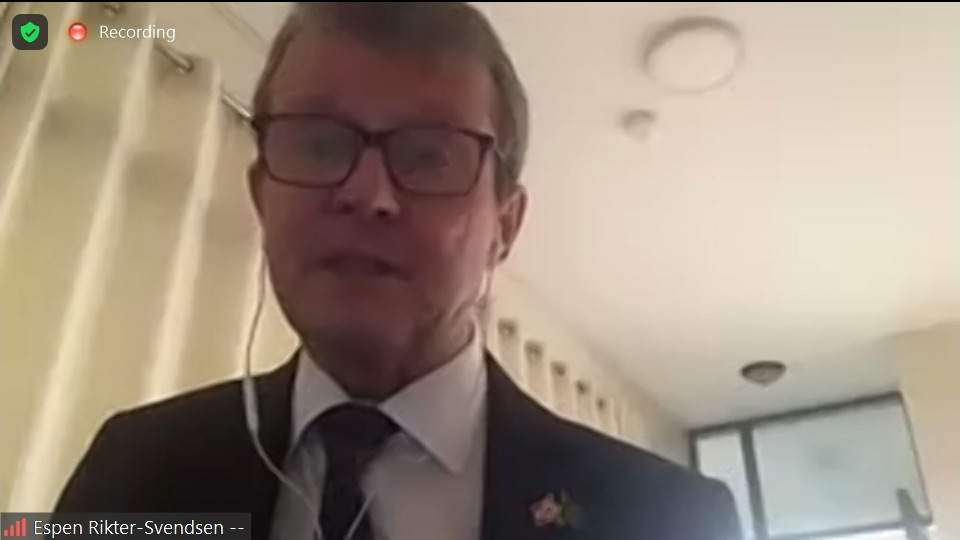 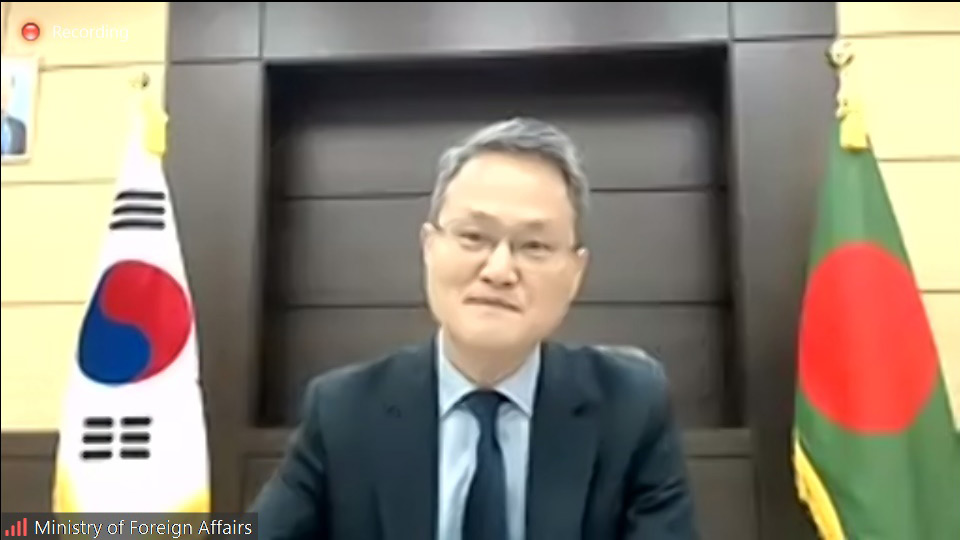 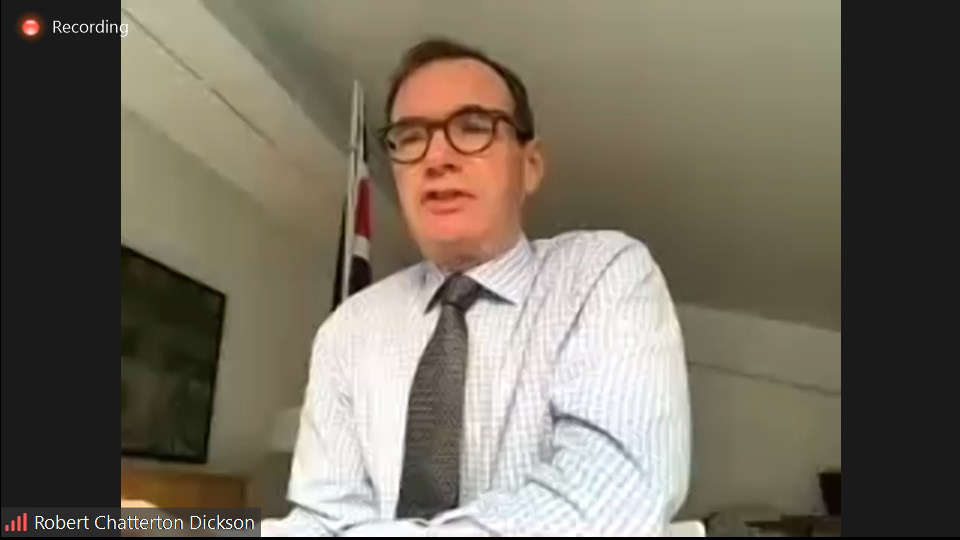 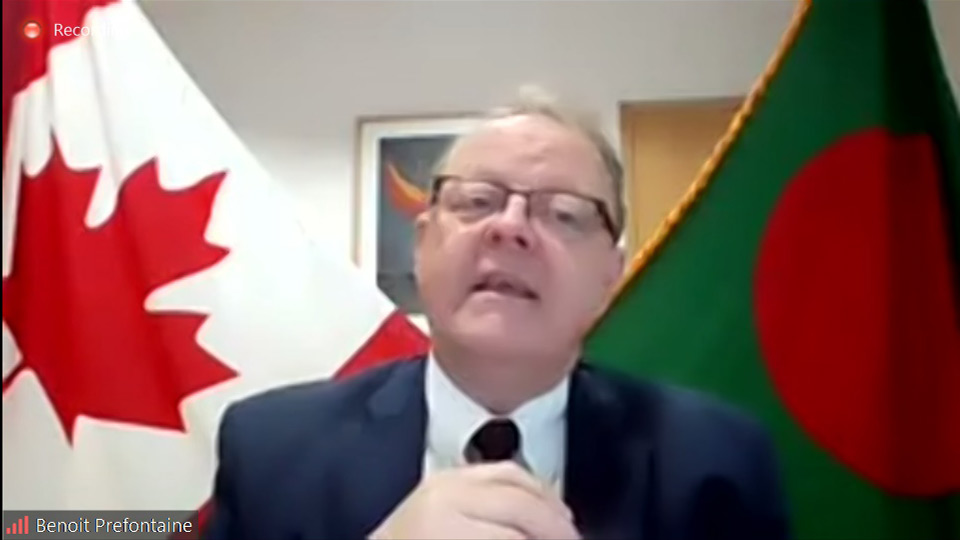 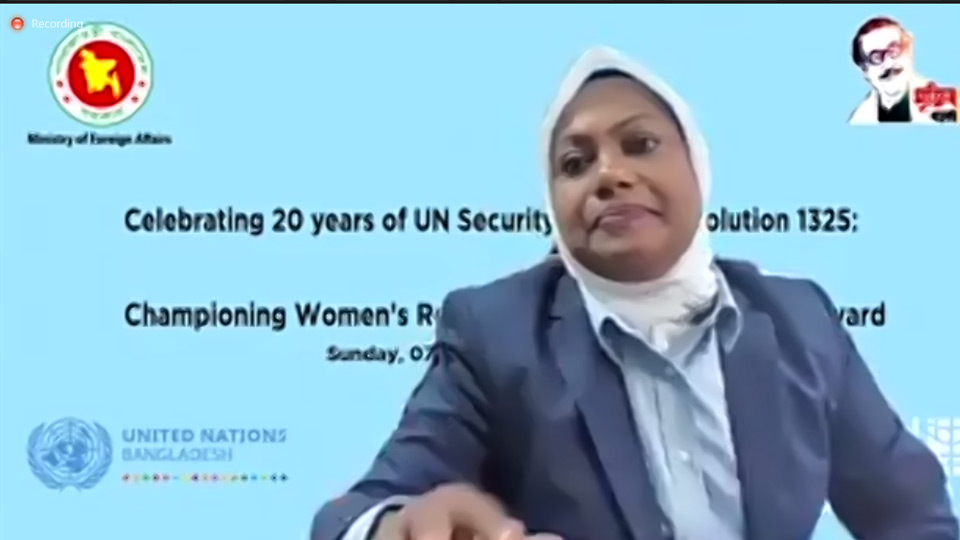 In her remarks, Mia Seppo, UN Resident Coordinator in Bangladesh applauded Bangladesh for its international role in advancing the Women Peace and Security agenda at home and abroad. Bangladesh, as the largest contributor of personnel to peacekeeping missions, including female peacekeepers and police, is ensuring the stability and safety, in particular of women and girls, in the communities they serve. “Women’s meaningful participation [in securing and maintaining peace] is about shifting power…we need to do more to remove the barriers to their participation”, she said, while highlighting the role of all stakeholders including Member States, UN entities, women’s organizations and decisions-makers in making the WPS agenda a priority in the coming decades.

Shoko Ishikawa, Country Representative of UN Women Bangladesh, moderated a session in which speakers shared the opportunities and challenges faced while advancing the WPS agenda in Bangladesh. Manzoor Hasan, OBE, Executive Director of Centre for Peace and Justice of Brac University, highlighted the role of young women in promoting a peaceful and inclusive society through the learnings from the Women Peace Café piloted by them in partnership with UN Women since 2018.

Amena Begam, Deputy Inspector General of Bangladesh Police and President, Bangladesh Police Women Network, presented the work of female police promoting peace through community engagement all the while working alongside their male counterparts in equal footing. She stressed that peace and security and women’s empowerment cannot be achieved without educating and involving men and boys.

Representatives from Bangladesh Armed Forces Division outlined Bangladesh’s tremendous contribution to peacekeeping, including providing all female contingent in UN Peacekeeping missions, while acknowledging that barriers to increased female participation need to be addressed to enable supportive environment for uniformed female troops and officers.

Foreign Secretary Ambassador Masud Bin Momen talked of Bangladesh’s success in women’s increased participation in the economy, government and political sphere, and its role as a strong advocate of WPS issues.

Addressing the event as chief guest, Foreign Minister Dr. A.K. Abdul Momen reiterated Bangladesh’s pivotal role in the adoption of Resolution 1325. “Peace is inextricably linked with gender equality and women’s equality makes our society peaceful and secure”, he said, while outlining Bangladesh’s commitment to the WPS agenda through the adoption of the National Action Plan on Women Peace and Security (NAP WPS) in 2019. “Our women are agents of peace and the National Action Plan on WPS is that vision of peacekeeping and peace building”. He also focused on the issue of financing that remains a challenge for implementing this agenda. He emphasized the need to redouble efforts to ensure women’s full, equal and meaningful participation in the peace process.

The event was attended by over 90 participants including government officials, foreign dignitaries, development partners, civil society representatives, academics and media.

Related News
24/05/2021
From Where I Stand: “Three words to keep in mind – integrity, empathy and humility. I serve with honesty the people who need me the most”
28/09/2011
Women peace activists in South Asia send a strong message for peace
16/08/2022
UN Women co-hosts hybrid Forum on developing Viet Nam’s plan on women and peacebuilding
28/07/2022
National Counter Terrorism Agency and UN Women organize dialogue on gender-responsive policymaking to counter extremism in Indonesia
15/07/2022
UN Women works with the Government and civil society on training to protect women and children from conflicts in Aceh, Indonesia
END_OF_DOCUMENT_TOKEN_TO_BE_REPLACED