“I have the power to do more, to learn more, and I have the ability to affect my community.” 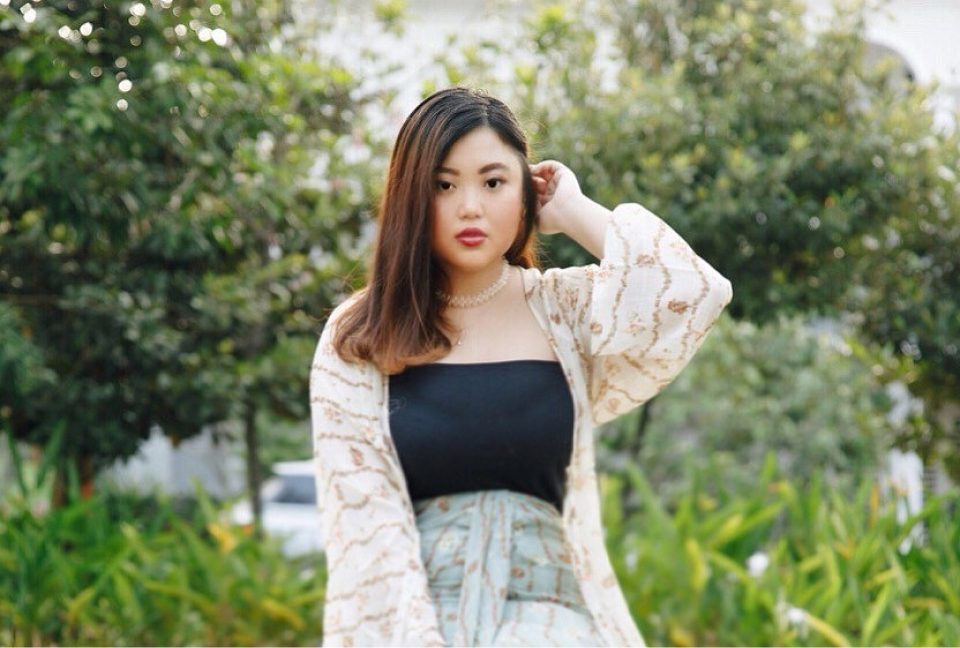 Shifting norms in the 21st Century: seven stories of how the next generation of advocates are fighting gender-based violence. Photo: Sweet Escape

Ever since I was a kid, I have seen many types of gender-based violence. It broke my heart seeing the people around me suffer because of the abuse they were subjected to. I learnt that violence comes in many forms; physical, psychological, financial, sexual, verbal and many more. When I was 16, one of my friends became pregnant from abuse and grooming and was forced to carry the child. I realized then that something inherently wrong is deep-rooted in our society, which makes women into lifelong victims.

One day in school we learned that privilege is a special right or advantage1.  I realized that I am privileged enough to help other people. I have the power to do more, to learn more, and I have the ability to affect my community. Even if I cannot eradicate gender-based violence, I can be a friend and empower others going through these situations.

I think gender-based violence is a crime of power. It is rooted in structural inequality and is systemic in its nature, going beyond violence, and encompasses injustice, discrimination, oppression, repression, and exploitation. To eradicate gender-based violence, we need to deal with the root cause which requires both individual and collective action.

In the meantime, there are ways in which we can support women who do undergo gender-based violence. Firstly, by providing trauma-informed care (TIC) and responses, which includes core elements involving safety, empathy, trust, choice, collaboration, and empowerment. TIC aims to create safety for people seeking care by understanding the effects of their trauma. It also involves creating safe spaces that limit the potential for further harm for all people. Secondly, it is necessary to always ask for survivors' consent, while being conscious to not re-trigger their trauma. And lastly, we should always respect their choices, whatever it may be. Whether the survivors want to pursue legal actions, or to embark on their healing journey alone, it is their choice, and no one else should have a say in their journey.

New technology is also bringing new challenges. After I started doing first-response programmes, a friend reached out to me for help after suffering online abuse. Her ex-boyfriend had been sharing and selling personal images of her over the internet. I referred her to legal help and counselling. At first, she was anxious of her parents finding out, and getting expelled from university. And I totally understand where she’s coming from, coming from a good and upstanding family she never thought she would be in this situation. She also felt extremely violated because she trusted him with pictures that were not supposed to be seen by anyone else. It was really difficult for both of us at first, having deep-seated trauma regarding gender-based violence, but hand-in-hand we’ve reached the point where we are both OK. We understand that by when others have our backs, we can heal no matter how difficult it is. After fighting her battle, my friend is at peace with the situation. She now an advocate regarding sexual violence in new media technology in Indonesia. I was also motivated by her case to conduct a project with local media on this issue, in collaboration with local organization Girl Up Indonesia.

I hope that one day, I will be able to live in an equal, empowered and just world. A world where there is zero violence, injustice, discrimination, oppression, and exploitation of women. Where people live in peace. Where women can live and grow up to be their true authentic selves. And I want to see an Indonesia that is free from gender-based violence. 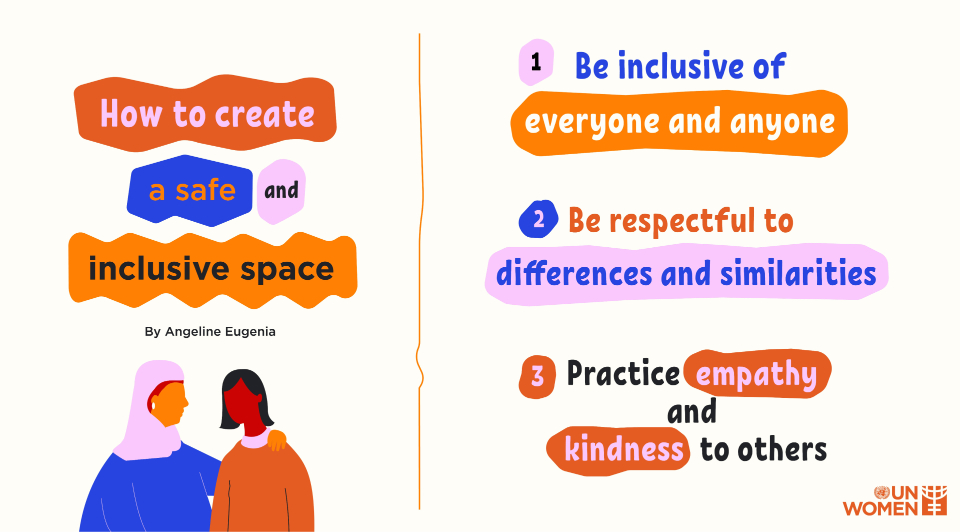 Angeline Eugenia is a passionate researcher and community organiser in the field of gender equality. Her experience spans from being the Head of Programs of Girl Up Southeast Asia, National Youth Gender Activist for UN Women Indonesia, an organiser for local grassroots movements and a mutual aid organiser. On the daily basis, she consults and spreads awareness to other youth all around the globe regarding the areas of her expertise; feminist movement and leaderships, gender-based violence and community care work. Her long term goals include working towards the betterment of livelihoods for women in rural areas, equality and inclusivity for all the marginal groups and eradication of sexual violence in Indonesia. Angeline believes that endeavours to achieve sustainable gender equality requires broad participation of all spectrums of society. 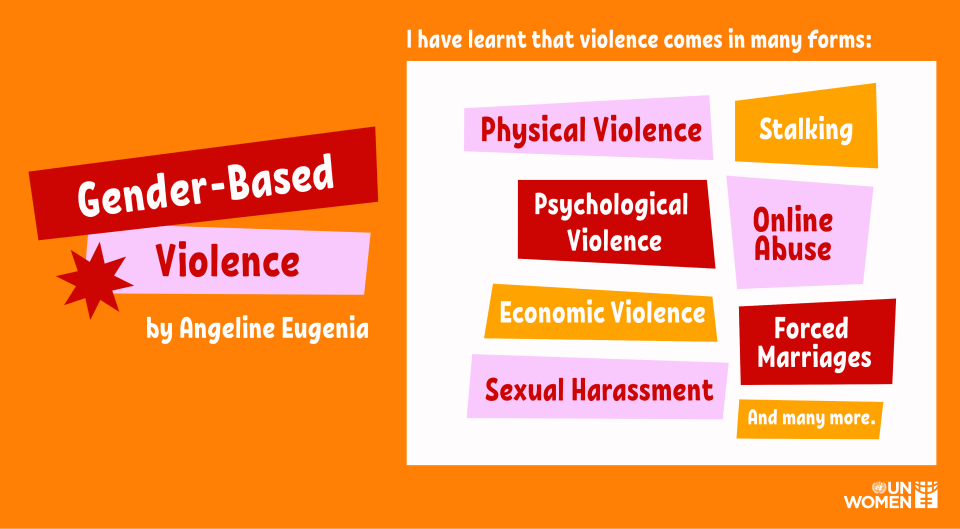