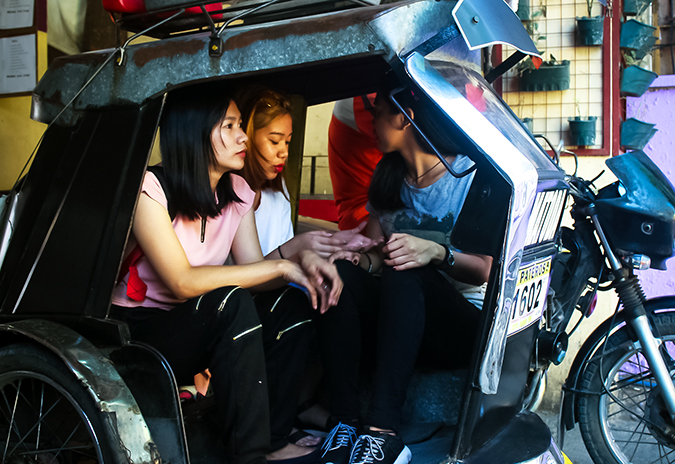 The Safe Cities team has been meeting with university and school administrators and with student councils and organizations about adopting their own Safe Cities campaigns, on campus, on the way from home to campus, and in their communities. On 23 March, Safe Cities and De La Salle University co-organized a competition in which musical bands from seven schools performed around the theme “Break the Silence”.

Ma. Josephine R. Torres, a student at National Teachers College, sang from the heart as her MAJesties Band won the competition.

“As a woman, I’ve experienced sexual harassment many times,” she said. “I was in the jeepney and a guy next to me was pretending like he was putting something in his pocket but simply touching my leg. I was so terrified but tried to keep calm, but he didn’t stop. I then confronted him in front of the people in the jeepney. This experience taught me that I should never be silent about sexual harassment.”

“Intimidating someone sexually, even in smallest ways like wolf-whistling and staring with sexual intents, and invading someone’s personal sexual space, can be a form of sexual harassment,” she said. 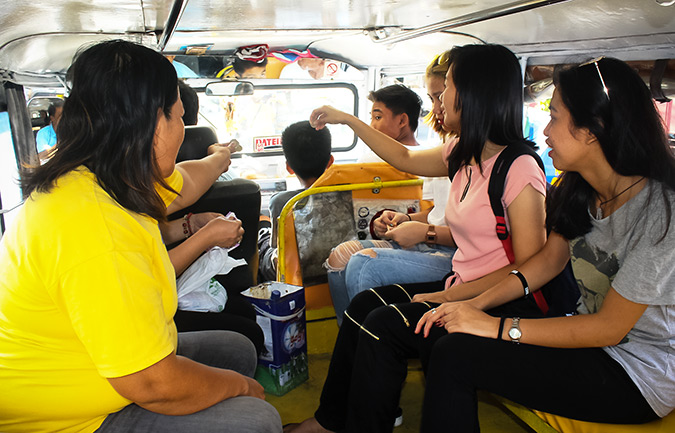 The Safe Cities Metro Manila Programme started in 2015 in Quezon City, with nearly 3 million people the country’s biggest city. The programme’s advocacy led the city administration to strengthen provisions against sexual harassment and violence in public spaces. Penalties now range from 1,000 to 5,000 pesos (USD 20 to USD 100) and imprisonment of one day to one year.

Local media reported two instances late last year in which state workers were charged with catcalling and fired from their jobs. Two police officers in a patrol car harassed a pedestrian who was on her way home. A garbage collector harassed a student who was waiting for a ride.

A UN Women survey in Quezon City in February 2016 showed how pervasive sexual harassment in public places is -- and how reluctant victims are to respond. Seven out of 10 girls aged 12-17 and nine out of 10 women 18-24 said they had experienced such harassment. (The survey included 400 female respondents.) Yet two-thirds of victims did nothing and pretended they didn’t notice, mostly because they considered it minor. Most victims said there were witnesses, who did nothing. In more than half of the harassments, the victims did not tell anyone. In four-fifths of those that were reported, the complainants were dissatisfied with the people they reported to, even getting sexually harassed by the police.

The survey also revealed a tendency to blame the victim; “females should wear decent clothes” was the respondents’ most favoured recommendation on how to avoid harassment.

The Safe Cities team recommends that people follow the “4 Rs”: realize that sexual harassment violates women and girls’ rights; respond to harassers if safe to do so; report cases to authorities; and reform the culture that tolerates harassment.

“The young people hold the key to change the status quo and to transform norms that are harmful to both women and men,” said Charisse Jordan, National Project Officer of Safe Cities Metro Manila Programme. “Our campaign calls on young women to realize it is their right to enjoy public spaces without fear or risk of sexual harassment, and that there is a safe space for them to report violations. We see young men creating a new image of men -- men who do not commit sexual harassment, and men who call out other men who do so. The youth and student leaders can shift the conversation on this. They are very active on social media platforms expressing their views, which in turn influence public discussion.” 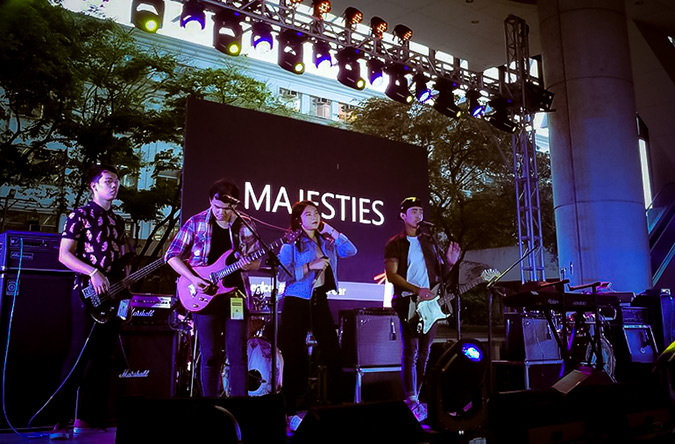 The student government of De La Salle University, host of the 23 March band competition, said it was working with other groups on campus to make the university a leader in creating “safe spaces for women”. The student organizations that UN Women is working with at different schools include youths from groups who are vulnerable to sexual harassment in different ways -- the poor, migrants, ethnic minorities, the disabled, lesbian, gay, bisexual and transgender individuals.

The band competition was funded by the Governments of Spain and Canada and by Joyeria Jewellery company. About 250 people attended, mostly youths. Celebrity musicians and artists performed and judged the competition. 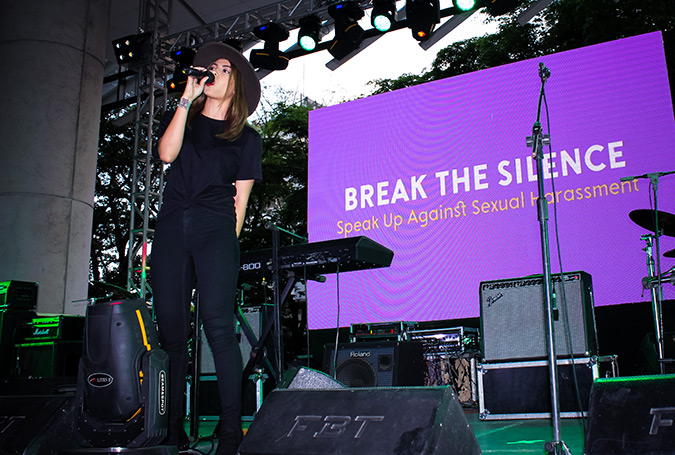 Should I just let you be
and shiver in
fear
By your side?