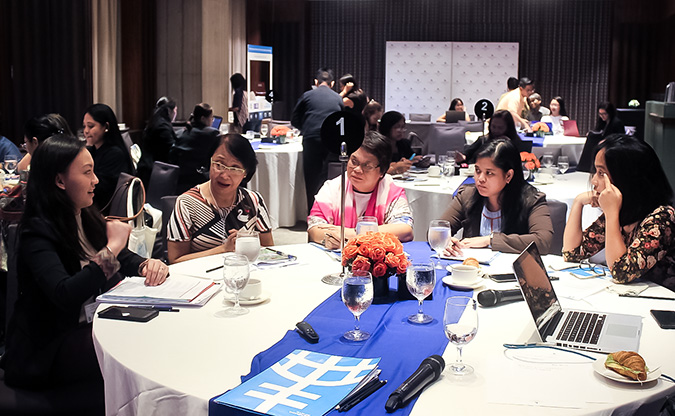 Officials of the governments of Caloocan, Malabon, Navotas and Valenzuela cities of Metro Manila discuss at the forum on 12 July how they can make the cities safe for women and girls. Photo: UN Women/Minjeong Ham

Pasig, Philippines — UN Women has organized discussions among local governments of Metro Manila on how to design and plan public spaces so that women and girls can feel safe when using them.

Government officials of 13 cities of Metro Manila attended a forum, “Enhancing Good Local Governance: Gender Equality and Women’s Safety in Urban Planning”, which UN Women Safe Cities Metro Manila Programme organized on 11-12 July in Pasig. The forum was held in partnership with the Department of Interior and Local Government, Department of Budget and Management, and the Philippine Commission on Women.

The forum was aimed at encouraging the local governments to integrate women’s safety concerns into city planning, increase investments for women’s safety, and do “women’s safety audits” of the streets.Forum participants discussed how the Gender and Development budgets, first allocated to the cities in 2016, can be used to upgrade public safety. UN Women has been encouraging Metro Manila governments to use the budgets on measures to prevent harassment on the streets. 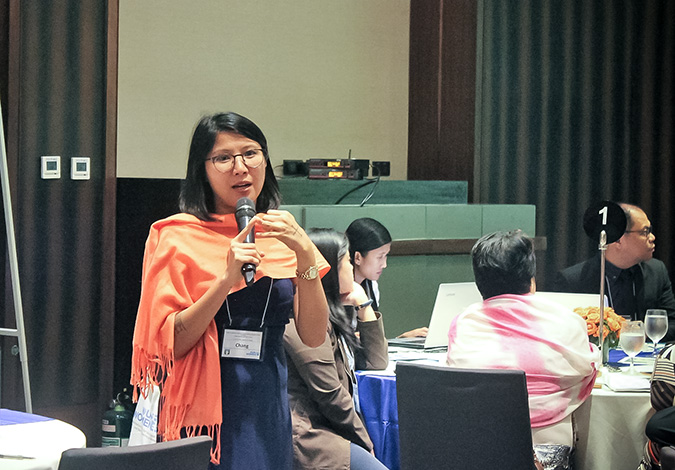 UN Women’s Charisse Jordan discusses at the forum on 12 July the importance of using Gender and Development budgets to curb harassment and attacks on women in public spaces. Photo: UN Women/Minjeong Ham

“Even without that, the governments can still send a strong message that all forms of violence against women and girls will not be tolerated,” said Charisse Jordan, National Project Officer of UN Women Safe Cities Metro Manila Programme.

“In order to eliminate violence against women and girls, it is essential to integrate the gender dimension of urban design and planning, ensuring that public spaces are inclusive and safe for women and girls,” Jordan said at the forum. “Since urbanization has brought various challenges such as violence against women, planning and designing safe public spaces has become an essential prerequisite for creating a sustainable environment.”

“Today more and more women are working outside their home to provide better lives for their family. Good local governance is key in enhancing women’s livelihood and women’s rights,” said Marjorie Jalosjos, Assistant Secretary for Mindanao and Special Concerns of the Department of Interior and Local Government.

The Department of Interior and Local Government has been monitoring the Gender and Development plans of the Metro Manila governments and trying to improve their ability to respond to women’s needs in the communities.

Also at the forum, the Metropolitan Manila Development Authority said it was committed to promoting gender equality and ensuring women’s safety.

“Gender equality starts in our family, inside our household, in our own community, in our local government. We should imbibe gender principles in our local governance, in how we deal with another, in how we manage our day-to-day affairs in our own offices and areas of jurisdiction,” said Undersecretary Frisco S. San Juan Jr., Deputy Chairman of Metro Manila Development Authority. 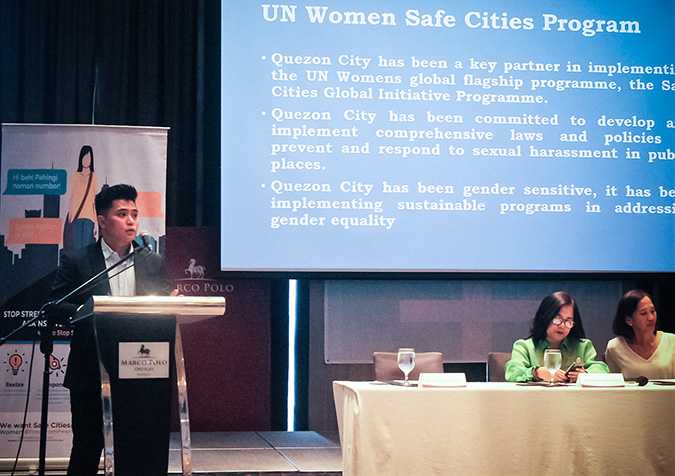 Ahead of the forum, representatives of UN Women Philippines visited the city mayors and officials of Metro Manila to introduce the Safe Cities Metro Manila Programme.

The programme has launched a “Women’s Safety Audit” initiative in all 16 cities of Metro Manila, starting with Quezon City in 2015. Together with the city governments and their City Planning Offices, the programme plans to do research on how the cities and barangays (villages or districts) invested in women’s safety in public spaces and infrastructure during July 2017-July 2018. Following that will be an assessment and compilation of good practices in allocating government budgets for women’s safety.