Quezon City, Philippines — Celebrating the country’s freedom from colonial rule, 65 high school students painted pictures on roads by Quezon City Hall to call for another kind of freedom — for women and girls to go about public spaces without fear of sexual harassment. 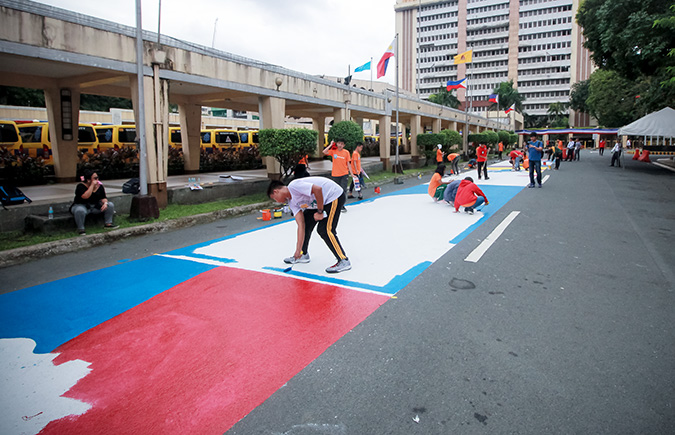 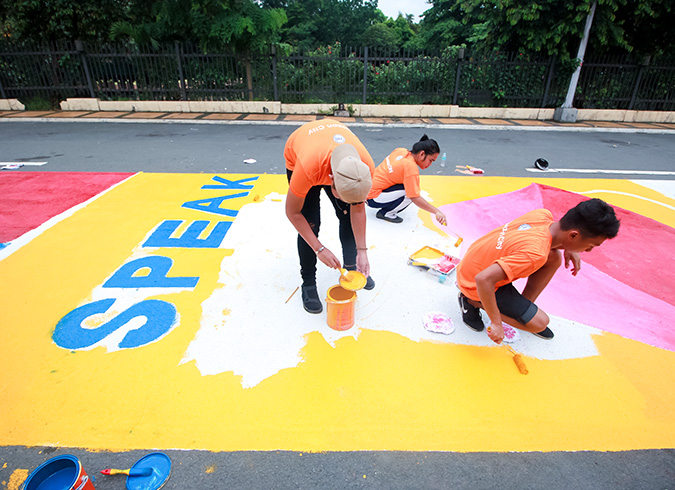 In a road painting message, students taking part in the 17 June event encourage the people of Quezon City to speak out against sexual violence. Photo: UN Women/Dominic Mananghaya

“We are painting this road because we want women to be empowered not only in the Philippines but all over the world,” said Jade L. Lusterio, 15, student from Flora A. Ylagan High School.

“Women and girls experience catcalling and sexual harassment in the street,” said Angeline Seda Ayala, 15, from Ernesto Rondon High School. “It is important for these spaces to be safe for us because we live our lives in these spaces. How safe we feel affects our mindset in these spaces.”

“Our message is to stop harassment and bullying, that women and men should be equal and abuse against women must be stopped,” said Marc Raven Gapan, 15, from San Bartolome High School.

Aaron James Ibarreta, 18, from Fernando Amorsolo Senior High School, painted a picture of a woman breaking out of handcuffs and breaking past a wall. “This painting I designed symbolizes a woman who has freed herself from the shackles of violence,” he said. 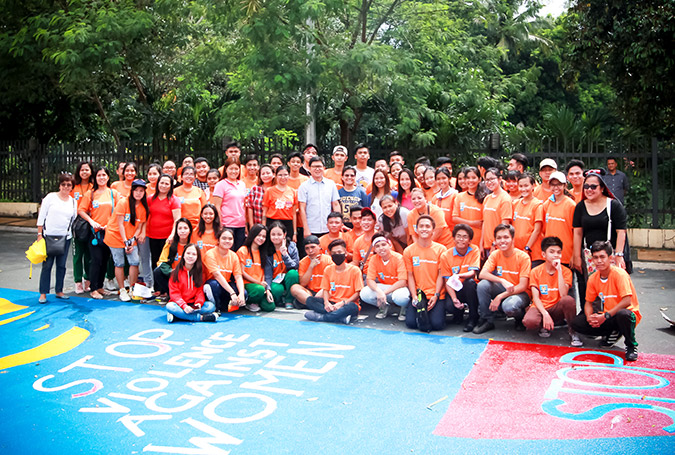 “We encourage youth to get involved in addressing this serious social problem of sexual harassment in public spaces,” said Charisse M. Jordan, National Project Officer of UN Women Safe Cities Metro Manila Programme. “We want to maximize the potential of the positive role of boys in fighting against sexual violence and changing the social norm, especially victim blaming. Through this opportunity, we hope to inspire young boys and girls to promote Safe Cities and put an end to sexual harassment in public spaces.”

Sexual harassment is a serious problem in the Philippines. According to the UN Women Safe Cities Metro Manila Programme baseline study published in 2016, in Quezon City, three in five women have been sexually harassed at least once in their lifetime. Quezon City, part of Metro Manila, is the country’s largest city with over 3 million people and the pilot city of the UN Women programme.

In the Philippines, 59 percent of sexual harassment is committed on the street, major roads and eskinitas (small alleys). Physical forms of sexual harassment happen mostly in public transport vehicles including buses, commuter trains, jeepneys and motorized tricycles. In April 2016, Quezon City enacted the Philippines’ first city ordinance penalizing street harassment. Two students were among those who have reported their cases. The city government made sure the perpetrators were held accountable. 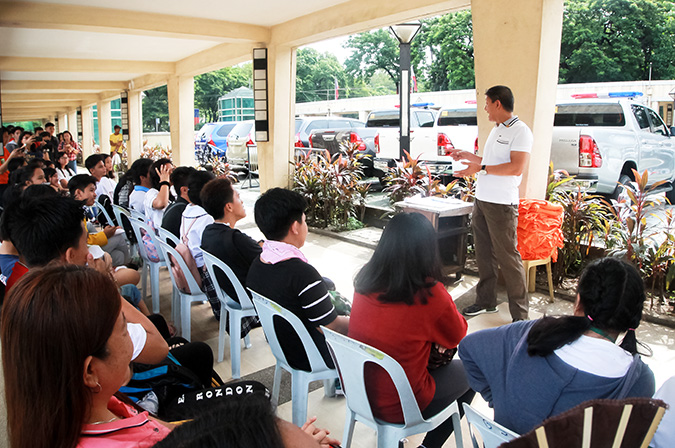 “Sexual harassment in public spaces had long been a neglected problem in the country until Quezon City’s Anti-Catcalling Ordinance finally allowed people to discuss the important issue,” Aldrin Cuña, Quezon City Administrator, said at the 17 June event. “We hope that our existing law and future programmes will become known as good practices among other cities in Metro Manila as well as throughout the country.”