In the words of Maria Mahmood: “I am proud to be the voice of the voiceless”

In Pakistan, less than two per cent of women who experience violence, seek help from the police. Maria Mahmood, Superintendent of Police in Pakistan, and Director of the National Police Academy joined the Pakistani police force as the country's first female commissioned officer 13 years ago and has been working to change police responses to gender-based violence ever since. 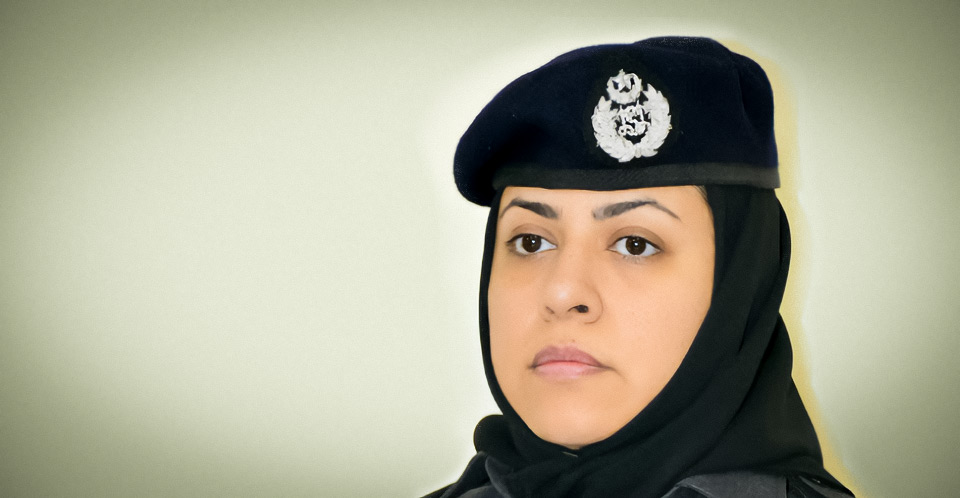 Maria Mahmood has spent the past 13 years improving the Pakistani police force to respond to the needs of women and girls. She is the role model for many women police officers. Photo was taken on 13 March 2021 in Islamabad, Pakistan. Photo: National Police Academy/Muhammad Shafee

The biggest challenge we face is that women do not report cases of violence because of victim-blaming attitudes by police officers. For example, police tell victims of domestic violence that it is a family matter and try to mediate the case. But that’s not their mandate. Police officers are not mediators. They are responsible for listening to the complaint, documenting it, and applying relevant laws.

"The criminal justice system is discriminatory, and also stigmatizes victims of violence and does not provide efficient support for them."

Police work is an extension of our society, and that's why police try to apply societal norms and practices when it comes to gender-related crimes. Even if senior police managers take these crimes seriously, the seriousness and sensitivity do not trickle down to lower-ranking officers - the very people who receive victims at police stations.When I started working as a police officer, I thought the process was simple and just. But I was shocked to see the deep-rooted bias of a patriarchal police force. The criminal justice system is discriminatory, and also stigmatizes victims of violence and does not provide efficient support for them.

It is critical to train all officers of all ranks about the importance of being gender sensitive and empathetic when dealing with a woman survivor of violence. We are running courses for police officers on issues related to gender sensitivity. We see UN Women as a key partner in helping us build the capacity of Pakistani police officers. I am confident that as we continue to reinforce concepts of gender-sensitive policing and gender-responsive justice, we will be able to create a just society that protects the rights of all its citizens, including women and those who are most marginalized.

I always reach out to the community I serve, and to as many women as possible from all strata of life. I am proud to be the voice of the voiceless and hope they can raise their voices one day. I am most proud of my continuous, and persistent, commitment to ending violence against women for the past 13 years."

Since 2017, as part of the UN Joint Global Programme on Essential Services for Women and Girls, UN Women and the UN Office on Drugs and Crime (UNODC), supported by the Government of Australia, have been assisting Mahmood and the Pakistani police force to better address the needs of women and girls who experience violence. In 2020, funded by the U.S. Government, UN Women Pakistan and Individualland developed the Training Manual on Enhancing Attitudes of Police towards Survivors of Violence Against Women, and trained over 500 police personnel in five districts of Pakistan. The training enhances police capacity to deliver survivor-centered services.