Vientiane, Lao People’s Democratic Republic — As their country joins in a global campaign to stop violence against women, Lao journalists are better able to cover the issue at home and promote gender equality thanks to a training supported by UN Women, in collaboration with United Nations Population Fund. 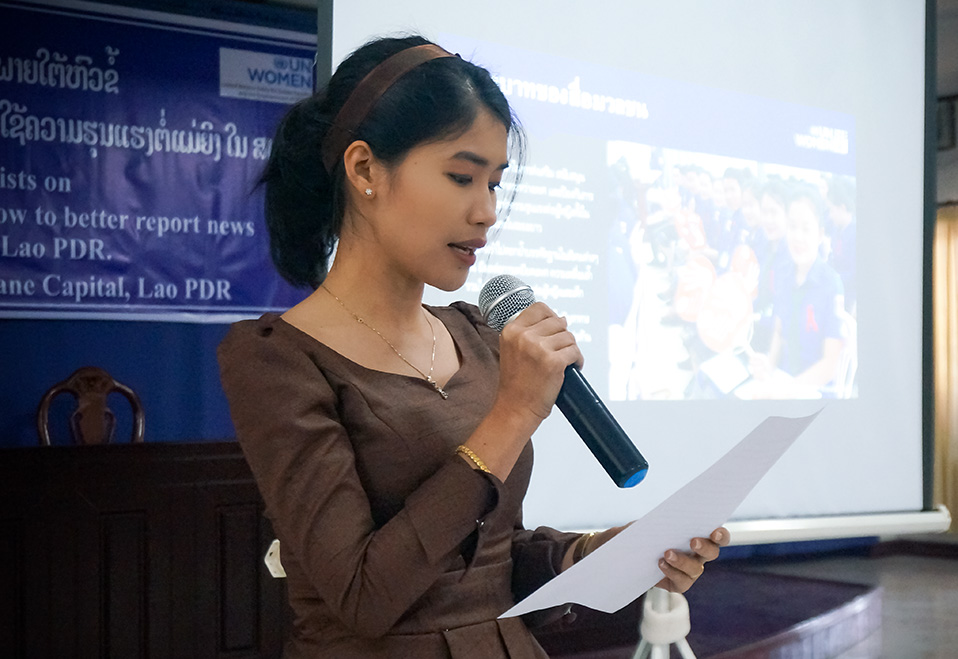 Sounita Phimmasone, a news anchor from Lao National Television, shares what she learned in the journalism training on 14 November. Photo: UN Women/Yerang Kim

Sixteen journalists from 16 media, including prominent ones like Vientiane Times and Lao National Television, learned how they can be more sensitive when producing and reporting news about violence against women, gender-based violence and gender issues. The 13-14 November workshop at the Lao Women’s Union’s training centre also encouraged people to take part in the 16 Days of Activism against Gender-based Violence, an international campaign from 25 November to 10 December.

Montira Narkvichien, Communications Specialist at UN Women’s Regional Office, led the training and focused on the ethics of writing news and on ways to better produce stories on eliminating violence against women. 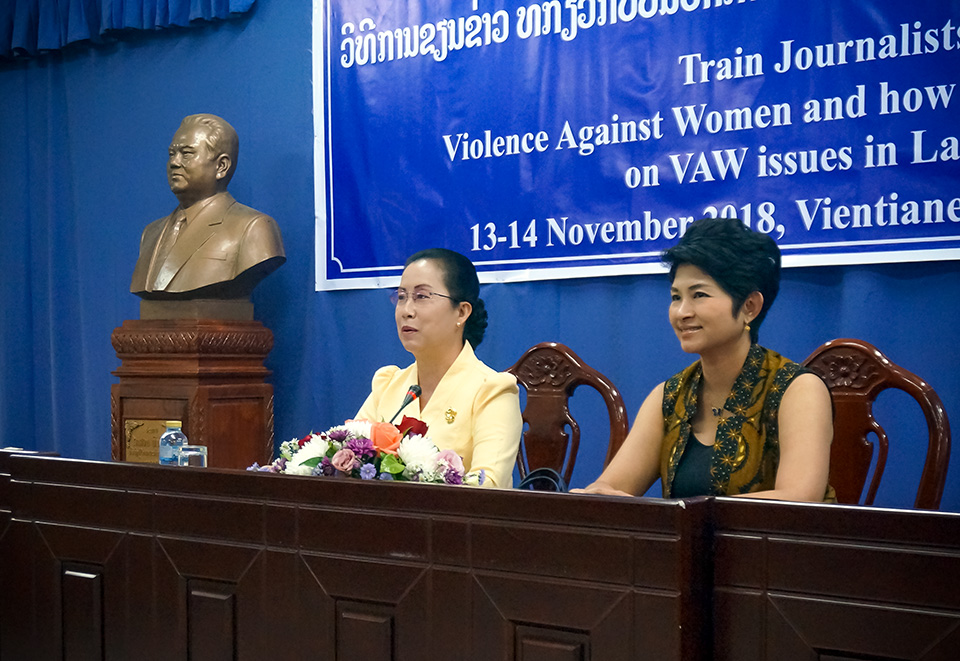 Sisouvanh Vorabouth, National Program Coordinator of UN Women Lao People’s Democratic Republic, did training on how to understand gender relations and the root causes of the violence. A representative of the country office of United Nations Population Fund guided a discussion on the role of the media in providing women with information on referrals, hotlines and counselling services. A Lao Women’s Union representative discussed international and national laws on violence against women.

In the training, the journalists discussed ways to: 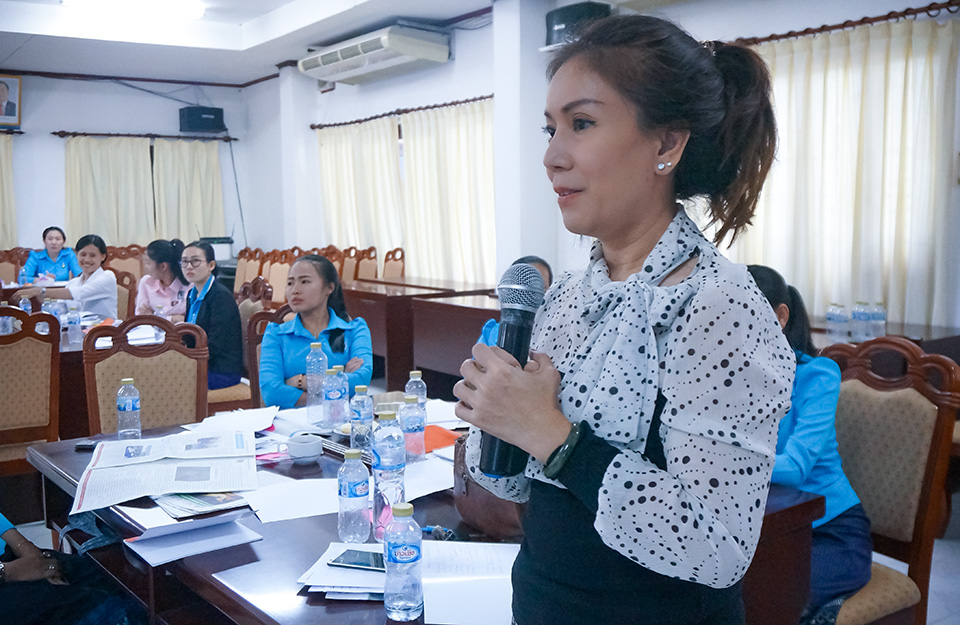 The Lao media do not report many stories on violence against women. Most such stories are done by the media department of Lao Women’s Union.

“The media reporting on this issue of violence against women in line with ethical and professional standards is important on that road to end this world’s worst pandemic,” Montira said.

The journalists in the room agreed that they must raise these standards.

“We talk about promoting gender equality but we don’t know how to produce news that promotes gender equality,” said Sounita Phimmasone, an anchor at Lao National Television.

“I have learned about media ethics for news writing, especially for stories on violence against women,” said Phaymany Thammavongsa, a producer at Lao National Radio. “It is a very sensitive issue, and sometimes journalists use very strong and direct words that even create more violence. I promise I will bring the knowledge that I have gained from this training and apply it when I write news stories.”