The Beijing Declaration and Platform for Action of 1995 (Beijing Platform for Action) is the most visionary agenda for the empowerment of women and girls, everywhere. Developed at the Fourth World Conference on Women in Beijing, China—known as the largest-ever gathering of gender equality advocates—the Beijing Platform for Action was adopted by 189 governments committed to taking strategic, bold action in 12 critical areas of concern: poverty, education and training, health, violence, armed conflict, economy, power and decision-making, institutional mechanisms, human rights, media, environment, and the girl child.

What happens when you bring together more than a hundred bright young professionals from twenty-nine countries across disciplines ranging from design, psychology, international development, to tackle the issue of violence against women over two weeks?

The year 2020 will mark several important milestones for gender equality and sustainable development, including the 25th anniversary of the Beijing Declaration and Platform for Action, one of the most comprehensive blueprints for women’s rights worldwide. UN Women is determined to make sure that young people are in the driving seat of these galvanizing moments and contribute to all stages of the global review process.

The Committee on Ethnic Minority Affairs (CEMA) and UN Women held a consultation workshop in support of Viet Nam’s review of the report on the 25-year implementation of the Beijing Platform for Action and invited ethnic minorities to share their perspective. The Beijing Platform for Action is one of the world’s most comprehensive documents on women’s rights and empowerment. The workshop was funded by Irish Aid Viet Nam.

[Call for submissions] The Beijing+25 Asia-Pacific Youth Blog will be hosted on the UN Women Asia-Pacific website and will accept submissions from young people aged 14 to 30 years from any country in the region. The year 2020 will also mark the five-year review of the Sustainable Development Goals, the 20th anniversary of the adoption of the UN Security Council resolution 1325 on Women, Peace and Security, and the 10th anniversary of the creation of UN Women. To apply, please read the submission guidelines here.

Join us, as Generation Equality, in getting to gender equality through these simple everyday actions. See more 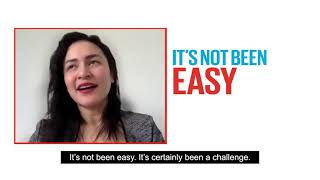 Watch to get inspired and learn how women change-makers across various industries lead their business! 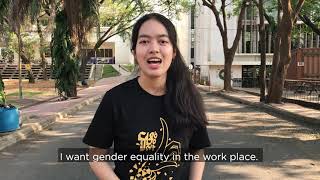 I am Generation Equality - BREAKTHROUGH

BREAKTHROUGH is a movement of young Cambodian women, working to promote gender equality through storytelling and sharing of experiences.