Rural Women Light Up the World 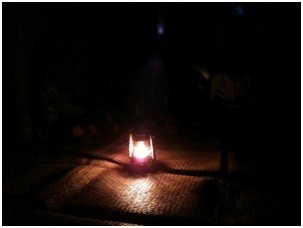 In the weak lighting of a kerosene lamp, a village assembly meeting was held to discuss solar energy.

Vitu Levu, Vanua Levu, Kadavu Levu - Rural women in Fiji have been identified to be trained as solar energy technicians. After six months’ training in the Barefoot College in Rajasthan, India, these women will be able to set up small solar systems in each household in their home village. They will also establish a workshop and provide maintenance and repair of all the units. This way, non-electrified villages in Pacific Island Countries will be equipped with solar energy for light in each house. Since most people also in rural areas use mobile phones, they will henceforth charge their mobiles in their own home.

The women identified are all grandmothers. This is fundamental for the Barefoot College solar energy concept: Grandmothers do not leave their communities, looking for a job elsewhere. After becoming full-fledged solar energy technicians, they can be expected to return home and use the acquired skills in their home village, for the benefit of all community members. 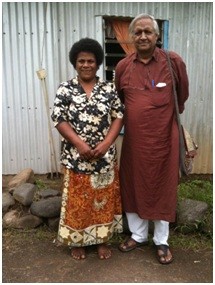 Grandmother and the Director of Barefoot College

At a press conference held in Suva, 23 December 2011, H.E Minister Dr Jiko Luveni welcomed this initiative by UN WOMEN, and expressed the commitment of the Ministry of Social Welfare, Women & Poverty Alleviation to its successful implementation. The training in India is finance by the India Government. The equipment and overall support is provided by the UN WOMEN Pacific Sub-Regional Office. Three hundred small solar energy units and a fully equipped workshop with tools and spares and one bigger solar energy unit, will be delivered after completion of training in September 2012.

The UN WOMEN project is now proceeding, together with the Barefoot College and with the LMMA Network, to identify grandmothers in other Pacific Island Countries for the same training, starting in March 2012.

Related News
28/04/2022
JOINT PRESS RELEASE: Nausori Market Women’s Accommodation Centre: A Safe and Accessible Place For Rural Women Vendors
08/03/2022
UN Women Fiji MCO and Oceania Football Confederation ‘kick-off’ new partnership to progress gender equality and address violence against women and girls.
22/12/2021
Press Release: Ministry Welcomes ICT Boost to Progress Gender Equality in Fiji
30/11/2021
In the words of Sani Daoni: “I struggled with people who had power over me. Still, I was using the power to control people closest to me.”
30/11/2021
In the words of a survivor who now helps other survivors: “After 19 years, I woke up. I stood on my own feet.”
END_OF_DOCUMENT_TOKEN_TO_BE_REPLACED