In Samoa, women marrying outside their home village are referred as “nofotane”. Nofotane women are often denied any voice in decision-making within their homes and communities. With the support of UN Women’s Fund for Gender Equality, the Samoa Victims Support Group raised awareness and advocated for nofotane women’s rights. As a result, a nofotane representative now sits in village council meetings, and men and women alike are changing their attitudes about gender equality. 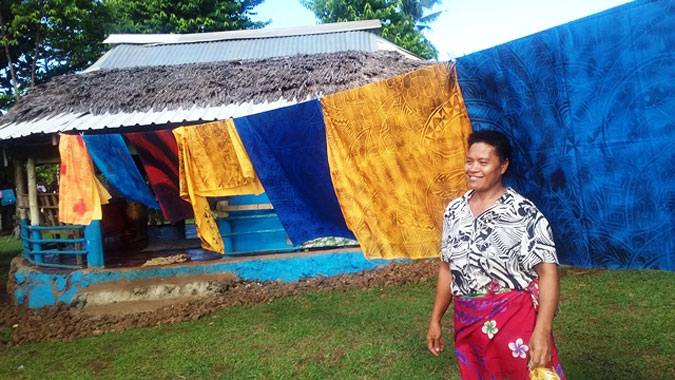 Without Taliilagi Salamō, Samoa Victim Support Group would not exist in her village today. At 72 years of age, Salamō, is one of the eldest nofotane women in the village of Fuailolo’o Mulifanua in rural Upolu in the island nation of Samoa. In Samoa, women who marry outside their home village and live in their husband’s village, are called “nofotane”, which literally means, ‘stay or live with husband.’ Often, they face domestic abuse, and most of the time, they have no say in decisions made within their own homes or communities. 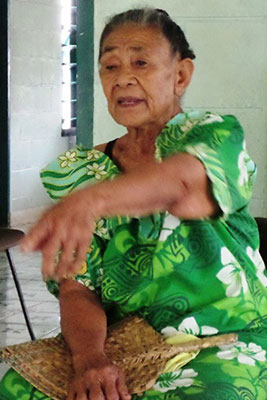 Like many other nofotane women, Salamō had no say in any decisions made at her home or in her community. The suppression of her voice and choices started early, and continued in her marriage, in her relationship with her husband’s extended family, as well as in the village and the church. The nofotane women were not expected to have any agency or influence, and for the longest time, Salamō had accepted this as her fate.

In October 2016, when Samoa Victim Support Group, supported by UN Women’s Fund for Gender Equality, first came to provide advocacy training in the Fuailolo’o Mulifanua village, Salamō was eager to participate. She saw this as the opportunity to reshape the future of nofotane women.

Salamō’s husband is one of the high chiefs of the village, and it took her days and weeks to convince him to support and facilitate the presence of the Samoa Victim Support Group in the village. During the final village council meeting in December 2016, Salamō sat in the sun under her umbrella outside the meeting fale (house), just to make sure that her husband would bring up the issues, as promised. To her amazement, he did, and what’s more, he was supported by other village leaders.

It is difficult to convince men of Samoa to change their deeply engrained beliefs and cultural practices that restrict women. Therefore, the project looked to engage influencers and traditional leaders who can set positive examples for other men. Seualuga Tauasā Malietoa, the High Chief of both Manase and Safotu villages, is a case in point. Until recently, he treated nofotane women like property, and as the High Chief, he set the precedent on how men should treat their wives.

After receiving the training from Samoa Victims Support Group, Seualuga Tauasā realized his treatment of women was wrong and he became an advocate for behavioral change toward nofotane women. 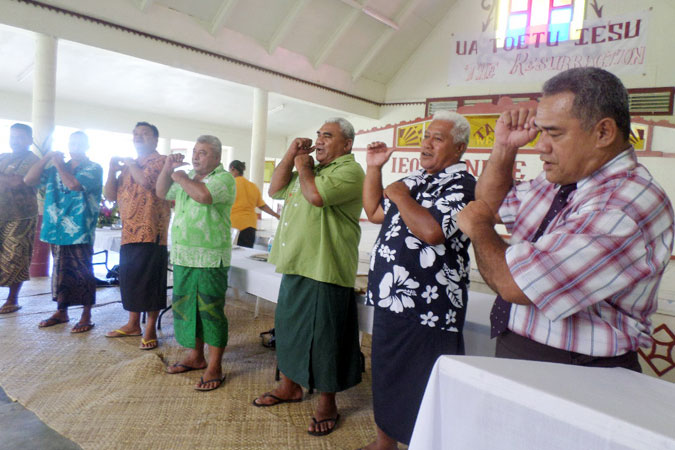 “I am ashamed of how I have been treating nofotane women in my family,” he shared. “A nofotane woman is another family’s treasure, a sister, a daughter.”

“I am a nofotane woman. I am a strong advocate of equality for all women in my village,” says Salamō, adding, “I am the living proof that a nofotane woman’s voice can be heard in the village council. This is a victory for all the nofotane women of Fuailolo’o Mulifanua, and a milestone achievement for Samoa Victim Support Group and the Nofotane Project.”

The tide surely has turned on decision-making in villages like Manase and Safotu, aided by the strong voices of nofotane women like Salamō and the men who support them.

The nine-months advocacy training by Samoa Victim Support Group, from July 2016 to March 2017 trained 536 village representatives across the Samoan islands. Additionally, a multi-media campaign was implemented to raise public awareness about the issue. The campaign also advocated for the employment rights of nofotane domestic workers, in an effort to change attitudes of the Samoan diaspora living abroad.

“We have been delighted by how the communities have embraced the changes in attitudes and behaviours towards nofotane women,” says Mele Maualaivao, UN Women Country Programme Coordinator in Samoa. “Giving nofotane women skills and recognition has in turn been a tremendous catalyst for attitudinal change within families and communities.”