Take five: “Access to certain services has been diminishing as a result of public-private partnerships” 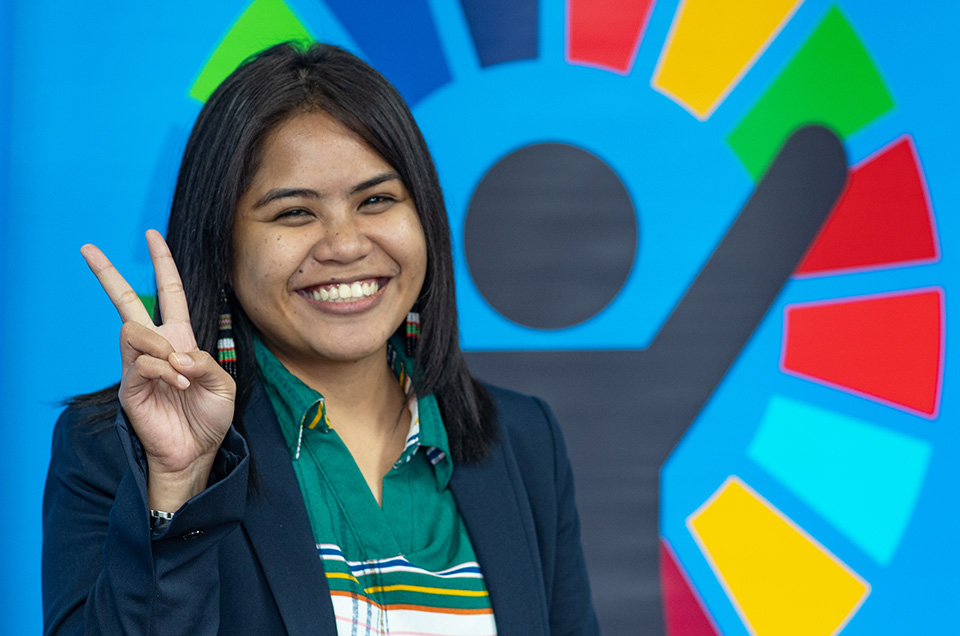 Gerifel Cerillo is the coordinator of Tanggol Bayi, the Association of Women Human Rights Defenders in the Philippines. In February 2019 she attended the Regional Civil Society Strategizing Workshop in Bangkok for the 63rd Session of the Commission on the Status of Women and Beijing + 25 Review. This year’s CSW is focused on social protection systems, access to public services and sustainable infrastructure. Cerillo’s organization works mostly with the urban poor in and around Manila, where infrastructure problems place a particular burden on women.

How does infrastructure impact women’s rights?

Let’s take public transport, for example the commuter trains serving Manila. The majority of commuters are in the informal sector, including many women. At the moment, those women have to wake up at 4 a.m. to make sure the chores are done in time for them to be at the station by 5, because it takes an hour to get a place on a train, and then another two hours to get to work by 8. Then in the evening they have to do it in reverse before taking care of their kids again when they get home. The inefficiency of the transport system hits women harder because of their domestic duties.

Have public-private partnerships helped in addressing this?

This is what the new trains – and thde higher fares – were supposed to help fix. The promise of public-private partnerships is providing efficient and low-cost services, right? But it has actually decreased the access of women to services and made life difficult for them.

The Philippine Government set up a public-private partnership with Chinese and other firms [to refurbish the commuter train network]. Billions have been paid to the contractors, and much of the work has not been done, or done badly. When the rolling stock was delivered by the Chinese firm, the gauge did not fit the tracks! So, it has been put in storage somewhere, after being paid for with taxpayers’ money.

And there is no accountability mechanism. The Senate has said there will be an investigation, but after the first media attention died down there has been very little on this. Nobody knows what is happening now.

Is there any role for public-private partnerships in infrastructure and women’s rights then?

I’m a bit sceptical of the private sector role in this context. The trend of private companies is always to put profit first, ahead of the welfare of women, and of people in general. And I have not seen much shift there. They still do not really take their commitments seriously in terms of empowering women and moving forward with women’s rights. What we have seen on the ground actually is women becoming worse off, in the sense that their access to certain services has been diminishing as a result of public-private partnerships.

If public services must be privatized, then I lean towards greater government control and regulation, or at least some accountability mechanism. Because honestly, from what we have seen of their involvement in the transport sector for example, it has only led to corruption, with no work delivered or any improved efficiency for commuters at all. Only greater cost.

What are you looking to achieve through the CSW 63 preparation process?

My particular bias is urban poor women. I want to see more attention given to their everyday experiences, and to how the policies in the name of economic growth have actually sometimes had adverse impacts on their lives and their access to public services.

At the UN level, there have been debates already regarding the effectiveness of public-private partnerships. But there needs to be more input from the real experiences of urban poor women. And there should be a specific recommendation that explicitly says that certain services – such as education, health and yes, probably mass transport as well – should be carried forward by the Government, at least primarily, and not necessarily by the private sector.

What prompted you to get involved in this area of work, personally?

Already at university I was an activist, a bit progressive and quite critical. As a student, I ate from the street stalls and came to know some of the vendors. One lady was 64 and had been working for more than 30 years. I asked her about retirement, and she replied that in her line of work you do not get time to retire, not even to get sick! That was a bit of a lightbulb moment for me. I thought things cannot go on like this. She deserves some reprieve from all her hard work, as a citizen, as a human, as a woman. I decided then that this was something I wanted to fight for.

Related News
27/04/2022
In the words of Sittie Janine M. Gamao: “To overcome my own fears, I think of myself not as babae lang (just a woman) or bata pa (too young) but as a peace officer doing her work.”
08/04/2022
Women groups relieve conflicts in fragile communities in the Philippines
01/04/2022
UN Women celebrates female sustainability champions National Women’s Month 2022
30/03/2022
fwis Kert Tandog
23/03/2022
UN Women supporting female former combatants in the Philippines as agents of peace
END_OF_DOCUMENT_TOKEN_TO_BE_REPLACED