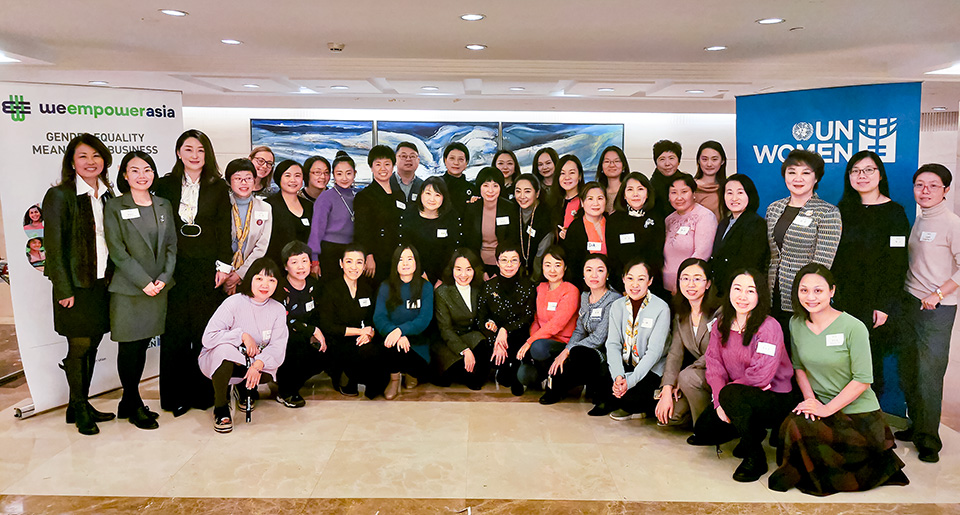 Representatives of 35 leading women-owned startups from various industries gathered in Beijing on 4 December to discuss the challenges of running small- and medium-sized firms as well as ways to collaborate with the programme, WeEmpowerAsia. The programme, which promotes women in private sector businesses around Asia, had launched in China a week earlier.

The discussion provided WeEmpowerAsia with insights on how to tailor its activities in the country, which are to include skills-building and networking opportunities for women.

The participants discussed challenges including the lack of capital and financial access for female entrepreneurs in China; the difficulties of women-led companies, which are perceived as less successful, in recruiting and keeping talent, securing investments and managing employees; the limited opportunities and resources for women’s professional development; and the role of women at work versus at home. They set up a social media group to exchange information, including on business opportunities.

Sun Yafei, Co-Founder of Fifth Avenue Online Luxury Business, said: “Being a female entrepreneur is not easy. We see gender stereotypes and traditional social norms and expectations around women all the time. Gender discrimination is not helpful for our companies or professional development. Forget that we are women entrepreneurs—we are just entrepreneurs. We need to be seen the same way, and try the best as we can.” 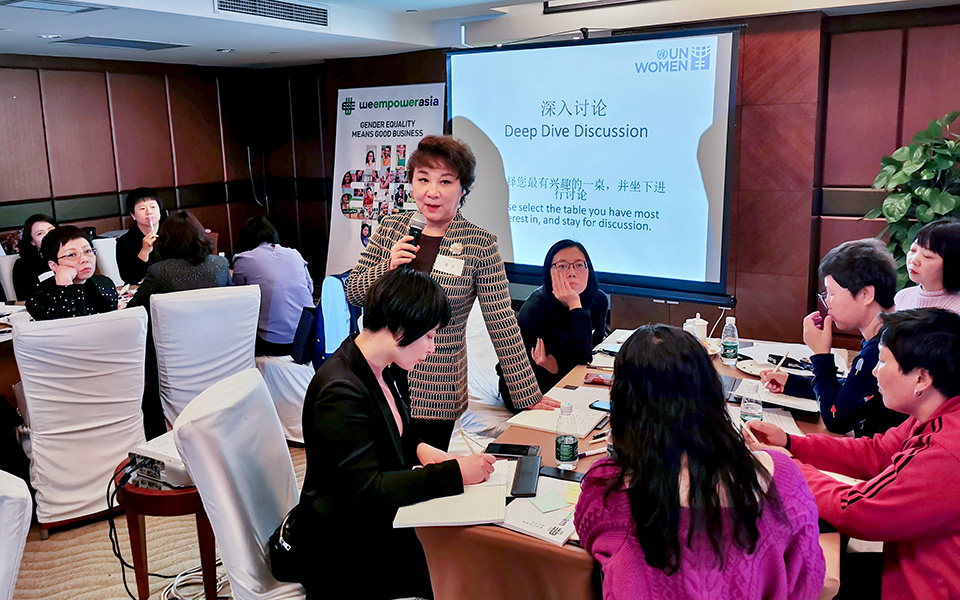 Jiang Linlin, Founder of Zhongzhidezhi Technology Group Co. Ltd., said she hoped that WeEmpowerAsia will train men and boys on the importance of gender equality.

“Men need to be more involved in the family life and share the care work so that women can take up more career opportunities and become economically empowered,” she said. 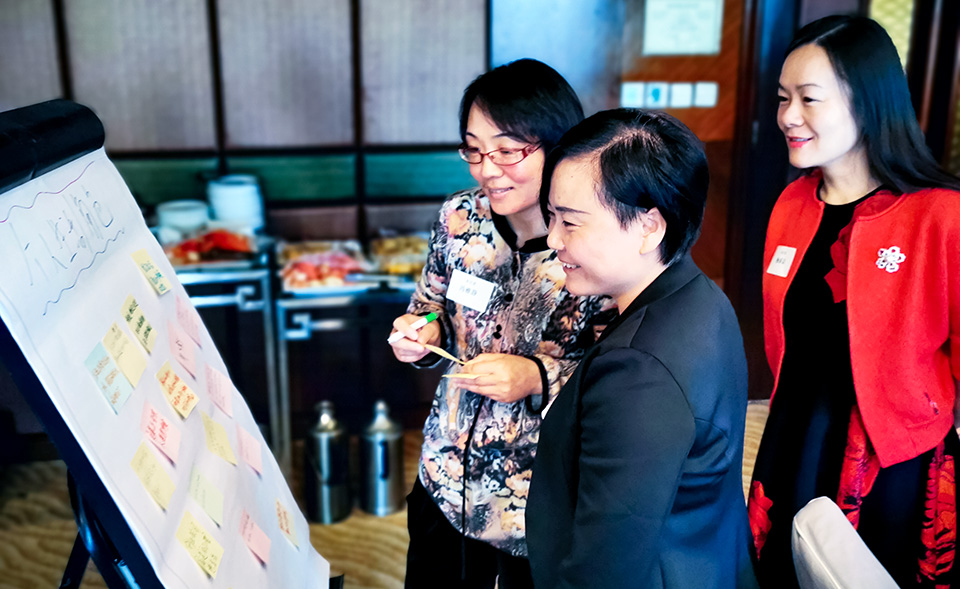 Zhuoma Kangzhu, a Tibetan entrepreneur from Yushu, Qinghai, who is also Tibet’s first female Gamagazhi Tangka artist in 800 years, said it was important to seek support from WeEmpowerAsia in order to promote gender equality in business.

“UN Women’s programme is a great platform to network and to work on improving our communication and leadership skills. Coming from a small, remote place, I am grateful that my voice can be heard,” she said.

But not everyone has benefitted from this transition.

In China, women account for only one-fourth of the total number of entrepreneurs. China’s ratio of female-to-male early stage entrepreneurs is marginally above the global average, but below that of leading nations in Asia and the Pacific. In China, women at make 20 per cent less than men in formal work, and do three times more unpaid care work than men. Female entrepreneurs also receive less funding than men when making the same business pitch to investors, according to Boston Consulting Group.

Next year marks the 25th anniversary of Beijing Declaration and Platform for Action, adopted by 189 governments to remove systematic barriers holding back women in 12 critical areas. Some progress has been made globally and in China to strengthen women’s economic power, but it has been uneven and slow. Allowing women greater and more meaningful involvement in business is key not only to gender equality but also to national economic growth.

WeEmpowerAsia, aims to increase the number of women who lead and participate in private-sector businesses in China, India, Indonesia, Malaysia, the Philippines, Thailand and Viet Nam, thus advancing inclusive and sustainable growth along with more gender-equal trade opportunities with Europe. The programme contributes to seven United Nations Sustainable Development Goals.

Related News
10/05/2022
Joint Efforts on Empowering Women-led SMEs in the Context of COVID-19 Recovery
20/10/2021
Eleven private sector businesses in China awarded by UN Women and the EU for empowering women in business and strengthening leadership
07/10/2021
Three years on: Rural women in Qinghai lead from the front as a climate-resilience program winds down in China
16/09/2021
UN Women, All-China Women’s Federation jointly help businesses hurt by COVID-19
15/09/2021
UN Women China video and exhibition urge people to do their fair share of care and domestic work
END_OF_DOCUMENT_TOKEN_TO_BE_REPLACED