In the words of Fatima Pir Allian: “Community dialogue is an effective tool for enabling those most vulnerable in our communities to find their voice”

Fatima Pir Allian is a young leader and women’s human rights activist from the Bangsamoro – the newly established political entity in southern Philippines[1]. She is the Programme Manager of Nisa Ul Haqq fi Bangsamoro (Women for Justice in the Bangsamoro, a UN Women partner in 2016), an organization that provides a venue for Bangsamoro women to progressively interpret Islamic teachings on gender, women’s rights and peace and development issues. 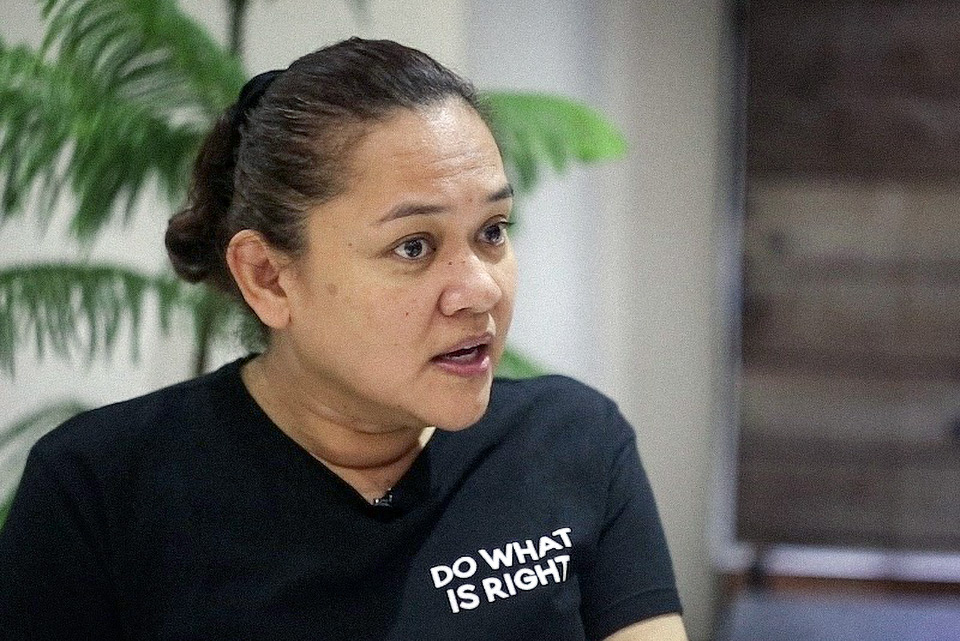 Everywhere in the world, women are seen as the nurturers and carers. They are the ones who take care of the children and other immediate relatives, protect them and heal them when they are hurt. But what if they, too, are hurt? In contexts affected by violent extremism, women are regularly exposed to emotional and physical violence, including sexual violence. Still, they are expected to continue performing their roles as healers and as the foundation of communities while carrying the burden of trauma and suffering.

The structural violence typical of conflict and post-conflict settings puts women’s well-being at risk and has a huge impact on the community as a whole, including on men and children. For example, in the Bangsamoro, we are all still scarred by the memory of the 1974 ‘Burning of Jolo’, a seven-day confrontation between State forces and secessionist groups on the island of Jolo. The massacre left our community deeply devastated. I was only five months’ old when this happened and, throughout my childhood and adolescence, I used to listen to community elders tell stories of the massacre. I still remember how struck I was by the vividness of their tales: the dead bodies lying on the streets; the smell of burning houses; the screams and the hunger; the sobbing and wailing of those who had lost a loved one – a partner, a child, a parent or the whole family. One might think that, almost 50 years on, people would have recovered from this violence. Yet, the trauma lives on to this day.

In the region, extremist violence is still present: terrorist groups kidnap people for ransom, behead and rape their victims. To keep the situation at bay, the Government has turned to militarization and hard security, which have alienated civilians even more and unintentionally pushed some to sympathize with – and sometimes embrace – the terrorist cause.

If we want to eliminate violence and prevent conflict from happening again, it’s important that communities look at their past and learn how to process post-conflict and post-terrorism trauma, including through mental health structures and resources. This includes specifically exploring ways for women to deal with the past, as this is an important step towards collective healing at the community level. At Nisa Ul Haqq Fi Bangsamoro, we invite Bangsamoro women and men over for a cup of 'kahawa', which means coffee in the local language, and we provide a safe space to discuss their history and deal with shared trauma. We also listen to the stories of women who lived through the period of Martial Law in the 1960s and 80s – how they took care of their families and communities while the men were fighting, and the emotional toll that this has taken on them.

Community dialogue is an effective tool for enabling those most vulnerable in our communities, including women, to find their voice, share their stories and acknowledge that our journeys may be more similar than different. Still, healing and overcoming post-conflict trauma is a complex and lengthy process and cannot be achieved only through civil society work on the ground. We need the support of state institutions, which must address pervasive lawlessness in society by ensuring justice and introducing change at the policy level.

[1] The Bangsamoro was established as a political entity/region in February 2019 after years of negotiations between the Philippine Government and secessionist groups, including the Moro Islamic Liberation Front.
Related News
05/07/2022
In the words of Aileen U. Hualde
27/04/2022
In the words of Sittie Janine M. Gamao: “To overcome my own fears, I think of myself not as babae lang (just a woman) or bata pa (too young) but as a peace officer doing her work.”
08/04/2022
Women groups relieve conflicts in fragile communities in the Philippines
30/03/2022
fwis Kert Tandog
23/03/2022
UN Women supporting female former combatants in the Philippines as agents of peace
END_OF_DOCUMENT_TOKEN_TO_BE_REPLACED