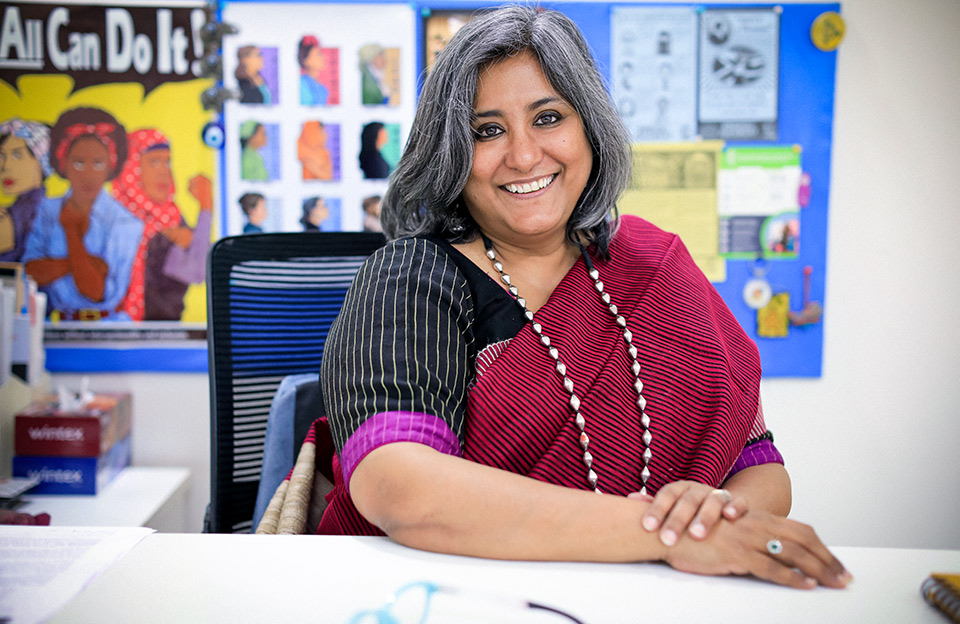 I am Generation Equality because...

“I am determined to work with women and girls to help them raise their voices against discrimination and inequality and build a more gender equitable view for themselves.

When people find their own voices and have the agency to talk about injustice, they become transformed human beings.

Time is now to eliminate violence against women and girls

Violence against women and girls is one of the most pervasive human rights abuses in the world. COVID-19 has intensified the issue and highlighted the urgency of accelerating collective action. The Generation Equality Forum (GEF) provides us with the historic opportunity to take stock of what needs to be done to achieve Sustainable Development Goal (SDG) 5 on gender equality. For us at Breakthrough, this is an opportunity to contribute to collective action when there's global attention on the issue.

We would like to bring the focus on prevention. There is ample evidence now that violence is preventable. Our work on transformative gender norms is an important part of the solutions mosaic on violence against women and girls and one that does not get too much attention.

“Governments need to make a commitment to fund prevention of violence against women and girls.”

We need to change the hearts and minds of people in a way they value girls and women for who they are. Our programmes help build gender aware and equitable views among adolescents and young adults and shift their behaviours and attitudes. We also work with adults. We believe that a collective shift in attitudes and behaviors is very important. We aim to reach about 2 million adolescents with our programmes on gender norm change in the next five years.

We need to focus on resources to create generational change

The Forum is a multi-stakeholder space, and it is intergenerational. There is a very concerted effort to promote the leadership and participation of young people and girls and to bring them to the table. Youth issues are being discussed in a very intersectional way, which doesn't happen too often.

The Forum is also focusing on resources. If we are to create generational change in our fight against violence against women and girls, we need resources. Donors, governments and multilateral organizations should direct investment to evidence-based programmes and policies for the prevention of violence against women and girls. There needs to be long-term and flexible funding for deep-rooted change to take place.

Violence against women and girls costs governments billions of dollars in healthcare and legal costs. It will be a huge progress to save that cost and redirect it to other development needs. We also need to strategically engage with policymakers and governments to build their capacities to address social norm change around issues like patriarchy and gender equality.

Sohini Bhattacharya is the President and CEO of Breakthrough, a global human rights organization working to change deep-rooted cultural norms that perpetuate gender-based discrimination and violence. Breakthrough is one of the leaders of the Generation Equality Forum Action Coalition on gender-based violence, which aims to change gendered power relations and social norms. Bhattacharya’s action priority is maintaining long-term and substantive investment in prevention of gender-based violence, which includes changing social norms on gender.