Violence against women in India is persistent and increasing, with many studies finding that India rates among the worst places in the world to be a woman. Violence against women is particularly acute where people are already marginalized. Tribal women from ethnic minorities are at heightened risk because of the marginalized position of tribal communities in the social hierarchy, customary laws supporting violence against women, extreme poverty, illiteracy, protracted conflicts and a poor response and justice infrastructure. Although India is committed to safeguarding women, enforcement of legal protection is weak. A social transformation is needed that empowers tribal women to actively resist violence and, at the same time, changes attitudes condoning violence against women within tribal society and among community leaders and law enforcement officials. 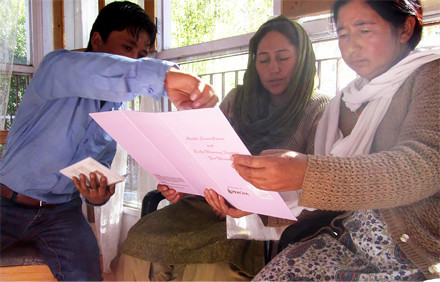 The pilot project will work in 10 districts across five states on attitudinal change to address violence against women at the structural level by addressing deep-rooted gender norms in tribal societies and by seeking to empower tribal women. It will aim to create more gender-responsive support structures in the target areas, focusing on state/institutional structures such as Panchayats (village councils) as well as working with local civil society organizations to enhance protection and response. Specific interventions include awareness-raising campaigns, capacity development to empower tribal women leaders and training and sensitization of tribal leaders.