Ahead of International Widows Day, we shine a spotlight on efforts to help female-headed households overcome challenges in post-earthquake Nepal. 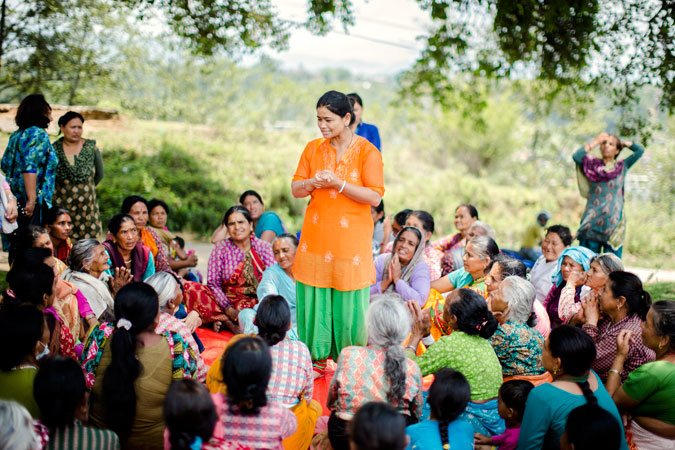 Mina Shrestha, 30, was visiting her parents some 90 kilometres from the Nepali capital of Kathmandu on 25 April 2015. She hadn’t seen them in a few months, so she left her two sons with her husband at home in Dharmasthali, a small town on the outskirts of Kathmandu.

When the earthquake struck, she immediately tried to contact her husband but the phones were jammed. Unable to reach her family, she tried to leave early the next morning, but the roads were blocked. It took her two days to get out.

“What I saw along the highway to Kathmandu was destruction,” Ms. Shrestha recalls. But what was waiting for her at home in Dharmasthali was even more devastating. Her husband had been killed in the earthquake and by the time she reached home, his last rites had already been performed. 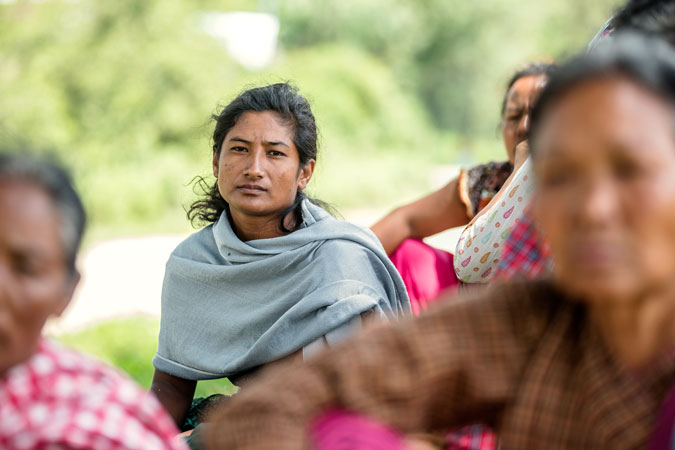 Mina Shrestha, a 30-year-old mother widowed during the earthquake in April, is one of the many women receiving much-needed assistance in Dharmasthali. Photo: UN Women/Samir Jung Thapa.

“In a matter of minutes my two boys were orphaned, my life was destroyed, and I am now a widow,” laments Ms. Shrestha.

Two months after the 25 April 7.8-magnitude earthquake, 12 May 7.3-magnitude aftershock and subsequent smaller aftershocks, the Government of Nepal puts the number of dead at more than 8,800. Ms. Shrestha has been living under a tarpaulin tent with her sons and doesn’t have enough money to build a structure to keep her family safe during the monsoons, which began last week. The rains are expected to bring floods and landslides in areas already hard-hit by the earthquake.

Ms. Shrestha never went to school, got married at 14, and never had a job.  Female-headed households such as Ms. Shrestha’s make up 25.7 per cent of all households in Nepal, according to Nepal’s 2011 census, and over 67 per cent of the country’s single women are between the ages of 20 and 35. 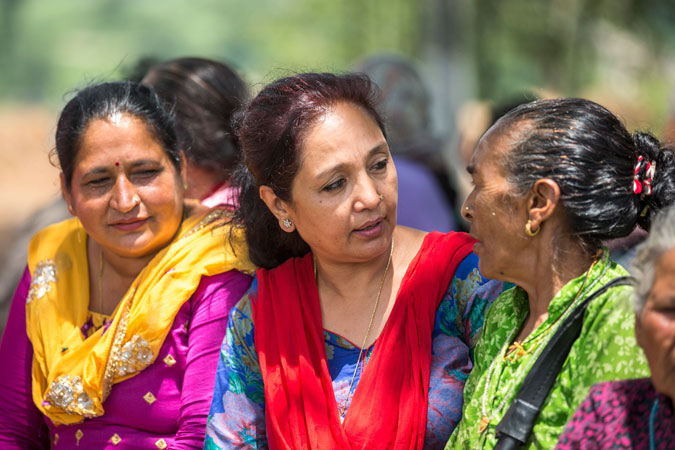 “Of this young population of single Nepali women, only 11 per cent are literate, compared to the national average of 57 per cent,” says Lily Thapa, founder of UN Women’s local long-term partner Women for Human Rights (WHR), a Nepali organization that advocates for the social, cultural, political and economic rights of single women.

A widow herself, Ms. Thapa explains that the lack of legal rights intensifies their challenges. She and WHR have been fighting for single women’s rights to legal control, property and land since the organization was created 20 years ago.

Rama Shahi, 46, is also from Dharmasthali. She lost her husband last year and has been single-handedly taking care of her two children while fighting a long legal battle with her husband’s family for her right to property. The rented house she lived in has cracks and needs to be demolished. “As a woman and a widow, I have been denied legal rights to land or property that belonged to my husband,” says Ms. Shahi. 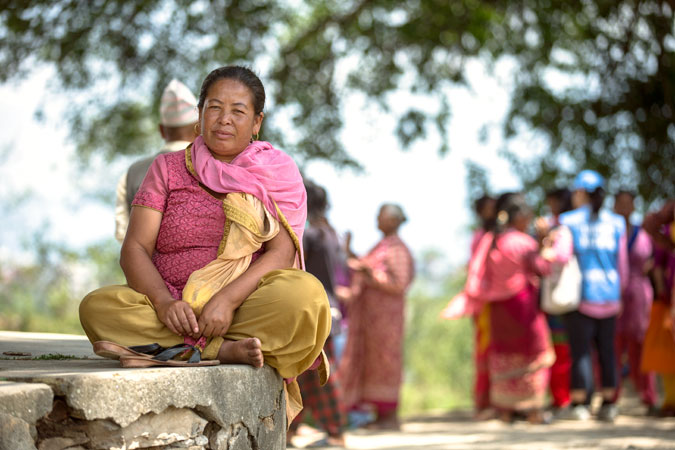 Many widows in Nepal face protracted legal battles for property after their husbands die, as did Rama Shahi, 46. Photo: UN Women/Samir Jung Thapa.

According Nepal’s 2011 census, only 19.17 per cent of Nepali women actually own property or the house they live in. Yet, a high number of female-headed households lost their homes to the earthquake.

A new Post-Disaster Needs Assessment by the Government of Nepal and international organizations including UN Women, to be published on 25 June, advocates for these households in particular, examining their situation and estimating their earthquake-related damages.

“Single-women-headed households are the last ones to have their rubble cleared because there is no one to help them. Additionally, one of the biggest discriminations single women are facing is during relief distribution,” adds Ms. Thapa. “Because many single women still live in joint families, they usually are not the ones to get food and other kinds of relief as male members take them.” 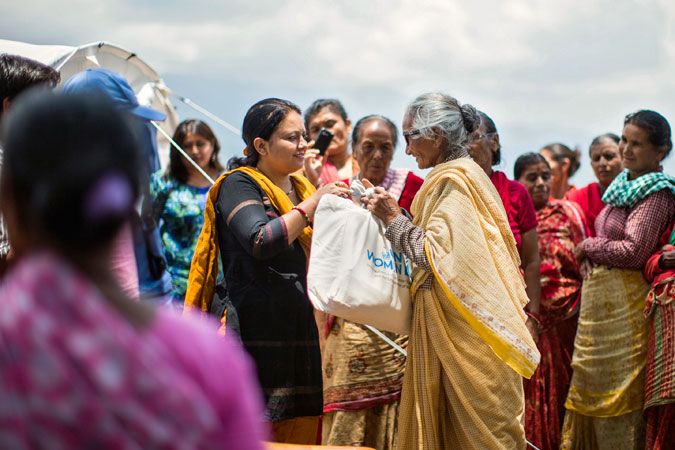 As part of its role in the humanitarian response, UN Women and WHR opened a multipurpose centre in Dharmasthali. Provisionally located in a tent, the centre provides essential services including psychosocial trauma counselling, information about relief supplies and dignity kit distribution.

This centre is one of 14 being set up as hubs by three local partner NGOs in five districts in close coordination with UN Women and the Department of Women and Children, to also provide gender-based violence referrals, serve as a base for safety audits and to facilitate recovery activities.

Ms. Shrestha is anxious about the future and wants to start rebuilding her house and her life. She is thinking long-term and wants to learn a skill so that she has better prospects of getting a job, or starting a small business on her own.

“With my husband gone, all I can focus on is the future of my children—I want to send them to good schools so their future is better than mine,” she says, “For that, I am ready to learn any skill, work hard and do what it takes.”