Every year we commemorate the International Day of United Nations (UN) Peacekeepers on 29 May, paying tribute to those who served in UN peacekeeping operations and honoring those who lost their lives in the cause of global peace. This day - along with 5 June observed as Pakistan’s Peacekeepers Day in honour of 24 brave Pakistani soldiers who sacrificed their lives while ensuring safety of the people of Somalia in 1993 - re-iterates Pakistan’s commitment with the UN for promoting international peace, security and prosperity. 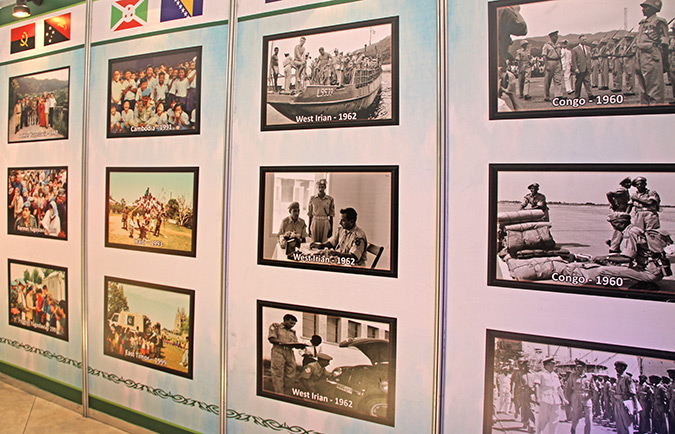 The pictures on display, at a seminar and photo exhibition commemorating Pakistan’s Peacekeepers Day in Islamabad on 6 June 2016 are a testament to Pakistan’s unwavering commitment and contribution to peacekeeping measures, during war and peace. 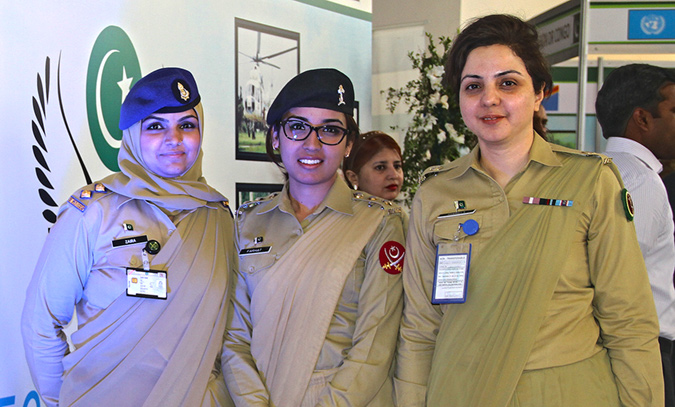 This long and rich history has been acknowledged by the UN Secretary General Ban Ki Moon on a visit to Pakistan in 2013 where he inaugurated the Center for International Peace and Stability (CIPS) and more recently when Ban Ki-moon attended an event honoring ‘Pakistan Peacekeepers Day’, hosted by Ambassador Dr. Maleeha Lodhi, UN’s Permanent Representative of Pakistan, at the UN Headquarters in New York earlier this month. During the event, Never Forget Pakistan (NFP) a local organization), in collaboration with the Pakistan Mission launched a first-ever tribute website dedicated to Pakistani UN Peacekeepers.

Pakistani women and men peacekeepers have been actively participating in multi-national efforts to maintain peace and order around the globe since 1960. Today, Pakistan’s position continues to be acknowledged as of one of the largest troop contributing countries in the world with 41 UN missions in 23 States and engagement of more than 160,000 Pakistani personnel, according to the Inter-Services Public Relations (ISPR). Also, Deputy Superintendent Shahzadi Gulfam from Pakistan received the first-ever UN International Female Police Peacekeeper Award in 2011 for her outstanding performance and 7 Pakistani peacekeepers have been honored with UN posthumous awards during 2014-2015. 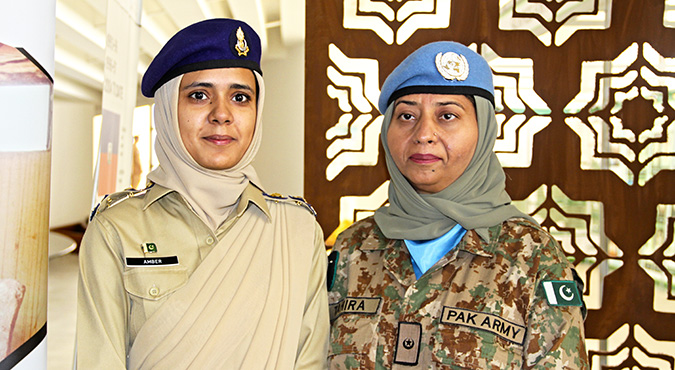 Pakistan’s female service personnel on the front lines of international peacekeeping, despite a low contribution, are serving as police officers, doctors and nurses. Their presence creates an environment conducive to the rehabilitation of humanity and can positively impact the confidence of the local population, specifically women and girls. 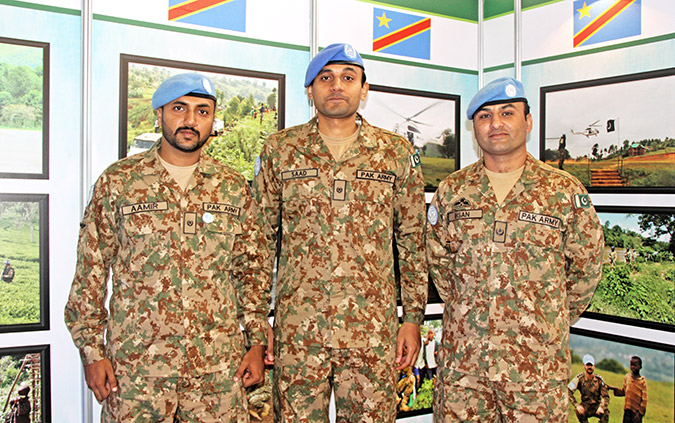 Women and men experience conflict differently and therefore understand peace differently. Recognizing and integrating these differences - known as gender perspectives - into all aspects of UN peace operations, is essential for the success of the UN’s peacekeeping efforts. Towards this, UN Women (the United Nations Entity for Gender Equality and the Empowerment of Women) and CIPS have been training Pakistani UN peacekeepers, pre-deployment, since 2010 to boost preparedness and ensure gender responsive UN peacekeeping operations. Gender-sensitive ‘policing’ within the work of Pakistan’s UN peacekeepers is an operational necessity to professionally address the security needs of women, men, girls and boys. UN Women’s technically delivered training modules enable peacekeepers to better understand and respond to sexual violence in conflict and post-conflict settings, and calls for sensitivity when dealing with men and women in war-torn societies. The modules are based on actual scenarios (case studies) so Pakistan’s peacekeepers can understand how to respond to situations of human rights abuse and sexual violence, and put forward practical solutions to early warning, planning for peace, and sustainable gender-sensitive rebuilding after crises and conflict.

UN Women will continue to support and work with CIPS to further strengthen Pakistan’s determination to be a force for peace and ensure that gender issues are at the core of Pakistan’s peacekeeping missions.

Related News
11/01/2012
UN Women forms Expert Group on Women & Peace in South Asia
25/07/2022
Take Five: “It is our responsibility as the generation for future, as the generation for today, to hold people in power accountable.”
24/05/2022
Inspiring Voices from Pakistan
10/05/2022
In an Indonesian province, the people devise a gender-responsive action plan for peace
27/04/2022
In the words of Sittie Janine M. Gamao: “To overcome my own fears, I think of myself not as babae lang (just a woman) or bata pa (too young) but as a peace officer doing her work.”
END_OF_DOCUMENT_TOKEN_TO_BE_REPLACED