Yangon, Myanmar — UN Women Myanmar with support from the Royal Norwegian Embassy in Yangon is implementing the second phase of the project, ‘Centering Women and their Priorities in the Peace Process: Implementing the UNSCR 1325 and Related Resolutions’. Initiated in 2017, the programme will continue into 2020 with the aim of ensuring the implementation of the national commitments and accountability frameworks on the Women, Peace and Development Plans (WPDP) in south-eastern Myanmar. 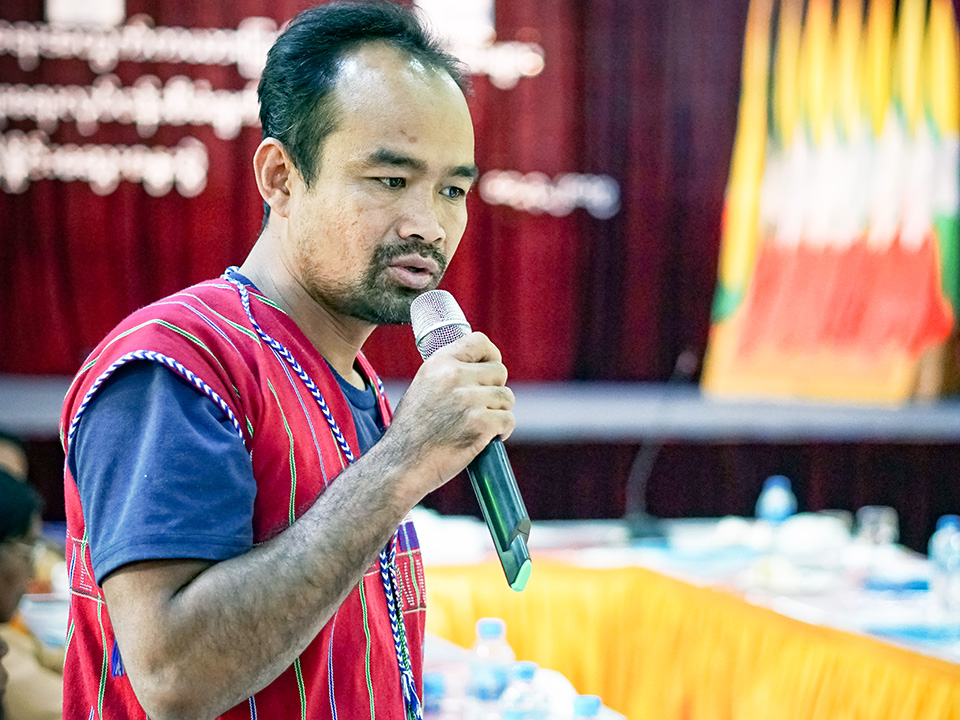 As part of the second phase of the programme, a workshop was held by the Kayah State Government to discuss priority areas to advance the implementation of the women, peace and security (WPS) agenda in Myanmar’s south eastern Kayah state. Members of parliament, key stakeholders and representatives from civil society organisations joined the workshop held on 11 March at Kayah State Town Hall to develop an action plan that highlighted the important role of women in creating lasting peace for Myanmar.

“Women must participate in peace talks and in decision-making processes,” said Ku Thae Re, a member of the Kayah State Parliament said. “If we achieve this, I believe these processes will be more effective.”

The partnership between the government of Norway and UN Women provides technical support to the State Government, parliaments and civil society to develop Women, Peace and Security and Development Plans (WPSDP) that cover four key pillars of women’s participation, protection and peacebuilding:

As part of the first phase of the programme, UN Women has worked in Myanmar to support the inclusion of women in peace building, by hosting discussions to enable community input. Prior to the incorporation of the WPS agenda into Myanmar’s National Strategic Plan for the Advancement of Women, UN Women Myanmar held community consultations to better understand the perspectives of women and other stakeholders. At the end of 2018, more than 2,000 people participated and six consultation workshops and 24 state, township and community level consultations in Mon State were held. By tapping into voices at a grassroots level, UN Women Myanmar heard first-hand about the challenges being faced and the ways in which armed conflict affects men and women differently.

At the consultations, U Htike Htike Htwe, a junior clerk in the General Administrative Department described “social norms that see women relegated to a lower status than men, so many women do not dare speak or make decisions”. He said, “society needs more women’s participation.”

The input from women and other community members informed the design of the second phase of the project and determined the action points on mainstreaming gender across critical areas including education, health, economic empowerment, political leadership, management of natural resources, land ownership and security and violence prevention.

“In both peace processes and development programmes, the involvement of women in leadership positions and decision-making roles should be mandatory,” said Mu Gloria the General Secretary of Kayan Women’s Organisation at the consulations.

Addressing gender issues in peace policies enhances local ownership, effective service delivery and accountability. Women can play a critical role in understanding the security needs and the concerns of the community, acting as crucial bridges between the community and security policy makers.

With the support of the Norwegian government, UN Women Myanmar will continue towards advancing women and girl’s rights within the framework of UNSCR 1325, the Convention on the Elimination of Discrimination Against Women (CEDAW), and the Sustainable Development Goals.

While there is still a lot of work to be done, the inclusion of community members and collective action is driving the agenda forward.

Related News
20/06/2022
A coffee house as a beacon of hope
09/03/2021
STATEMENT on International Women’s Day 2021
11/02/2021
UN Women calls upon all stakeholders to listen to the voices of women in Myanmar in response to political events
10/12/2020
From where I stand: “If more ethnic groups were invited to the high-level discussions, we would be able point out what the situation looks like for us, including the specific challenges women are facing”
30/10/2020
From where I stand: “I will never stop advocating for women’s rights and security. Because if women don’t feel secure, how can Myanmar be secure?”
END_OF_DOCUMENT_TOKEN_TO_BE_REPLACED