Take Five: “It’s time for the Philippines to say, ‘MeToo!’” 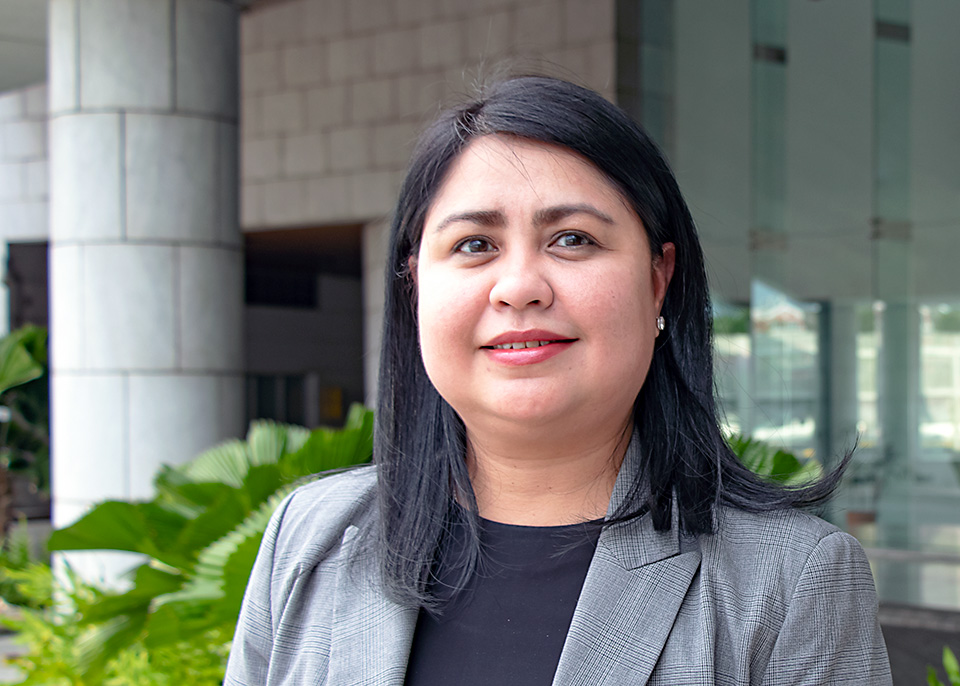 Maica Teves, Executive Director of SPARK! Philippines, was primarily focused on women’s economic empowerment until she teamed up with other organizations to create a Filipino version of the #MeToo campaign to address gender-based violence. Through collaboration with SPARK!, UN Women, Empower, and the Embassy of Sweden in Manila, the #RespetoNaman (Respect Me) campaign was born. Continuing the work of important local movements such as #BabaeAko (I am woman), the #RespetoNaman campaign ignited discussions surrounding challenging dangerous gender stereotypes and ending violence against women. With the #RespetoNaman movement gaining traction, SPARK!, UN Women, Empower, Office of the Vice President Maria Leanor “Leni” Robredo of the Philippines, and the Embassy of Sweden in Manila, teamed up with the #DontTellMeHowToDress campaign, which began in Thailand to dispel myths by displaying the clothing, ranging from sweat pants to a toddler’s playsuit, that women and girls were wearing when they were sexually assaulted. With the support of UN Women, the exhibition was launched in the Philippines during the 16 Days Activism against Gender-Based Violence from 25 November - 10 December 2018. It has since garnered support from different stakeholders and sponsors as it toured across the Philippines including within UN premises in the Philippines with the clothing on display donated by Filipino women who have experienced gender-based violence. The groups behind the RespetoNaman campaign were proud to amplify the voices of the survivors by working closely with Empower, a survivor-led group, and partner communities of UN Women Safe Cities Metro Manila programme, as well as ensuring that all survivors that contributed to the exhibition received support. UN Women caught up with Teves to hear more about the success of the exhibition.

SPARK! started the #RespetoNaman campaign as a local response to the #MeToo movement. We saw that gender-based issues, especially violence, greatly affect every woman in our society. Honestly, we only thought that we would be doing a simple one-day forum, yet as this project was further developed, it was brought to light for us that these things are happening all around the country, and from this alone, we knew we had to do more.

As we went through the planning process and development of the project, it became apparent that the issue of gender-based violence is much bigger than we initially realized. Sure, we have statistics that say one in three women will have experienced some form of sexual violence in their lifetime, but these statistics are limited because they are based on reported cases of abuse. There is a significant number of women who choose not report incidents where they were violated or harassed because of the stigma that surrounds victimhood. Not only that, but the trauma of their experience leaves long-term psychological and emotional damage that, if not attended to, may significantly affect the trajectory of their lives.

Thus, the one-day forum bloomed into a full-blown campaign, which has grown into a movement of its own since we launched it last November 2018.

How did you get involved with Cindy Bishops #DontTellMeHowToDress campaign?

Cindy Bishop’s campaign has made a huge impact in Thailand and all over the world. When we were thinking of ways to get the #RespetoNaman message across, we realized that powerful imagery and narratives need to be brought into the public sphere. We contacted her and, after a series of emails and video calls, she came to the Philippines to launch the exhibit and the campaign with us.

What have been the highlights of touring the exhibition? Have you been surprised by the response?

The most meaningful part is getting to show the exhibit to different audiences all over the Philippines. We often take time to observe the people that visit the exhibit. It is always interesting to see their reactions once they realize why the clothes are there and what stories they tell.

A story was shared to me that a young boy, upon viewing the exhibit with his mom, immediately asked her, “Will you be okay? Will “ate” (older sister) be okay?” I think that was one of the most powerful reactions we’ve ever gotten. It gives us hope that the youth can change the status quo, that maybe we can end violence in the future.

How has working on this campaign shaped your thinking surrounding ending violence against women?

Working on this campaign has not been easy. It can be emotionally, mentally, and physically exhausting. But through it all, looking at the clothes always brings me back to why we do it. The narratives never lose their impact in the many times I’ve seen it, and hopefully it does the same to everyone who gets to see it. The work we’ve been doing has inspired me to continuously fight for ending gender-based violence. Changing the world’s view on sexual abuse might start with a little boy asking questions.

Where is the exhibition heading next and what are your hopes for its future?

SPARK! wants women to know that they are not alone. Together, we will fight for our rights and respect. Now, more than ever, is the time to shift the narrative, end victim-blaming, and call for respect for women, not because of what they wear or how they act, but by virtue of their being human. It’s time for the Philippines to say, “MeToo!” Today, we must tend to the fire of the movement we started. As a nation, we’re saying, “RespetoNaman”.

The #RespetoNaman movement and the #DontTellMeHowToDress exhibition were part of the UNiTE campaign in the Philippines. Say NO – UNiTE to End Violence against Women is a social mobilization platform that showcases the important work of individuals and organizations that advocate to end violence against women.

Related News
08/04/2022
Women groups relieve conflicts in fragile communities in the Philippines
22/12/2021
In the words of Nurrunihar Mohammad: "Women's leadership … is beginning to be recognized"
22/12/2021
In the words of Police Lieutenant Colonel Melbeth Mondaya: “Protection and education for girls is especially important because they are the key to women’s empowerment.”
13/07/2021
I am Generation Equality: Louise Mabulo, Philippine chef, farmer and activist
18/03/2021
I am Generation Equality: Lauralyn, Filipino advocate for preventing violence against women and girls
END_OF_DOCUMENT_TOKEN_TO_BE_REPLACED