Choosing to Change the Narrative, 44 Youth Make Use of Digital Tools to Counter Hate Speech and Promote Social Cohesion 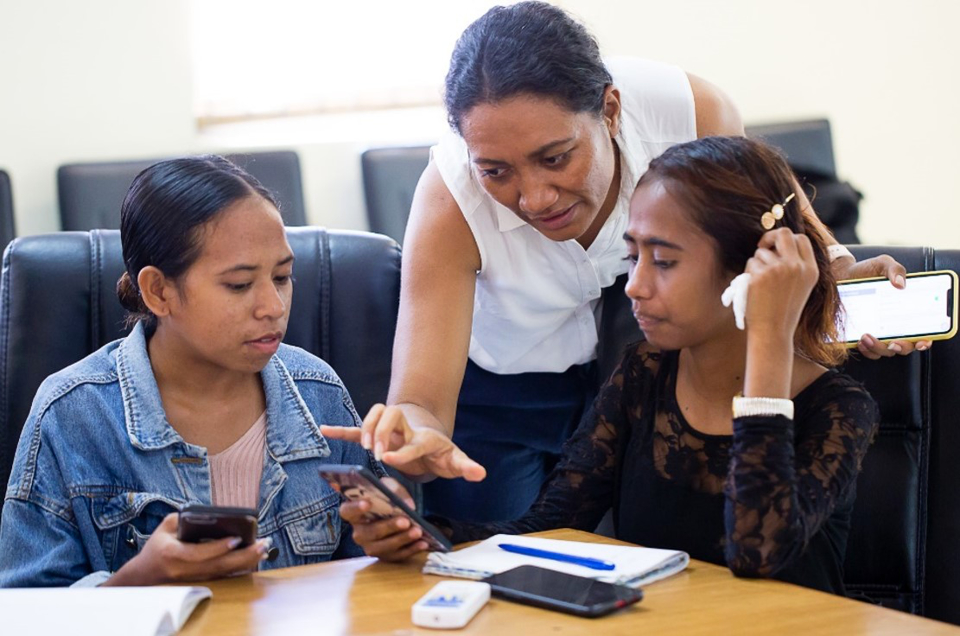 As more individuals and young people are using digital spaces, the widespread issue of online hate speech and the tension of social cohesion amid the COVID-19 pandemic is gaining greater visibility. Building on 20 years of experience in the area of Women, Peace and Security (WPS), UN Women with generous funds from the Government of Australia engaged 44 young active social media users (33 women, 11 men) to develop capacities and advocate on digital literacy to counter hate speech and promote social cohesion in the context of COVID-19 in Timor-Leste. The partnership with youth aged 18 – 26 representing diverse backgrounds and identities aims to ensure a gender-sensitive approach in the promotion of social cohesion and countering gender stereotypes. It is part of UN Women’s wider efforts in empowering youth to engage positively online and prevent violent extremism in their communities.

Youth play a critical role for this social change, and their voice matters, “youth are the leaders for the future development. We have to advocate against negative content online. When someone is insulted or harassed on social media, this could cause depression and affect people’s mental health. As a consequence, they lose self-confidence to socialize and end up being self-isolated,” said 24-year-old Armandina Da Silva from Rotaract Club of Dili. Taking further action, Armandina suggested to avoid the growing culture of sharing negative content and to not engage with negative posts to reduce online arguments. She has also learned from the training on the importance of fact checking when consuming information online.

From the post survey conducted by 2020 by Mythos Lab, all the participants’ gained knowledge on misinformation, fake news, fact checking, social cohesion and content creation after the 16 hours training conducted from October to December. The 44 participants were able to identify, protect and report against online hate speech and misinformation as well as create and upload positive-themed videos and posters on their social media channels. This also support linkages with other relevant campaigns and social media influencers in Timor-Leste to promote social cohesion and gender equality. The participants also committed to continue their advocacy, and are also willing to share the lessons to others to take collective action. 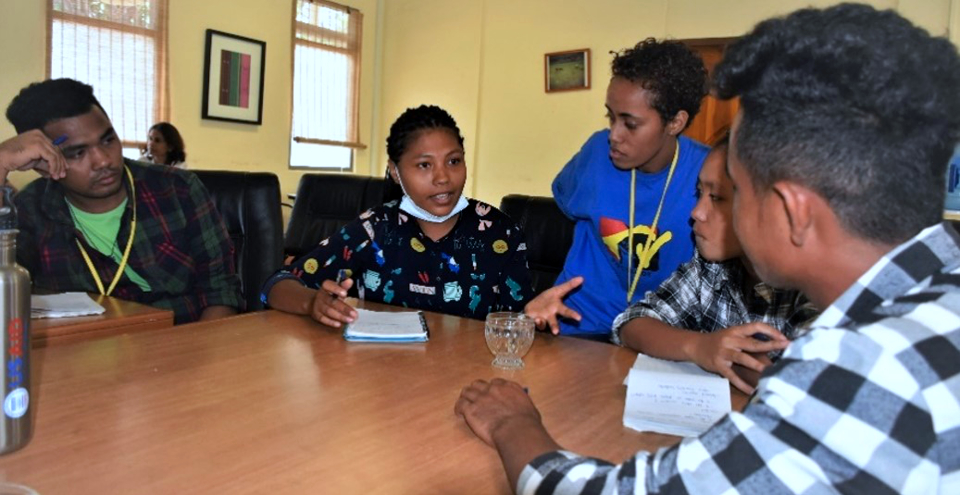 Participants brainstorming the idea to revise videos and posters they produced to be shared for campaign and advocacy. Photo: UN Women/Helio Miguel

“I’ll continue the social media campaign as a platform to raise awareness. Then share the lessons learned and findings starting with my close friends. When people are starting to be aware of their time being wasted for creating and sharing negative contents, which only harms others and themselves, they will slowly stop. It is true that changing the behavior of others is a challenge, just keep campaigning until they understand this issue,” stated Armandina.

Believing that she can bring change, 18-year-old Andreia Leite Galucho from the Girls Alliance is also eager to use her voice to act against hate speech, misinformation or negative content online, “I would report the page that shares negative contents. Now I’m aware that it is an issue when people engage with media content that is negative, it is critical to factcheck and make use our time using social media. There is a need to share the importance of avoiding any engagement with those destructive contents, because in our community there is a growing tendency of misusing social media, even knowing that people have different perceptions.”

COVID-19 has exacerbated gender inequalities and, in some cases, social tensions. Both online and offline, hate speech, misinformation (“fake news”), discrimination and stigma are rampant as people experience fear and uncertainty alongside the virus’s spread. Groups who might use violence to assert their power in communities can take advantage during the spread of COVID-19 to promote harmful messages. Without realizing it, they become a driver of conflict, with devastating impacts on women and girls. Speaking in the context of Timor-Leste, the 44 participants shared examples of negative online content gaining visibility and noted that many young people are losing their productive time when interacting on social media.

Related News
25/07/2022
Take Five: “It is our responsibility as the generation for future, as the generation for today, to hold people in power accountable.”
20/06/2022
A coffee house as a beacon of hope
28/03/2022
National Colloquium on Learnings from the Women Peace Café
29/11/2021
UN Women programme helps ease violence at schools and homes in Timor Leste
11/08/2021
I am Generation Equality: Captain Zoya Sapra Aggarwal, pilot and gender equality advocate
END_OF_DOCUMENT_TOKEN_TO_BE_REPLACED