A historic conference by UN Women and the Centre for United Nations Peace Keeping (‘CUNPK’) brought together the military and gender experts for the first time in India, and was a major step forward to find solutions to integrate women into peace building efforts. The conference was attended by leading representatives from the Indian military, UN Women, academia, civil society representatives, as well as militia, legal and peace building communities.

“This conference was a first time initiative by the Indian Army. It shows a real commitment on behalf of the Indian army, UN Women and the international community generally to integrate women into all aspects of peace keeping,” said Anne F Stenhammer, UN Women’s Representative for India, Bhutan, Maldives and Sri Lanka.

The major outcome of the conference was a consensus document that highlights best practices for engaging women in peace building and strong recommendations for improvement. “The delegates highlighted the need for advocacy at all levels with better capacity building and training of military personnel. They also spoke about how conflict impacts women and concluded that peace agreements have largely been negotiated by men and ignored the needs of women,” added Ms Stenhammer. The speakers also highlighted the fact that recruiting more female personnel is important as is ensuring that women personnel are deployed to areas where they are most needed. 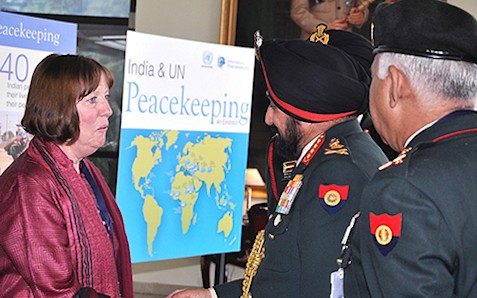 Peace Huts have played an important role in rebuilding peace in Liberia. When troops arrived, they observed that Liberians already used the method of using huts in local villages for people to raise and discuss issues and find solutions. These huts were traditionally run by men and fees were charged for the services. Building on this model, ‘Peace Huts’ were established which were staffed by women and had a similar role.

“It is vital to make use of existing indigenous mechanisms for the peace building process. The Peace Huts have been a huge success and have been readily adopted by local populations to resolve such issues as domestic violence,” said Ms. Sarah Douglas, UN Women New York.

Ms. Douglas also stated that there was a need to ensure state police and military forces work together with women to build peace. To build the trust of the community, the UN supplied satellite phones to women working in the Peace Huts so that other women could contact and rely upon the police when necessary.

Major General Patrick C Cammaert who has served as the head of the peacekeeping mission in the Democratic Republic of Congo stressed that “pre-deployment training was crucial to ensure that military personnel understand and identify the consequences of sex and gender based violence and are equipped to help survivors”. 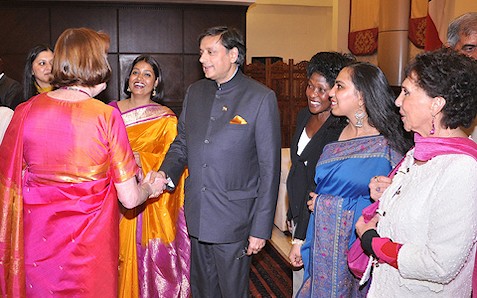 Ms Betty Bigombe, State Minister for Water Resources, Government of Uganda refuted the commonly held belief that war is a “man’s domain”. “All studies confirm that involvement of women in mediation is crucial for sustainable peace . But there is still a gap between the intention and powers of SC 1325 and how peace is being implemented in practice. The negotiation of very few peace agreement and cease fires include women negotiators,” said Ms Bigombe who previously acted to resolve civil conflicts in Uganda during the 2000s.

Between 1992 to 2010 of 585 signed peace agreements, only 16% mentioned the word woman, and only 7% mention gender equality of women’s rights. These should be seen as missed opportunities to work towards a sustainable peace.

A cornerstone of the conference was Security Council Resolution 1325/2000 (SCR 1325) which aims to ensure that the needs of women and girls are considered in peace building efforts. This resolution has long been held as an important legal tool in engaging women in the peace building process and reducing the impact of conflict on women. 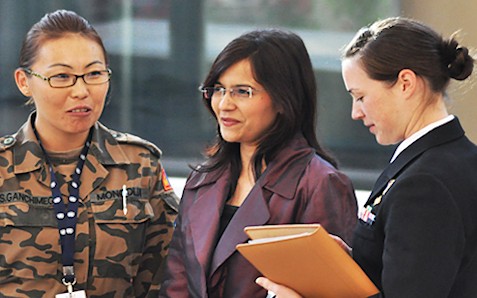 If the conference is any indicator, UN Women, CUNPK, and the Indian army are committed to ensuring that women and peace building are permanently on the agenda.