UN survey of 10,000 men in Asia and the Pacific reveals why some men use violence against women and girls

Bangkok, Thailand – A UN study of 10,000 men in Asia and the Pacific, released today, found that overall nearly half of those men interviewed reported using physical and/or sexual violence against a female partner, ranging from 26 per cent to 80 percent across the sites studied.  Nearly a quarter of men interviewed reported perpetrating rape against a woman or girl, ranging from 10 per cent to 62 per cent across the sites. 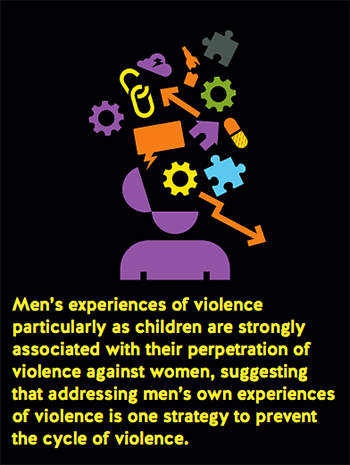 Men were interviewed across nine sites in Bangladesh, Cambodia, China, Indonesia, Sri Lanka and Papua New Guinea. The study, entitled ‘Why Do Some Men Use Violence Against Women and How Can We Prevent It? Quantitative Findings from the UN Multi-country Study on Men and Violence in Asia and the Pacific’ was conducted by Partners for Prevention, a regional joint programme of the UN Development Programme (UNDP), the UN Population Fund (UNFPA), UN Women and United Nations Volunteers (UNV) programme in Asia and the Pacific. It asked men about their use and experiences of violence, gendered attitudes and practices, childhood, sexuality, family life and health.

“This study reaffirms that violence against women is preventable, not inevitable” says James Lang, Programme Coordinator, Partners for Prevention. “Prevention is crucial because of the high prevalence of men’s use of violence found across the study sites and it is achievable because the majority of the factors associated with men’s use of violence can be changed.”

Regarding rape, the study found that in the sites where the survey was conducted:

For example, men who reported having perpetrated violence against a female partner were significantly more likely to:

To prevent violence against women, the study recommends we:

Emma Fulu, Research Specialist for Partners for Prevention says, “We hope to see this new knowledge used for more informed programmes and policies to end violence against women. Given the early age of violence perpetration we found among some men, we need to start working with younger boys and girls than we have in the past. We also need laws and policies that clearly express that violence against women is never acceptable, as well as policies and programmes to protect children and end the cycles of violence that extend across many people’s lives.”

Partners for Prevention is a regional joint programme of the UN Development Programme (UNDP), the UN Population Fund (UNFPA), UN Women and United Nations Volunteers (UNV) programme in Asia and the Pacific.

Partners for Prevention was established in 2008 to coordinate and strengthen efforts to prevent gender-based violence across Asia and the Pacific. Today, it is comprised of a team of programme specialists based in Bangkok, regional UN advisers in Bangkok, Delhi and Bonn, and UN partners based in country offices around the region. The joint programme brings together the combined strengths of the four partner agencies - and a wide array of other partners - in a concerted effort to promote evidence- and theory-based approaches to prevention, including those that work with boys and men alongside girls and women, to transform gender inequitable attitudes, practices and social norms. The programme has received financial support from the Governments of Australia, the United Kingdom, Norway and Sweden.

Related News
08/03/2022
New UN Study says Fear, Violence, and Isolation Prevents Myanmar Women from Accessing Income and Healthcare
15/03/2021
I am Generation Equality: Net Supatravanij, Thai social entrepreneur and activist against gender-based violence
10/03/2021
This is what leadership looks like: Nan Zar Ni Myint empowers migrant domestic workers in Thailand amidst the pandemic
10/12/2020
Ending violence against women cannot be done by one sector alone
09/12/2020
“It fulfils and motivates me when they say ‘Thank you’, when I see them empowered, knowing where to seek help.”
END_OF_DOCUMENT_TOKEN_TO_BE_REPLACED