Suva - Meet Meri. She works as an Agricultural Extension Officer and has been active in national associations, speaking out on issues related to agriculture and chairing important committees. She is also the star of a new radio drama called “A Time to Stand” that follows her journey as she decides to stand for parliament for the first time. 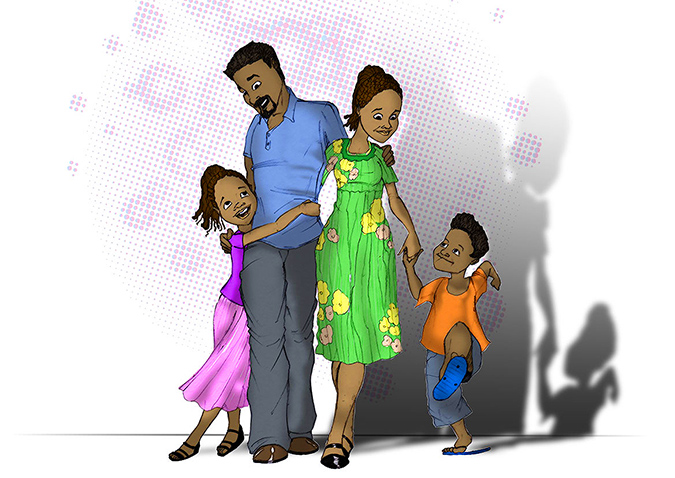 Meri and her family are the subjects of a new radio drama series focusing on women in parliament in the Pacific.

Meri is a fictional character, as is the Pacific Island country she calls home, but her story has been created to reflect the challenges women considering standing for election across the Pacific region face – both in making that initial decision to stand and in getting enough votes to win. The overall aim is to encourage Pacific Islanders to engage in political participation and to encourage more women to stand up and have a voice in key leadership and decision-making positions.

Created by UN Women, the European Union and Vois Blong Mere, a civil society organisation in Solomon Islands, and produced by Pasifika Communications, the radio series launches online today and a Pidgin version has been broadcasting across Solomon Islands from Monday November 3 ahead of the country’s national election later this month.

The 10-episode series follows Meri through her own and her family’s reservations about standing through to her first campaign speech and the need to balance her personal concerns with the rigours of campaigning.

Changes are taking place. An amendment to Samoa’s constitution means that 10 per cent of seats in parliament will be filled by women from the 2016 elections, Vanuatu has passed a temporary special measure that mandates a third of municipal council seats be held by women and in September Fiji elected eight women to their parliament (16 per cent) one of whom was named the country’s first female speaker of the house.

This year offers further opportunities with elections being held this month in both Solomon Islands and Tonga.

Nicolas Burniat, UN Women’s Deputy Representative at the Multi-Country Office in Fiji, says that while women have the right to vote and to stand for election in all Pacific countries, they often come up against negative gender stereotypes and socio-cultural norms.

“With this radio drama UN Women wants to encourage Pacific societies to reflect on what a leader looks like and the roles that women can and should play in politics. Radio is such a powerful medium here in the Pacific, and we hope that this innovative series will help start discussions about women and leadership in every house, village and community across the region.”

The radio series is part of EU-supported Strongim Mere project, which falls under UN Women’s Advancing Gender Justice programme. The programme focuses on increasing women’s political participation across the Pacific that includes empowerment workshops for media and secondary and tertiary students, leadership training for women candidates and technical support for governments. It also enlists female parliamentarians to share their experiences and male parliamentarians to speak out about the need for, and advantages of having, women in leadership roles.

Ambassador Leonidas Tezapsidis, Head of the European Union Delegation to Solomon Islands and Vanuatu, says the EU sees supporting women’s empowerment and participation in politics as necessary in helping Pacific Islanders make full use of their potential.

“The radio drama accurately depicts the challenges that women in Solomon Islands face when they try to participate in political life in a male-dominated countries and how to overcome them. This helps to spread this message to all provinces, constituencies and villages of Solomon Islands, especially in the rural areas where it is most needed.”

The Pidgin version of A Time to Stand started broadcasting on Vois Blong Mere in Solomon Islands on Monday November 4 and will air every day at 5pm with a repeat at 9.10am.

All 10 episodes can also be accessed online at https://soundcloud.com/unwomen/sets/a-time-to-stand.

The AGJP programme works to identify and break down country-specific barriers to women’s political participation and access to justice and human rights. To do this, it provides training, support and resources to candidates, governments and civil society organisations to affect change at every level.

The programme been designed using nationally-identified priorities that acknowledge and highlight the complexity in changing social norms, values and cultural practices around human rights, access to justice and women’s political participation.