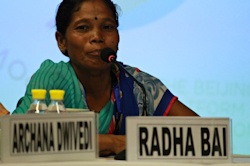 "After receiving gender training and understanding what gender inequality entails, I would go back home and count the number of times that I was discriminated against. It was eye-opening and I realised how much women suffer in a patriarchal society." Radha Bai voiced the experiences of thousands of women of her tribe in India’s Madhya Pradesh state during the Beijing+20 India Civil Society Organizations (CSO) National Consultation held on 11 and 12 August in New Delhi, India.

Radha started as a self-help group member of the Narmada Mahila Sangh, a federation of women’s groups in the region, and is now working as community resource person, sensitising other women on gender, patriarchy, and their rights and entitlements. Radha Bai’s life trajectory is a source of inspiration to many and demonstrates the progress that India has made in its journey towards gender equality since 1995, when the historic Beijing Platform for Action (BPfA) was adopted by 189 countries. 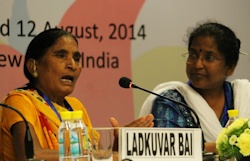 Supported by UN Women and led by Bejing+20 Civil Society Working group, the Beijing+20 India Civil Society Organizations national consultation encapsulated the spirit of India’s vibrant civil society, with participants from across the country speaking in their own languages, amidst intense discussion, group work to develop concrete strategies to accelerate the implementation of the BPfA, as well as poetry, song and dance. Passionate voices from civil society, grassroots women’s movements, the government of India, youth movements, policy institutes and the media, came together for a meeting that was celebratory, analytical, and reverberated with strong messages of solidarity, collaboration, accountability, and inter-sectionality.

The presence of many strong voices including of those who were part of the Indian delegation at Beijing in 1995; voices of those working at the grassroots and that of young people who stand at the helm of the civil society today, is what made the consultation truly remarkable. This diversity reflected in the discussion, which now includes issues such as disability and sexuality along with class, caste and gender.

Speaking on the panel on the Beijing+20 Process, the Post-2015 Development Agenda, and strategies for strengthening government accountability, Dr. Ruth Manorama, President of the National Alliance of Women’s Organisations (NAWO), reinforced the need for women to be seen as a political lobby and a force to reckon with. “More young women should join the Indian women's movement and re-energise it,” she added, articulating the mood of the consultation and the emphasis on youth-led movements.  The consultation also acknowledged the rise of social media as an effective platform for the feminist movement in India, which reached a pivotal stage with national and global outrage and conversation following the gang rape of a young woman in Delhi in 2012.

The panel discussion on security and freedom from violence explored the political economy of gender based violence, violence against marginalised groups, conflict situations and strategies for engaging with men and boys. Dr. Nandita Shah, Co-Director of Akshara Women’s Resource Centre, stated the crucial and diverse elements of violence – “engagement with men in key not just for mind-set change but also to achieve overall equality; and we must bring the issue of identities such as LGBTIQ (lesbian, gay, bisexual, transgender, intersex, and queer) while addressing any kind of violence. Issues such as portrayal and representation of women in the media have been relegated to the side, and must be examined.”

The outputs of the Beijing+20 India Civil Society Organizations national consultation will be used to inform the regional review process during the Asian and Pacific Conference on Gender Equality and Women's Empowerment: Beijing+20 Review in November 2014 in Bangkok and subsequently feeding into the global dialogue to be held during the 59th Session of the Commission on the Status of Women in New York in March 2015. The Beijing+20 Review process will culminate at the General Assembly session in September 2015 with a recommitment by Member States to the BPfA. 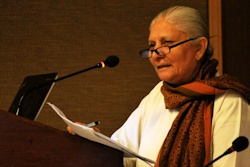 “Twenty years post-Beijing, it's time for us to seek accountability for implementation of the BPfA and demand gender equality.  Gender equality is the cornerstone of the Indian constitution and we need institutional mechanisms political will and financing to achieve it. We need strong partnership between the government and the civil society to achieve gender equality in India," concluded Dr. Pam Rajput, Chairperson of the Beijing+20 India CSO/CSAG (Civil Society Advisory Group) working group and Chairperson of the High-level Committee on the Status of Women, Government of India.

The consultation also encouraged wide participation through twitter with the hashtag #Beijing20India, which reached more than 800,000 people with almost 700 tweets by 247 contributors. 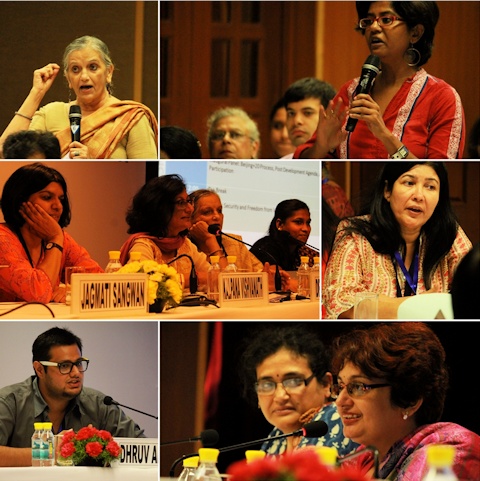