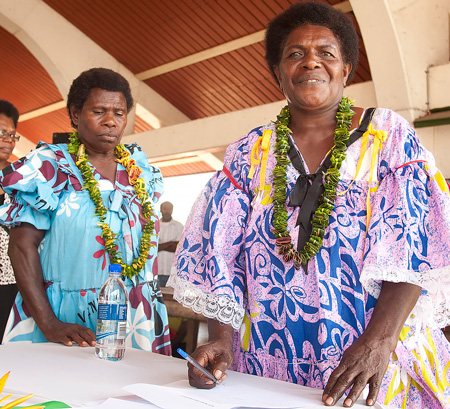 The Silae Vanua Market Vendors Association (Silae Vanua) has gained certification under the Charitable Associations (Incorporation) Act. This gives the association legal standing to engage in decision-making, and agree on improvements and operating conditions with market managers and the municipal council in charge of the Port Vila Central Market.

Women make up over 90 per cent of Silae Vanua which includes vendors from off-shore islands around the main island of Efate. In total around 1,000 market vendors are represented by the association.

Registration of Silae Vanua follows large celebrations at the signing of the association’s founding constitution attended by more than 200 people at the Port Vila Central Market on 15 May 2015.

Silae Vanua spokeswoman, Salomè Perkonè says the association is focused on growth, with a recruitment drive next on the agenda.

“Over time we hope to build up the skills and resources to represent our members in any market in Vanuatu where Silae Vanua membership is represented,” she says.

Silae Vanua was set up as a result of “Getting Started” workshops held in Vanuatu in late 2014 as part of UN Women’s Markets for Change project. The workshops focus on supporting market vendors in getting organised so they can take part in the decision-making processes that govern their workplace; an important part of this process is forming and running representative, inclusive and democratic associations. 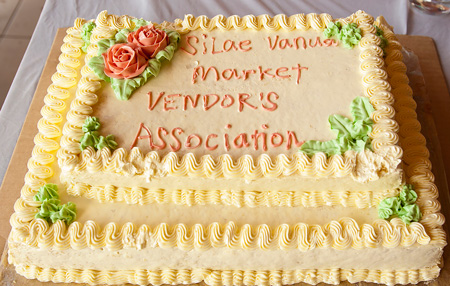 Markets for Change International Project Manager for Vanuatu, Begona Vazquez, says many members of Silae Vanua lost their homes and gardens when Category 5 Cyclone Pam devastated the islands in the south-east of Vanuatu on 13 March 2015. She says it is testament to their determination that work on the founding constitution and incorporation of Silae Vanua maintained momentum in the months following the cyclone.

“This is an exciting step ahead for all market vendors in Vanuatu. Participating in economic activities, such as selling surplus produce at the markets, allows women to effect positive change in their own lives and their communities, with ripple effects for the whole nation,” Ms Vazquez says

“We look forward to working with the association and local government counterparts to establish market places that support women’s economic aspirations, are safe, inclusive, and accountable to the needs of women.” 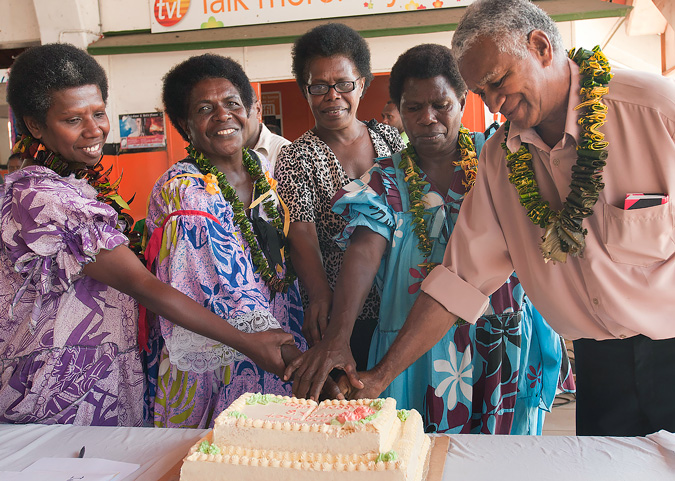 Markets for Change is principally funded by the Australian Government and aims to strengthen women’s economic security and rights in market places throughout Vanuatu, Fiji, and the Solomon Islands. The six-year initiative includes three markets sites in Vanuatu – Port Vila, Luganville and Marobe – as well as five Shefa Province ring road markets.

Between 75% and 90% of vendors working at Pacific marketplaces are women and their earnings often make up a significant portion of the incomes of many poor households. Despite this, women are often excluded from market governance and decision-making. Markets for change works with stakeholders, service providers and the market vendors themselves to: build and support inclusive, effective and representative advocacy groups; deliver appropriate services, training and interventions; ensure women’s voices are heard and taken into account at the decision-making level; and to improve physical infrastructure and operating systems.

Australia’s Department of Foreign Affairs and Trade has provided AU$10 million to support the implementation of the Markets for Change project.