Hanoi, Viet Nam – Thirty-five youth leaders and activists from Northern to Southern regions of Viet Nam came together to participate in a three-day training organized by UN Women and the Viet Nam Volunteer Center, Youth Union (VVC). The training aimed to deepen knowledge and understanding of the youth leaders and activists on gender equality and violence against women and girls (VAWG), using social media as a tool to advocate and engage other youth in ending VAWG.

In Viet Nam, a remarkable 95 per cent of young people between the age of 15 and 24 have access to the internet. Due to a growing demand and popularity of social networking, Viet Nam is one of Facebook’s fastest growing markets in the world, with an estimated 30 million Facebook users in 2015.

“Social media is part of my life. I use it daily for networking, news updates, entertainment and to learn new things. I also use social media for my work,” said Vu Tran, a young male activist who is managing a volunteering network that consists of hundreds of students in Ho Chi Minh city.

During the training, Vu and his peers - young leaders of volunteer clubs and youth organizations in Hanoi and other regions of Viet Nam, were equipped with knowledge and skills to address VAWG and its root causes using “The Change-Makers” which is a regionally-focused, youth-friendly toolkit for peer educators to facilitate discussions on gender equality, violence against women, healthy relationships and positive activism, developed by UNiTE Youth Network in Asia and the Pacific. Trainers also taught them about the current social media environment in Viet Nam as well as ways to advocate and engage other youth to end VAWG using different techniques and skills of mobilizing the outreach potential on the social media. 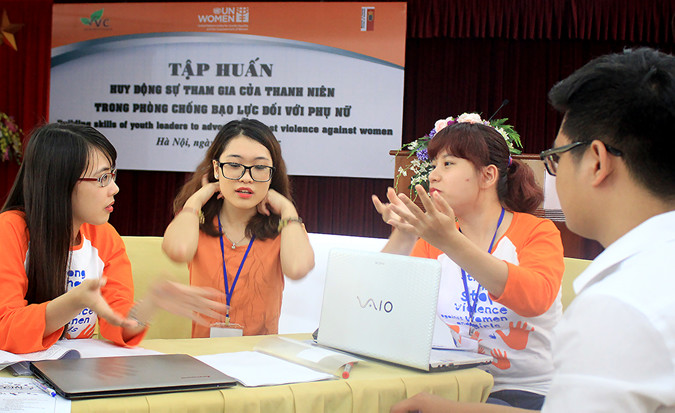 “I was shocked to learn that 6 in 10 ever-married women in Viet Nam experience domestic violence. Many female friends also shared with me that they have experienced sexual harassment in public spaces. I am lucky to be part of the important initiative to prevent VAWG” Vu claimed.

On the last day of the training, Vu and other participants were divided into different groups. Each group developed its own action plan to advocate against VAWG in their communities using social media. 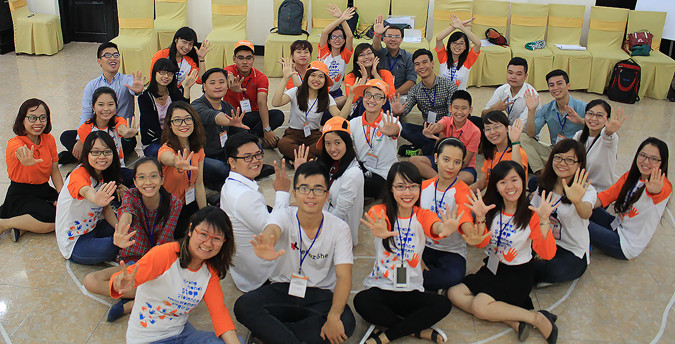 Sharing his group work, Vu said that his group plans to create a Facebook fanpage to challenge old-fashioned patriarchal social norms and existing gender stereotypes, and to promote healthy and non-violent relationships among young people. “We will also ask support from youth’s favorite singers and artists in Ho Chi Minh City to join our campaign. Each individual can be a part of the solution in different ways to end VAW.” Vu added.

Other groups also came up with a variety of ideas. For example, using YouTube videos to raise awareness among people to break the silence and take action when they witness VAWG in public spaces; develop an online guideline to help newly graduated students to address sexual harassment in workplace etc.

The training course is the first stage of the project “Promoting alternative positive masculinity in the young generation through social media,” implemented by UN Women and VVC. The project’s goal is to reduce acceptance of VAWG among young boys and girls using social networks as a tool to engage Vietnamese youth to take action to end VAWG. The project is funded by the Danish Innovation Facility, the Government of Denmark. In the coming weeks, UN Women and VVC will select the most creative and feasible social media plans and support selected groups to implement their initiatives between August and October.