Journalists, students and potential political candidates will take part in a number of trainings in Apia this week to help them play their part in increasing the number of women in parliament at the 2016 election. 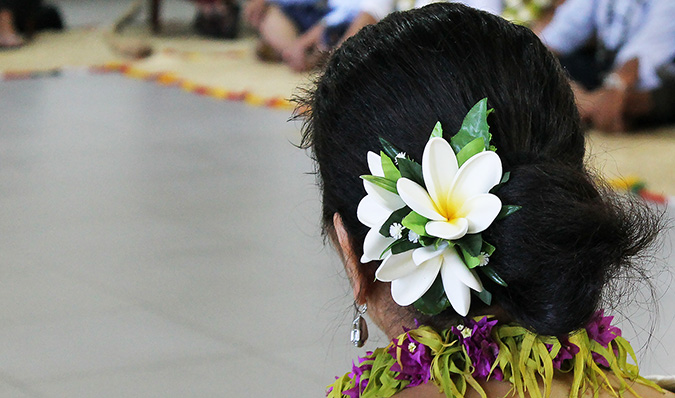 A two-day workshop on gender-sensitive election reporting for National University of Samoa (NUS) journalism students starts on Tuesday 4 August, followed by a one-day workshop on the same theme with professional journalists on Friday 7 August. Political parties and potential candidates will attend a one-day training on Wednesday 5 August about political processes, including the 2013 constitutional amendment guaranteeing 10 per cent representation of women in Samoa’s Legislative Assembly. NGO representatives will also attend a short training on using social media to spread their message.

The trainings are part of the Increasing Political Participation of Women in Samoa (IPPWS) Programme, a joint programme between UN Women and the United Nations Development Programme (UNDP) in partnership with the Government of Samoa, and with funding from the Australian Government, UNDP and UN Women.

The Pacific has the world’s lowest rates of women in parliament – an average of just 5.5 per cent – and this is also reflected in Samoa. Just three women are currently in parliament, which means Samoa ranks 126 out of 138 countries; in the 2011 election, just eight of the 162 candidates were women.

Increasing women’s participation in leadership and decision-making has been proven to be good for overall economic and social development, and studies have shown that it has a particularly marked effect on women’s overall participation in the labour force, their share of public employment opportunities and access to public goods such as roads and health services.

The IPPWS programme focuses on awareness-raising, capacity building for women participating in the parliamentary process, and providing information and training to political parties ahead of the election. It also includes post-election mentoring support for all members of parliament on subjects such as gender-responsive budgeting and gender-sensitive legislation.

Gatoloai Tili Afamasaga, IPPWS Coordinator, says increasing women’s political participation in Samoa relies on a shift in attitudes around the roles women can and should play in politics.

“There is a tremendous amount of leadership potential among Samoa’s women, and they have a right to a voice in parliament. These workshops provide an opportunity to share information and resources, answer questions, provoke discussion and encourage change.”

UN Women’s Country Programme Coordinator for Samoa, Suisala Mele Maualaivao, says as an essential source of information, the media plays a critical role in shaping attitudes around the importance of women in parliament.

“Newspapers, television and radio reach so many people, even in remote areas, providing an invaluable opportunity to ensure that communities are exposed to the full diversity of candidates and the issues they stand for, as well as to start conversations about gender equality across the country. We must also not forget social media, which provides a loudspeaker for groups beyond the traditional channels.”

The trainings for journalism students and media professionals are being delivered under a partnership with NUS that was formalised through the signing of a Memorandum of Understanding this week between UN Women and NUS.

The IPPWS programme officially launched in April 2015 and will finish at the end of September 2016.

The Increasing Political Participation of Women in Samoa (IPPWS) ProgrammeThe Increased Political Participation of Women in Samoa (IPPWS) is a joint programme between UN Women and UNDP, in partnership with the Government of Samoa and the Australian Government. It was launched in March 2015 and works across the following main areas: (1) facilitating space for discussion and awareness at a community level on the importance of women’s participation in politics, gender equality and good governance; (2) building the capacity of women in parliamentary processes and procedures in preparation for the elections; (3) working with political parties by making information and analysis available as well as strengthening internal governance processes to support women candidates, gender equality and women’s rights; (4) providing post-election mentoring support to all members of parliament on activities including responsive budgeting and the preparation of gender-sensitive legislation.

UN Women: The United Nations Entity for Gender Equality and the Empowerment of Women

A global champion for women and girls, UN Women was created at the July 2010 United Nations General Assembly in order to accelerate progress on meeting their needs worldwide. The Fiji Multi-Country Office is based in Suva and covers 14 Pacific Island Countries and Territories (PICTs)
Website: asiapacific.unwomen.org/en/countries/fiji
Facebook: www.facebook.com/unwomenpacific
Twitter: www.twitter.com/unwomenpacific

Related News
30/09/2021
From where I stand: “My message to every parent: Get your girls educated.”
29/09/2021
Coverage: Transforming lives through education and opportunities for women in India
17/09/2021
I am Generation Equality: Neha Singh, financial leader, believes in equal pay
11/08/2021
Take Five: “Make sure all toxic cycles of family traditions end with you”
06/08/2021
I am Generation Equality: Umama Zillur, Bangladeshi feminist activist and researcher
END_OF_DOCUMENT_TOKEN_TO_BE_REPLACED