Kathmandu – The Report analyses the progress and gaps in the implementation of the gender equality agenda in Nepal, establishing an evidence-based, updated record of the situation of women in Nepal covering a 20-year period between 1995 and 2015. Focusing on examining three particular areas – violence against women and women’s human rights, resources and capabilities, and voice, agency and leadership – the report shows that there has been some notable progress towards gender equality and the empowerment of women over the period covered by the report. Nepal’s constitutional and legislative frameworks have become more gender friendly. Affirmative action laws and policies have improved women’s voice and agency in politics and governance. Gender has received increased attention in government development programmes, plans, policies and budgets. Women and girls have improved access to education, reflected in educational and professional outcomes. There has been significant decrease in maternal and child mortality rates. Some improvements have also been evident in women’s access to economic resources, including land and house ownership.

However, the report concludes that much more remains to be done to address the remaining barriers to achieve the Sustainable Development Goal of gender parity by 2030. It extensively discusses factors that still prevent women from realising their rights. Traditional cultural norms and values, which legitimize violence and discrimination at home, in the community and in the market against them and inadequacy of laws, institutions and financial and human resources to address them, are discussed in detail with evidence. With this evidence base series of actions are recommended to transform the social norms and attitudes, assist the women to overcome the structural social and economic barriers to effective participation in the market and to ensure their full participation, voice and agency in all spheres of the local and national life. 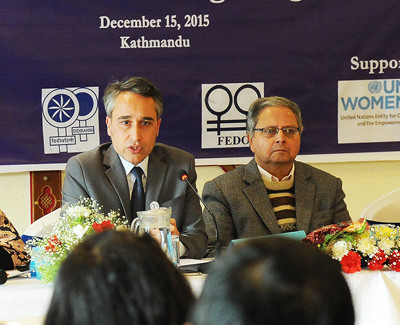 Recommendation are organised under six major sections, which include amendment of remaining discriminatory legal and policy frameworks to ensure not only formal but substantive equality for women and girls, transforming the social norms and value systems with intensive media campaigns using all channels of communities and institutions including community groups, men and women, transforming the economy, more investment in strengthening women’s capabilities (quality education and health), ensuring women’s full participation, voice and agency and strengthening the accountability system with stronger institutions equipped with adequate human and financial resources, adequate authority, and a gender responsive data/evidence based robust monitoring system. The report puts much emphasis on equipping and strengthening the national women’s machinery and other relevant government entities with the necessary capacity to carry out their responsibilities and strengthening the evidence base for informed policy making, especially on violence against women and girls. 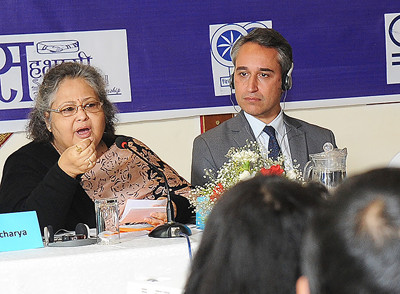 The concrete economic measures recommended to transform the market for women include better targeting of educational and health assistance and training to cater to the most disadvantaged groups of women and men, technology development and distribution to reduce the household work of women, its recognition in the macroeconomic policies, and marketing and higher levels of financial assistance to women entrepreneurs. The report emphasises that these measures must be implemented along with transformation of the macro-economic policies to ensure that they do not harm interest of women and the poor, instead ensure more employment and income opportunities for them, recognizing the contribution that women make to the national economy through their household and care work. 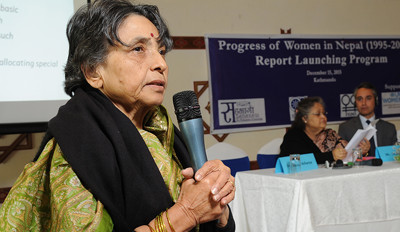 Finally the report puts strong emphasis on the need for empowerment and capacity building of women as rights holders to claim their rights and demand for accountability, and the need for concerted efforts to address the widespread discriminatory social norms and gender stereotypes in the society.

The report, authored by a team of competent researchers led by Dr. Meena Acharya has been the outcome of collaborative efforts by Nepalese women’s civil society organizations, SAHAVAGI, Didi Bahini and the Feminist Dalit Organisations and supported by UN Women Nepal. Report findings have been supported by extensive research and analysis. A list of prominent advisors and peer reviewers, both from the government and non-government sectors, have also contributed to giving the final shape to this report.

Related News
08/09/2022
Take Five Pertti Anttinen
01/06/2022
One Step at a Time
03/12/2021
From where I stand: “Do not wait for others to hand you your rights”
01/10/2021
Comprehensive relief package provides support to women and excluded groups during the COVID-19 pandemic in Nepal
08/09/2021
Take Five: Continuous advocacy is critical for achieving gender equality in citizenship and ending discrimination against women both in law and practice
END_OF_DOCUMENT_TOKEN_TO_BE_REPLACED